She was set to appear that day before the Quezon City Regional Trial Court (QC RTC) because she is challenging the INC’s ownership claims over No. 36 Tandang Sora Avenue, Quezon City.

Since Lottie is fighting the 101-year-old church, fences 6 to 9 meters high have been put up around the compound where she and brother Felix Nathaniel “Angel” Manalo are currently staying, blocking access to their respective houses. (READ: INC’s Angel Manalo to brother Eduardo: Don’t fence us in)

Lottie was still able to face QC RTC Branch 222 Presiding Judge Edgar Damacio Santos on Wednesdsay, however. Her lawyer Trixie Cruz-Angeles just had to sneak in some people and a ladder to get Lottie out of the compound. (READ: Court to INC: Remove blockade, restore power at Tandang Sora) The photo above, a copy of which was obtained by Rappler, shows Lottie scaling the wall with the help of a ladder. Her female house helper was on hand to help. 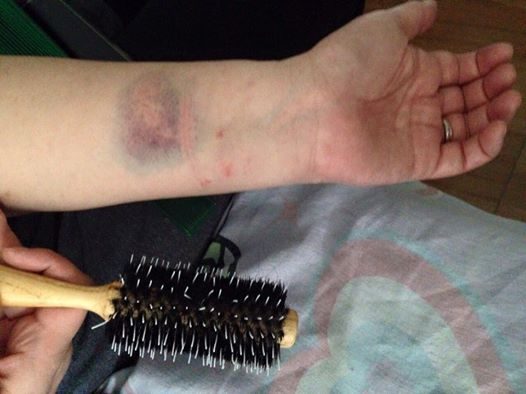 This is the latest of a series of harassment incidents which Lottie and Angel have been accusing the INC of.

The two were expelled from the church after Angel and their mother Tenny appeared in a YouTube video claiming their lives were in danger. (INFOGRAPHIC: The Manalos of the Iglesia ni Cristo)

This initiated the worst crisis the Iglesia faced in years, with former ministers alleging abductions and corruption within the church.

Angel and Lottie are paying the price: first, the INC asked the court to ban deliveries and visitors from entering the compound. Then additional security guards, CCTV cameras, and a portalet were put up to block the Manalo siblings’ driveway.

Electricity was cut off, too. And on Tuesday, a day before Lottie was set to appear in court, workers fenced their houses and blocked access to their supply of diesel powering their back-up generator. THE DAY THEY SUCCEEDED IN DESTROYING THE MEMORY AND LEGACY OF BRO. ERAÑO G. MANALO AND HIS FAMILY. THEY ARE JUST HEARTLESS. RANSACKED THE SACRED PLACE OF TATAY ERDY… 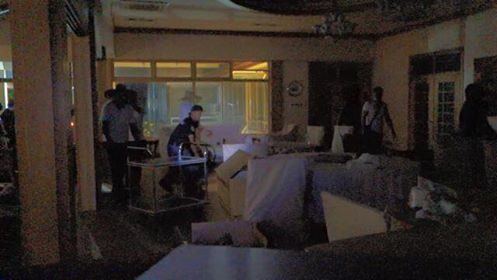 According to insiders, these are all attempts to force Lottie and Angel out of the compound.

What must the patriarch be feeling? – Mara Cepeda/Rappler.com