Jul 31, 2016 6:00 PM PHT
Editha Caduaya
Facebook Twitter Copy URL
Copied
When he is with Davao-based journalists he's known for a long time, the President turns into the mayor they are all so familiar with 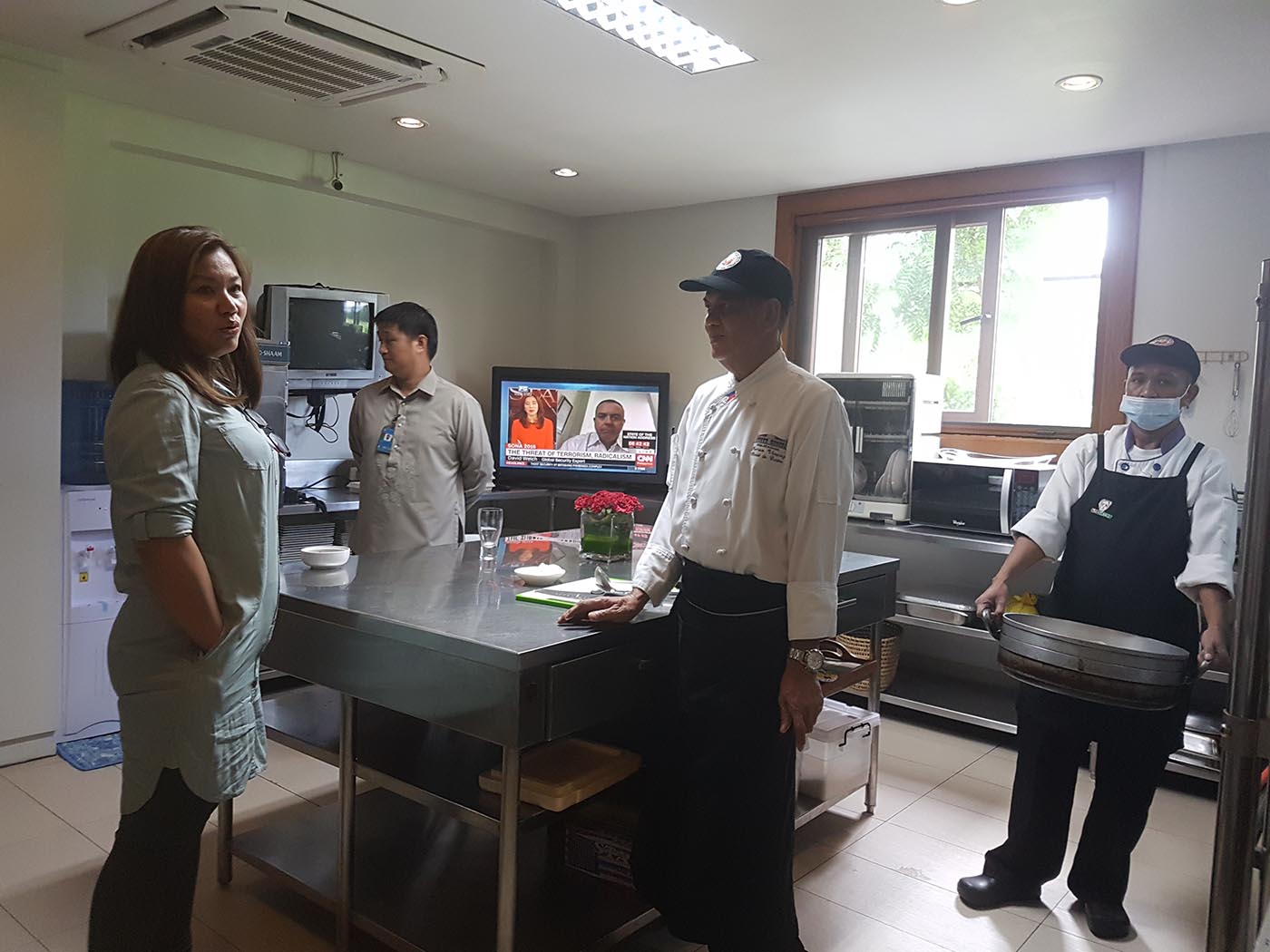 You’ve read about that relaxed after-SONA dinner that President Rodrigo Duterte hosted with select journalists – those who covered him in the campaign.

His barong sleeves rolled up, he illustrated the intricacies of the South China Sea issue and the peace talks using utensils and table napkins. He talked about how lonely it is at the presidential quarters, and then got a call from his 12-year-old daughter in Davao who was asking what he said in his State of the Nation Address, because she needed it for her school assignment.

Before calling it a night, Digong and common-law wife Honeylet Avanceña toured the reporters around Bahay Pagbabago, where she revealed that she and daughter Kitty had snuck out of the Presidential Security Group’s watch to drive around Davao City freely, like they had been used to.

Before the Manila-based journalists came – and before the President returned from Batasan – Honeylet came to the Bahay Pagbabago kitchen to hand to the staff… a bundle of overripe bananas and 3 pieces of mangoes. 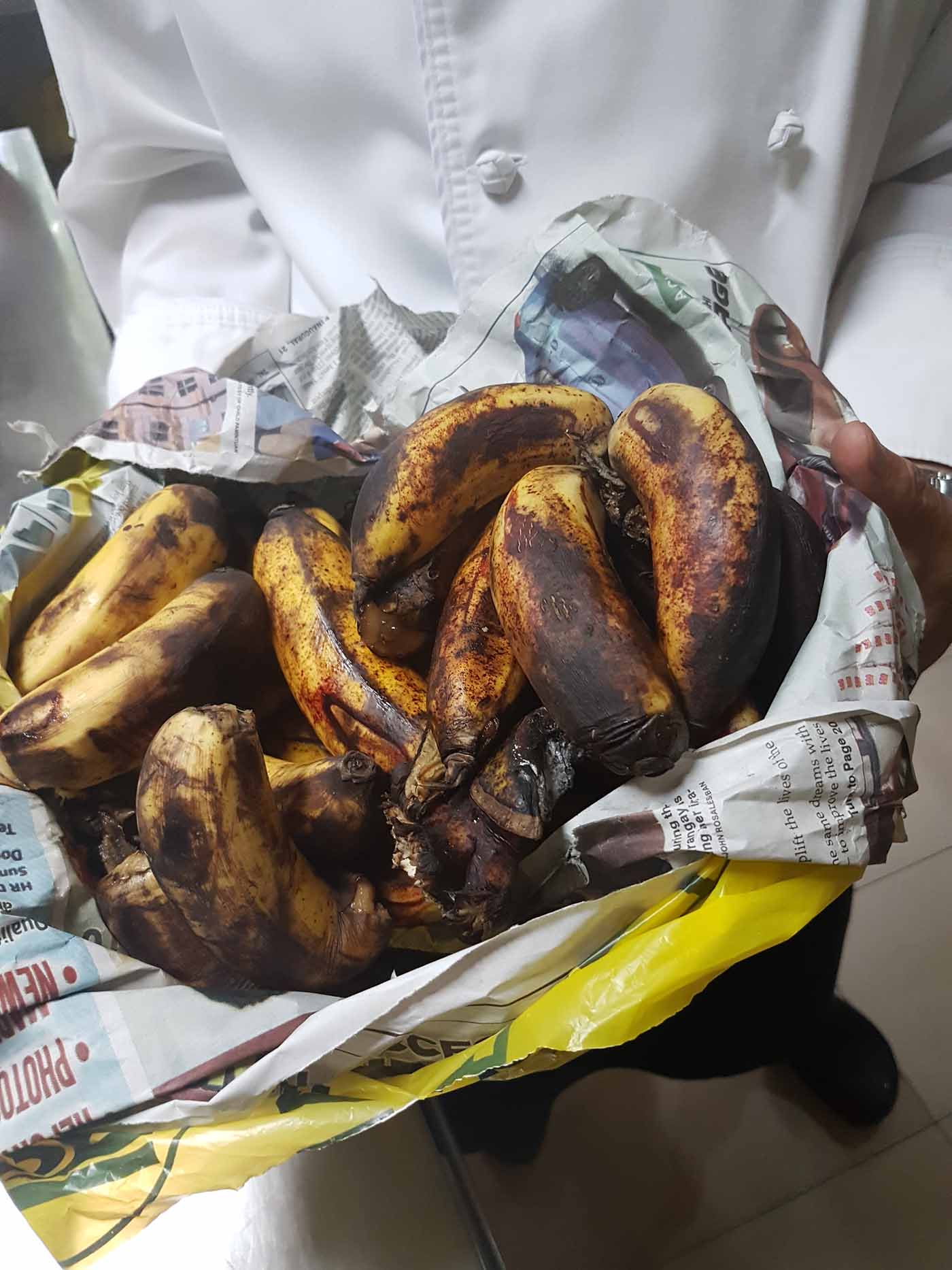 After the Manila journalists had gone home, the night wasn’t really over. President Duterte spent some more time with this writer and veteran Davao-based journalist Carol Arguillas. He shared a few more intimate stories.

What was your happiest moment in the last 25 days, as president?

“When I learned of the 91% trust rating, because I felt that the people have started to feel my campaign promise for change – pagbabago – and I know I still need to do more for my country.”

What is the quote-unquote unwanted part of being president?

Are you going to host the Miss Universe?

“Dili ko gasto (I will not waste money on that).” (He says government has to prioritize spending, and hosting Miss Universe is not among the priorities.)

(A few days later, the tourism department called a press conference to confirm its earlier announcement that the Philippines will host the pageant, but that the funds will come from the private sector. – Editor)

What about the SEA Games?

When will you end your boycott of the media?

“Hmm…. Sila kasi eh [It’s their fault] (referring to his experience with some Manila reporters). And even the PSG does not want me to get close during interviews. But maybe soon.”

(On August 1, Duterte ended his boycott of the media and held a press conference. – Editor)

Is it lonely here?

“Sobra (Very)! Because I am away from my family and children. That’s why I go home during weekends.”

What do you do when you’re here?

“I review all documents, reading books. I really need to have a good sleep – 3 hours of sleep is really not enough. I’m old.”

What time do you go to bed?

By then, we realized it was past 2 am, and we stood up to take our leave.

There was a gong at the door, and we joked about how it rhymed with his nickname: “President Digong, naay gong.” (President Duterte, there’s a gong.)

He banged it and exclaimed, “Pagbabago!” (Change!)

Now that was a send-off. – Rappler.com