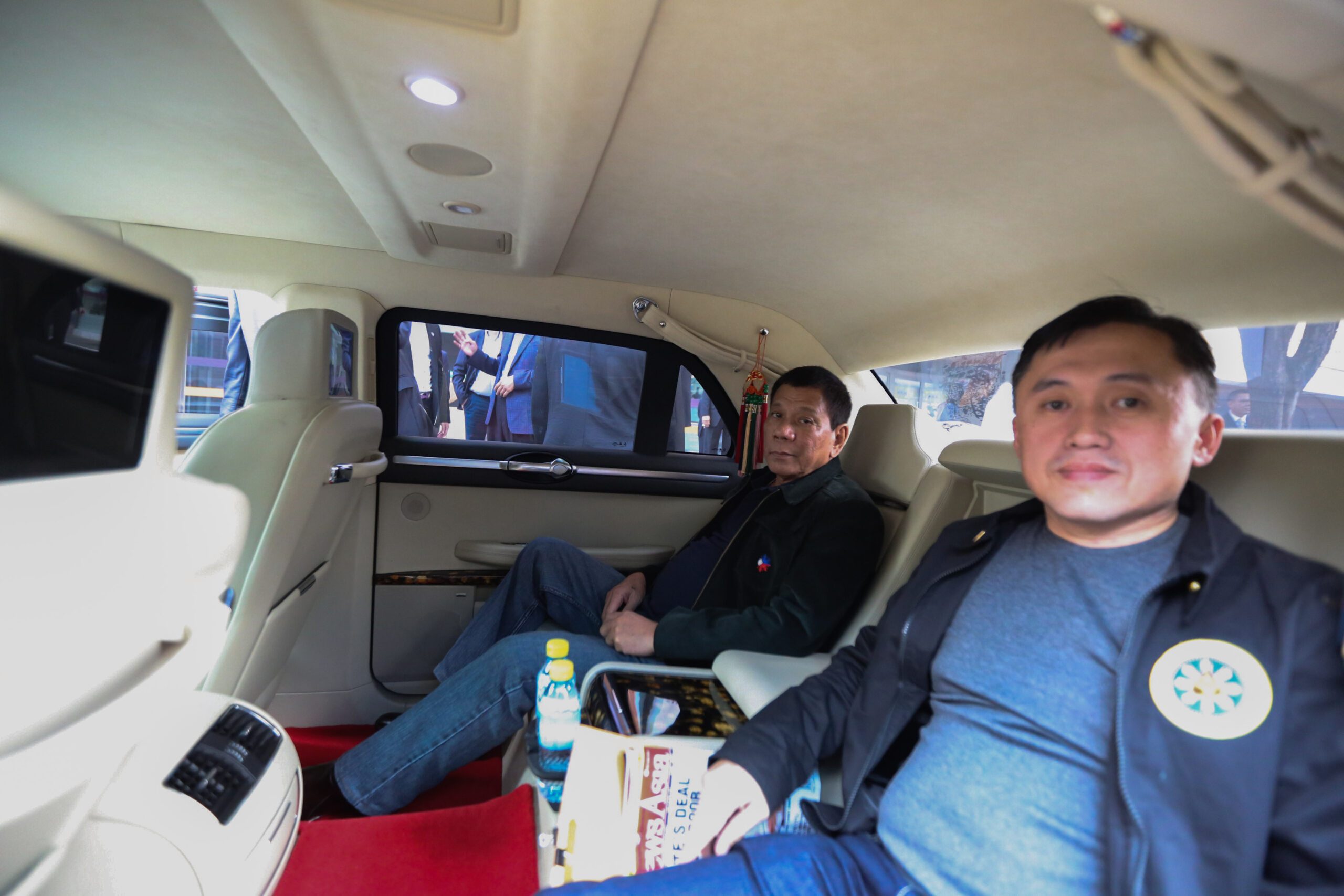 Special Assistant to the President Secretary Christopher “Bong” Go showed his funny side in a video he posted on his Facebook.

The video begins with Go and Senator Manny Pacquiao inside the plane as President Rodrigo Duterte and his official delegation fly to Singapore.

After Go nods, Pacquiao pretends to punch the presidential assistant. Go, maintaining his poker face, falls as if beaten to a pulp by the boxing champ, much to the delight of other Cabinet officials heard laughing behind them.

The video then cuts to Go beside a sleeping Pacquiao and Trade Secretary Ramon Lopez.

He then pretends to throw a volley of punches at the Pambansang Kamao and the trade chief.

Go, most often seen beside Duterte with a stone cold expression, is not known for his funny side in public. (READ: The man they call Bong Go)

But among reporters, Go is known to make comical impersonations.

A few days later, Duterte admitted he was the one who made the order on Marcos – through a phone call made by Go to Dela Rosa.

Go is known as the man with the best access to the President. He has been Duterte’s aide since 1998. – Rappler.com