Duterte says he ‘maybe’ killed a man at 17 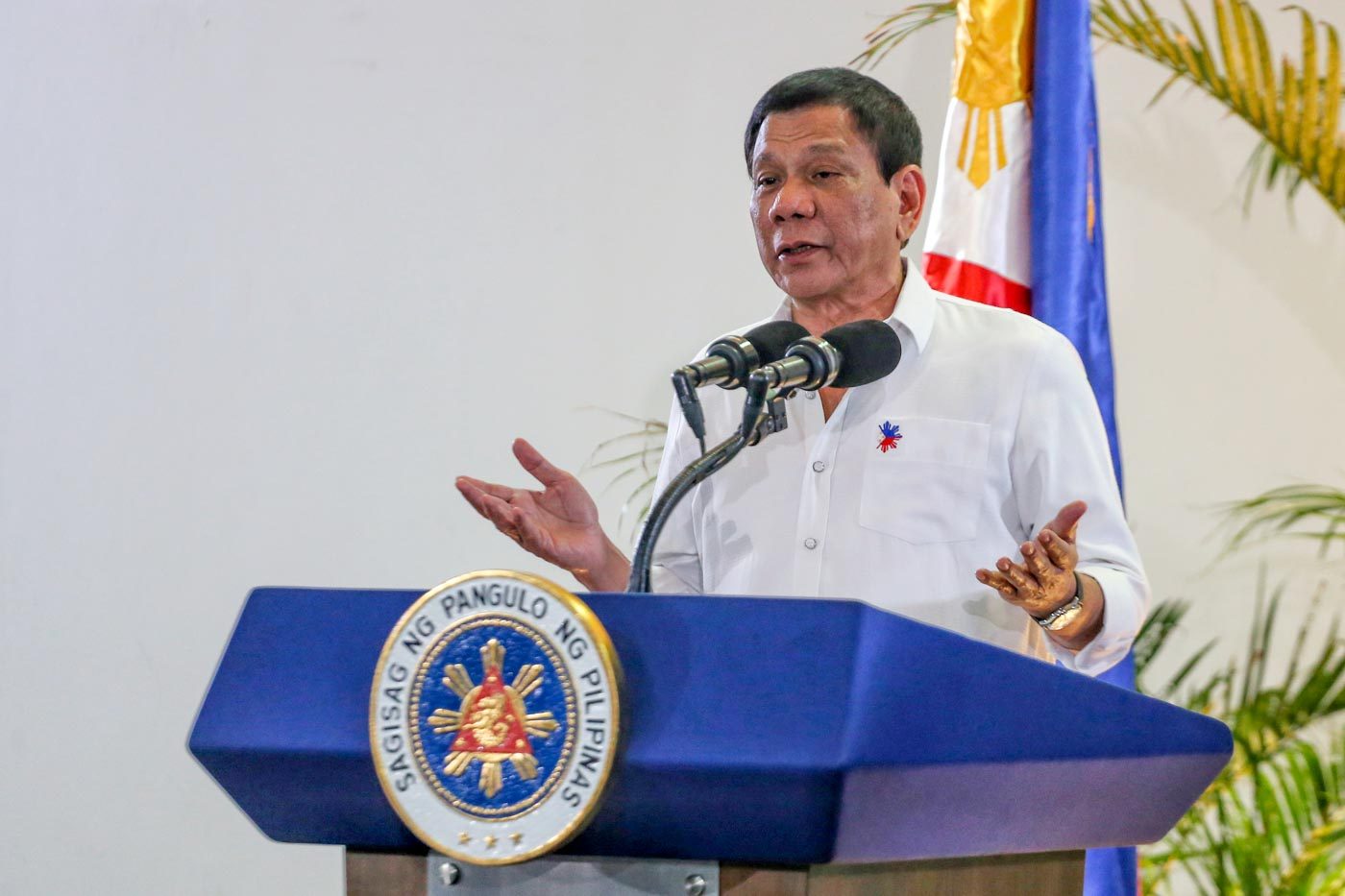 Facebook Twitter Copy URL
Copied
The would-be president reveals this in an interview with Esquire magazine in 2015, before he declared his candidacy

(UPDATED) Human rights advocates, as well as local and international media, are aghast to hear President Rodrigo Duterte casually admit recently to having killed criminals himself when he was mayor of Davao City.

This even prompted his archenemy, Senator Leila de Lima, to suggest that this admission by the President could be grounds for his impeachment.

It turns out, Duterte had admitted to “maybe” killing a man when he was just 17 years old. And he revealed this to a national magazine months before he declared he would be seeking the highest post in the land.

On Wednesday, December 14, the Chief Executive told businessmen who were gathered at the presidential palace: “In Davao I used to do it (kill) personally. Just to show to the guys (cops) that if I can do it why can’t you?”

He added: “And I’d go around in Davao with a motorcycle, with a big bike around, and I would just patrol the streets, looking for trouble. I was really looking for a confrontation so I could kill.”

His Communications Secretary, Martin Andanar, said the President didn’t mean it literally. But Duterte himself later gave specifics to BBC.

He told the London-based TV network that he killed 3 men who were accused of kidnapping and rape.

“I killed about 3 of them….I don’t know how many bullets from my gun went inside their bodies. It happened and I cannot lie about it,” he told the BBC.

He was just too glad to elaborate before journalists who covered him in Singapore.

The violent tendencies might have been with Duterte even as a young man, outside of official crime fighting duties.

In 2015, he admitted to Esquire magazine that he might have stabbed a man to death during a commotion on the beach.

“What’s the most brutal thing you’ve done to anyone?” writer and TV host Lourd de Veyra asked Duterte then.

Duterte’s reply: “Well if brutal in the sense minus the reason…killing a man is really brutal. [Even] if it’s justified, it’s still brutal. But if it’s not justified, then you just have to contend with karma. I have never in my life killed an innocent person.”

Esquire followed it up with, “Do you remember the first time you killed a man?”

Duterte replied: “Well, when I was young…I was 17. There was a tumultuous fight in the beach. We were young men then and we went to this beach and we were drinking and suddenly there was this…maybe I stabbed somebody to death…something like that.”

He said, however, that what he considered his first kill was the hostage-takers at the Davao Penal Colony in 1989, when he was city mayor and concurrently chairman of the Regional Peace and Order Council.

“And we shot them all, 16. I really don’t know how many shots I fired. I was already high with anger. Almost two nights and two days without sleep… I cannot remember, I simply blacked out. I said I will win,” he told the magazine.

He also admitted to “have killed” people during an interview with Rappler on October 2015, when he was still pondering whether to run or not for the presidency. (READ: Duterte, his 6 contradictions and planned dictatorship)

You can read the full Esquire Q & A here. Published in March 2015, and republished in August 2016, the article features questions that media personalities asked Duterte when he was still mayor. The questions cover a range of controversial issues that haunt him to this day.

Aside from De Veyra, Randy David, Atom Araullo, Bianca Gonzalez, Teddyboy Locsin, Lav Diaz, and John Lloyd Cruz asked Duterte about the establishment of a revolutionary government, the Davao Death Squad, the part he played in the context of the vigilante group Alsa Masa, whether he considered himself a fascist, and how he would deal with the Moro Islamic Liberation Front.

In sum, he told the magazine: “Killing criminals is not new to me.” – Rappler.com