Did Andanar misquote Duterte in column? 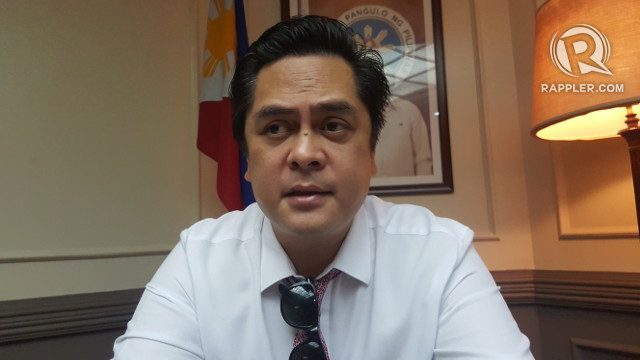 Entitled “Bewitched…and bewildered,” Andanar claimed in his column that during the Palace courtesy call of the Miss Universe 2016 contestants, Duterte uttered the lyrics of the love song “Bewitched, Bothered, and Bewildered” to express his admiration for the beauty of the women before him.

Andanar wrote: “Beyond prepared speech, the President admitted he hoped that day would never end. He then offered snippets of a song to the beauties around him, confessing he was ‘bewitched, bothered and bewildered’ by the event.”

But journalists who covered the event – and Malacañang’s official transcript of the President’s speech – attest that Duterte said no such thing.

Incidentally, the use of “bewitched, bothered, and bewildered” to describe Duterte’s behavior during the courtesy call can be found in an article of Inquirer’s Palace reporter Marlon Ramos published on the day of the Miss Universe courtesy call.

Ramos used the words in his article’s title. However, nowhere in the article itself does Ramos say these words were a direct quote from the President.

Andanar insisted he had not read Ramos’ article before writing his column.

He also denied identifying the lyrics as a direct quote from the President, saying it was a “play with words” on his part.

“It was a play with words because the President said…that it’s the first time he was in a room full of beautiful people, so what happened in my mind there [is] the song that was sung by Ella Fitzgerald, ‘Bewitched,’ so it was just a play with words,” he said.

But in his column, Andanar put the lyrics in quotation marks, which in news writing usually indicates the line was a direct quote and not an interpretation of the writer.

The PCO Secretary admitted he was not present at the courtesy call since he was still in the United States after attending the inauguration of US President Donald Trump.

As the PCO Secretary and one of Duterte’s designated spokesmen, Andanar has the primary function of communicating the President’s messages to the public as accurately and comprehensively as possible. (READ: 5 communication gaffes in Duterte’s first 100 days)

Misquoting the President, even in a column and not in an official Palace statement, may leave the public bothered and bewildered. – Rappler.com