Feb 1, 2017 8:24 AM PHT
Rappler.com
Facebook Twitter Copy URL
Copied
The justice secretary earlier accused Pangilinan – along with De Lima and Trillanes – of offering immunity to immigration officials to pin him down in the Jack Lam bribery case. He concedes it is hearsay. 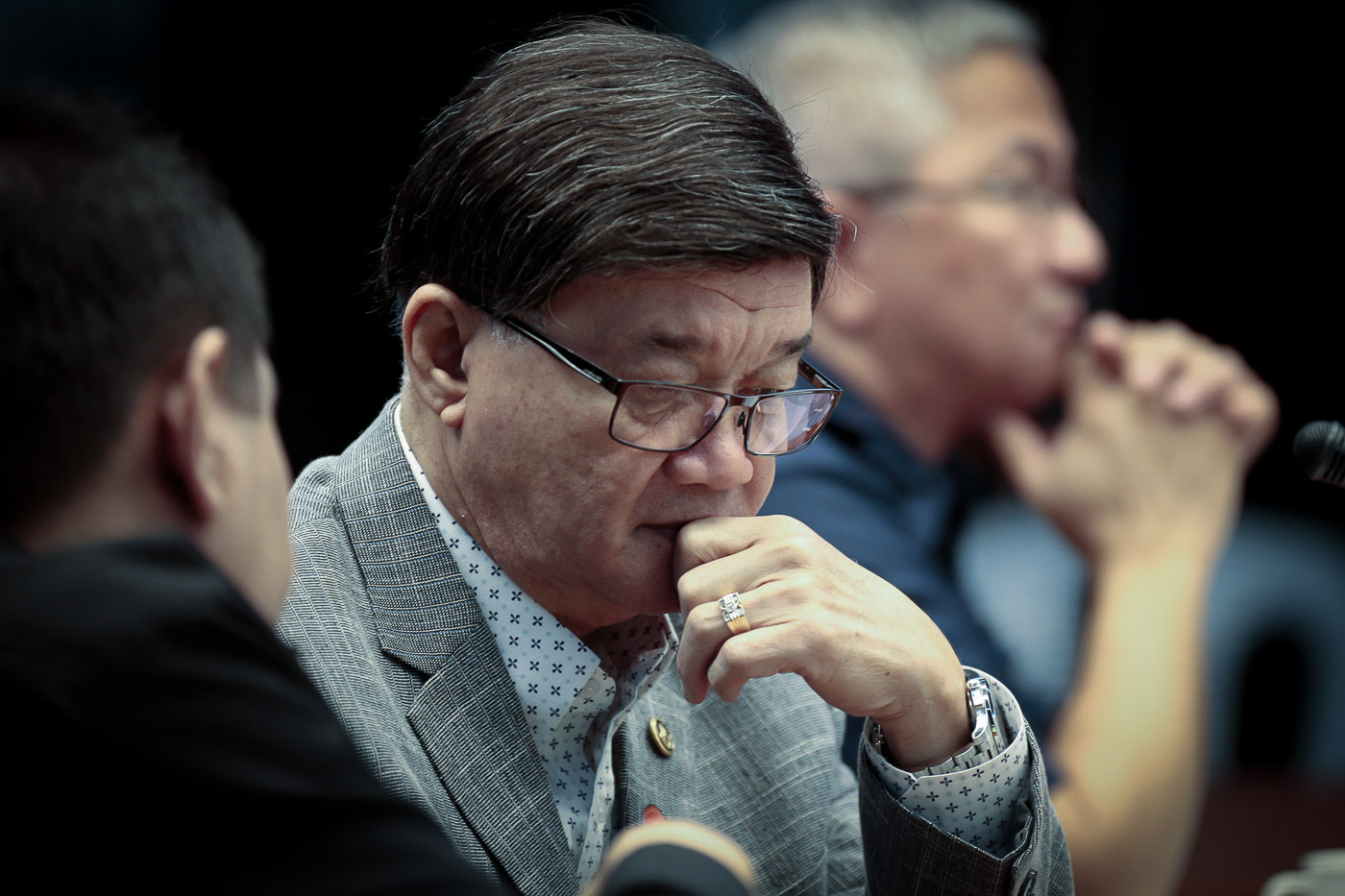 Justice Secretary Vitaliano Aguirre II is the type who does not hold back when making public accusations against certain personalities, including – or especially – the former justice chief and his fellow Bedan, Senator Leila de Lima.

And Aguirre did just that last week, shortly after the Senate held its first hearing on the supposed bribery attempt of tycoon Jack Lam.

When the Senate resumed its hearing on Tuesday, January 31, no less than Pangilinan himself manifested to confront the Cabinet official about his allegations. The apology came swiftly.

“Mister Chair, distinguished members of this honorable committee, to the Filipino people, I take this opportunity to rectify an error and, hopefully, blot out any tarnish caused on the reputation of a member of the Senate,” said Aguirre, reading out loud a prepared statement.

Aguirre confirmed media reports, and admitted to naming Pangilinan as one of the senators allegedly part of the plan to pin him down in the bribery attempt case.

He then quickly added: “After verifying from my sources, and referencing the information we have, let me state for the record that the good Senator is not involved in any plot or any plan as reported earlier. I apologize to Senator Kiko, a good public servant and an even better person, for any blemish caused to his unsullied reputation.”

Pangilinan thanked Aguirre for the apology. Links to articles about the justice chief’s apology were even sponsored posts on Pangilinan’s official Facebook account.

The apology for Senators De Lima and Trillanes, however, didn’t come as swiftly.

De Lima also confronted Aguirre, asking him to clear her as an alleged “plotter.”

The justice chief did not readily relent.

“I have to verify again because of the 3 that I mentioned, only Senator Pangilinan denied his role… with respect to De Lima and Trillanes…will I be given time, perhaps again next week to verify?” said Aguirre.

After some prodding by Blue Ribbon committee chair Senator Richard Gordon and apparent disbelief on De Lima’s part, Aguirre finally caved in. He apologized to both De Lima and Trillanes “if they did not do it.”

“But somebody told me, so that is hearsay,” he added, explaining that apparently, someone else had overheard the senators talking about the alleged immunity offer.

Aguirre’s apology could not have come at a better time. On February 1, the Commission on Appointment’s (CA) Committee on Justice and Judicial and Bar Council is set to convene precisely to deliberate on Aguirre’s appointment.

Without a CA nod, Aguirre is unable to maximize his powers as justice secretary.

Pangilinan also happens to be part of the CA committee that will discuss his appointment. – Rappler.com