In charge of recovering ill-gotten wealth? But Calida is pro-Marcos 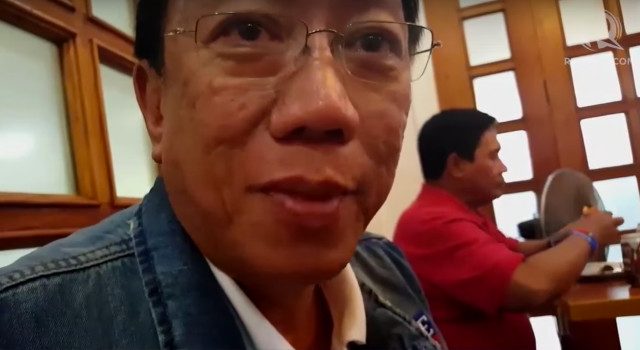 President Rodrigo Duterte’s allies in the House of Representatives just filed a bill that would put the Solicitor General in charge of recovering the ill-gotten wealth of the Marcos family.

If their bill is signed into law, it would be interesting how it would be implemented under the Duterte administration given the current Solicitor General’s leanings.

During the 2016 campaign season, he was even among the leaders of the Alyansang Duterte-Bongbong which campaigned for the tandem of Rodrigo Duterte and Ferdinand Marcos Jr.

Calida was interviewed by this reporter during then-presidential candidate Duterte’s sortie in Ilocos Norte.

Watch the report with the interview here:

It was during that same sortie when Duterte promised a hero’s burial for the late dictator Ferdinand Marcos, a promise he kept.

Calida’s dream team, however, was not to be. Marcos Jr or “Bongbong,” the only son of the late strongman, was narrowly defeated in the vice presidential race by the Liberal Party’s Leni Robredo. A group within Duterte’s circle, however, continues to prefer Marcos as vice president.

In an interview with reporters on Wednesday, March 29, Calida gave assurances his leanings back during the campaign season will not affect his work as Solicitor General.

The PCGG is tasked to recover ill-gotten wealth amassed by Ferdinand Marcos, his family, and cronies. It has so far recovered over P170 billion despite its small budget. (READ: Recovering Marcos’ ill-gotten wealth: After 30 years, what?)

The same bill places the Office of the Government Corporate Counsel under Calida’s office and upgrades his rank, benefits, and privileges. – Rappler.com