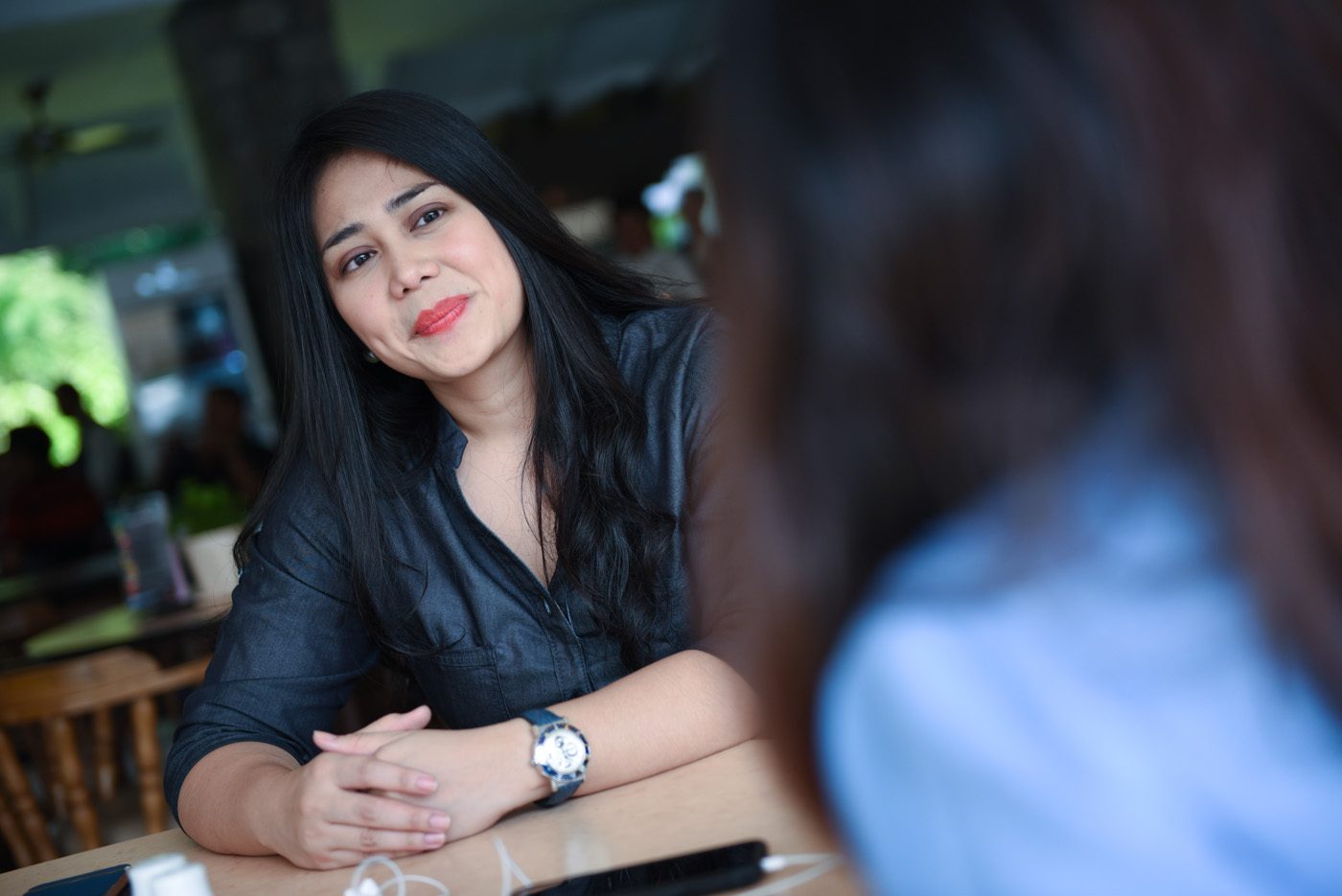 Facebook Twitter Copy URL
Copied
(UPDATED) Cathy Binag, the live-in partner of Representative Antonio Floirendo Jr, apologizes to the Alvarez family. But she adds, 'I find it petty for some matured men to be burning bridges of friendship over a girls' spat.'

(UPDATED) The daughter of Speaker Pantaleon Alvarez is appalled the rest of her family is being dragged into the spat between her father and Davao del Norte 2nd District Representative Antonio Floirendo Jr.

“My family and I are shocked that the spin on the issues has become so crass and juvenile. It is incredible how personal relationships are exploited by Rep Tonyboy Floirendo’s live-in partner, Ms Cathy Binag, to twist an otherwise simple question of  facts. It’s completely appalling!” said Finance Assistant Secretary Paola Alvarez in a statement on Thursday, March 30.

Paola said she and her father intend to keep their personal lives private.

“We hope Ms Binag will respect that and stop dragging us into her personal issues,” said Paola.

Pantaleon Alvarez had filed a graft complaint and a House resolution calling for a congressional probe into the allegedly anomalous joint venture agreement between the Bureau of Corrections and the Tagum Agricultural Development Corporation (Tadeco) owned by Floirendo.

According to rumors in political circles, Floirendo is plotting to oust Paola’s father as Speaker and replace him with Pampanga 2nd District Representative Gloria Macapagal-Arroyo, a charge Floirendo already denied. (READ: Floirendo ‘hurt’ by graft complaint filed by Alvarez)

The Speaker and Floirendo are longtime friends from Davao, but their friendship turned sour after their respective girlfriends got involved in a fight during the Masskara Festival in Bacolod City last year.

Despite being married, Pantaleon Alvarez already admitted to having a girlfriend. But he said the fight between his female companion and Binag have nothing to do with the graft complaint and House resolution he filed against Floirendo. (READ: Graft complaint vs Floirendo not about feuding girlfriends – Alvarez) Paola Alvarez said it “deeply hurts” her family that the “longstanding and cherished friendship with Rep Floirendo is heading this way.”

But she hopes both parties will be able to resolve the conflict soon.

“But adults that they are, we expect the parties concerned to address the factual issues head-on. After all, in public service public interest is paramount and goes beyond the deepest bonds of friendship,” she said.

Pantaleon Alvarez is the secretary-general of Duterte’s Partido Demokratiko Pilipino-Lakas ng Bayan, while Floirendo was the President’s top campaign financier. Binag, Floirendo’s live-in partner, confirmed being involved in a fight with the Speaker’s girlfriend, whom she named in her statement as Jennifer Maliwanag Vicencio.

“It’s true that I had an altercation with Miss Vicencio during the opening of the [Masskara] Festival in Bacolod late last year. From then on, things spiraled out of control and one thing led to another,” said Binag.

She found it “petty” for such an issue to affect the friendship of Pantaleon Alvarez and Floirendo.

“I find it petty for some matured men to be burning bridges of friendship over a girls’ spat,” said Binag.

She said, however, that the issue involving the two men is “deeper than what is being printed in the papers.”

“It all boils down to greed. Greed for wealth, power and influence,” said Binag, who later issued a revised statement removing this line.

Binag added that it was not her intention to drag the Alvarez family into the matter.

“If ever I hurt them, I am sorry. I never intended to hurt the Alvarez family because I know where they are coming from. Truth will set us all free,” said Binag. – Rappler.com