Jun 7, 2017 3:44 PM PHT
Bea Cupin
Facebook Twitter Copy URL
Copied
But it isn’t Armeen Gomez's educational background that’s supposed to be the focus of the probe, but lapses in security 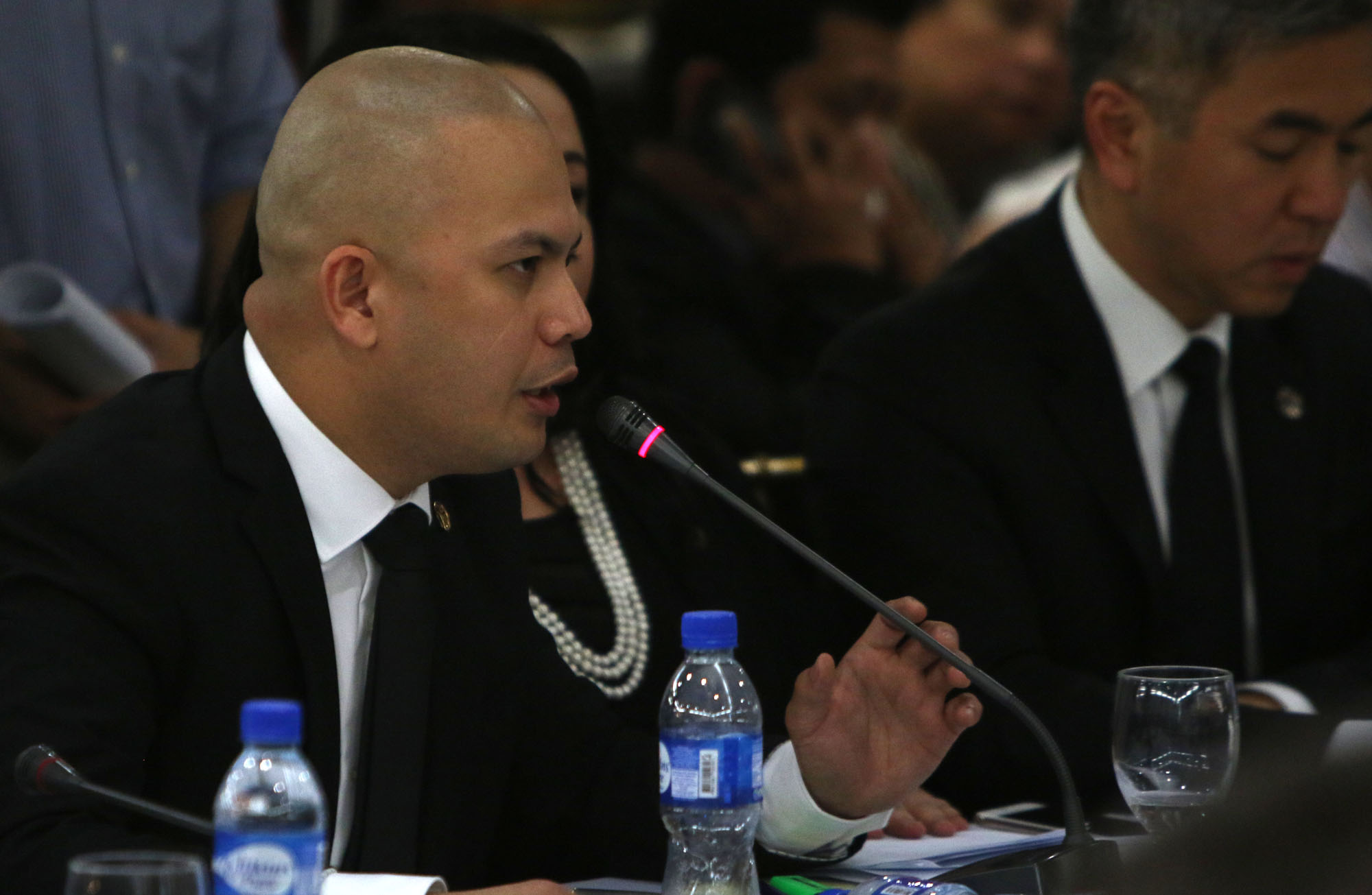 Lawmakers took turns grilling the security chief of Resorts World Manila on the first day of the House probe into an apparent robbery and arson attack that claimed the lives of 38 people.

But it wasn’t just the actions of Armeen Gomez, Resorts World chief security officer, that came under the scrutiny of legislators on Wednesday, June 7, but his educational background as well.

The gunman, later identified as former finance department employee Jessie Javier Carlos, set parts of the casino and nearby Maxims hotel on fire, resulting in the death by suffocation of 37 employees and guests. Carlos later hid in a hotel room and killed himself after setting himself and the room on fire.

Gomez, by his own admission, entered the Philippine Military Academy (PMA) but was kicked out for “personal reasons.” Pressed on the circumstances of his dismissal from the elite academy, Gomez gave different – and sometimes, contradictory – answers.

According to Reuters, Gomez is the chief safety and security officer of Travellers International Hotel Group, Incorporated, which owns and operates Resorts World Manila.

The same profile says he has “over 10 years of management and leadership experience in asset protection, fraud control, safety administration, investigation and related functions.”

Gomez, who could have been part of the PMA Class of 2000, instead went on to work for PhilHealth that same year. He went on to work as the director for safety and security at De La Salle College of Saint Benilde’s Center for Safety and Security.

He was deemed a local “hero” in the DLS-CSB community after he successfully negotiated the release of a student held hostage by a robber fleeing authorities near the school on August 13, 2010. Gomez volunteered this information during the congressional probe, as lawmakers asked him about his qualifications.

Gomez also supposedly earned a Masters Degree in Business Administration from the International Academy of Management and Economics, and a post-graduate course in occupational health and safety from the University of the Philippines.

But after minutes of grilling – including a segue to Gomez’s personal history – the chief security officer admitted he had no college degree.

Lawmakers criticized him for this, taunting other Resorts World Manila executives about their chief security man’s behavior during the hearing.

Gomez’s initial refusal to answer pointblank where he earned a bachelor’s degree prompted House Majority Leader Rodolfo Fariñas to quip that 6 people were already detained by Congress for being evasive in their answers. He was referring to Ilocos Norte employees detained for giving “evasive answers.”

Some of the people who monitored the hearing couldn’t help but wonder what the line of questioning sought to achieve, since it wasn’t Gomez’s academic achievement that was the focus of the probe. The inquiry is supposed to uncover, among other things, lapses in security on the part of Resorts World.

One also couldn’t help but wonder why some lawmakers seemed so hung up on Gomez’s college degree. Under the law, aspiring lawmakers – and all others seeking elected posts, from barangay officials to the president – only have to know how to read and write. – Rappler.com