Did Evasco compel Jason Aquino to toe the line? 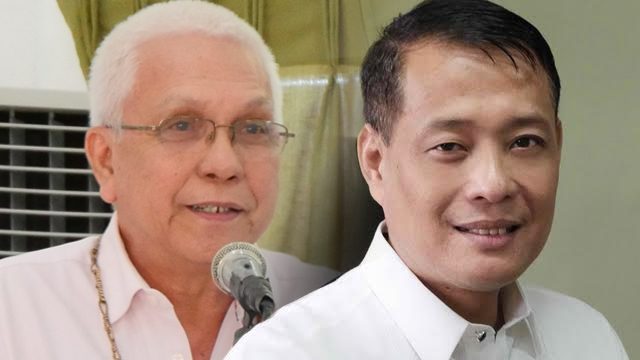 On Tuesday, June 13, Cabinet Secretary Leoncio Evasco Jr summoned the media to announce the government’s shift to government-to-private (G2P) importation when it imports 250,000 metric tons of rice this year to augment the country’s buffer stock.

The decision to make the shift was arrived at during a June 9 NFA Council meeting, attended by NFA Administrator Jason Aquino, who had been at odds with Evasco and the rest of the council over which mode of importation government should go for.

But Evasco wanted to make one other thing clear. Included in the statement he read to media was a decision to downsize Aquino’s role.

“The NFA administrator’s duty is purely ministerial or mandatory,” said Evasco, referring to Aquino’s powers when it came to approving import permits for private traders.

Previously, it was up to Aquino whether or not to approve these permits. Now, Aquino has no choice but to give his green light for permits for traders endorsed by the NFA’s Grains and Marketing Operations Division.

The NFA Council, led by Evasco, also gave Aquino only a day to approve these permits.

The move was a direct response to Aquino’s previous behavior of tarrying when it came to approving and releasing import permits. Because these documents came in late, the shipments would arrive at ports even without permits, forcing the Bureau of Customs to seize the rice.

At the end of his statement, Evasco gave Aquino another stern-finger reminder, “We also hope to get the full cooperation of our stakeholders, including the NFA management, to [ensure] that this year’s government importation programs will run as hassle-free as possible.”

Evasco’s latest moves follow a series of events that showed he has made progress in bringing Aquino to heel.

Aquino attended the June 9 NFA Council meeting, a significant development given that he skipped previous meetings and even cancelled at least one.

A Palace official who saw the meeting taking place said Aquino and Evasco were “civil” to each other.

It was also then that the Council turned Aquino into a rubber stamp for approving import permits.

The Council’s bold actions against Aquino come after the 15th Cabinet meeting on May 8 when President Rodrigo Duterte was “given the opportunity to listen to the position of the NFA Council where there is really a need for us to import,” said Evasco during a May 16 press conference.

Duterte was supposedly convinced that giving NFA the monopoly to import rice through G2G importation was not the way to go, hence a “policy shift” towards giving private traders the chance to import.

Despite this, Evasco failed to have Aquino stripped of his position, something he had called for in various memoranda to the President. Aquino is said to enjoy the friendship of Duterte’s close aide, Special Assistant to the President Bong Go. (READ: Growing rift between Duterte’s trusted men – Jun Evasco, Bong Go?)

Evasco, another of Duterte’s trusted men, appears to have settled for limiting Aquino’s powers.

The developments also beg the question, if Duterte has indeed been convinced that the country needs to import rice, would he re-appoint Palace Undersecretary Halmen Valdez whom he fired precisely because she supported rice importation?

The Palace refused to acknowledge Duterte’s decision to sack Valdez as a hastily-made mistake.

“For whatever actions that he did, he was right up to that point, okay,” he added.

Valdez’s sacking was a blow to Evasco since she was the one he entrusted to watch over NFA and other key agricultural agencies put under his wing. (READ: Dismissed Usec Valdez to Duterte: Probe ‘NFA syndicate’)

But it seems Evasco is now picking his battles. Of paramount importance to him is Duterte’s support for importation, given how the country’s rice production can’t supply both domestic demand and the need for buffer stocks.

If reminding Duterte of his baseless decision to fire Valdez will endanger this, the strategist in Evasco may have decided to let the issue be for now.

Will Aquino take all this sitting down? At the June 14 Senate hearing called by Senator Cynthia Villar on the rice importation issue, Aquino reiterated his preference for G2G importation.

He listed down its advantages, and then when asked by Villar what the cons were in this mode of importation, Aquino, said, “We cannot find a disadvantage.”

The tension between Aquino and Evasco was palpable, especially when Villar noted at the start of a hearing, “This is the first time in history we heard an NFA administrator defy the orders of the NFA Council.”

Evasco looked straight ahead, grim-faced, as Aquino answered Villar’s questions. The Cabinet Secretary’s only contribution to the hearing was to read out the same statement he gave media on Tuesday, the statement including Aquino’s “ministerial” role in approving import permits.

Duterte’s practical side may have been swayed by Evasco and the economic managers in his Cabinet who support private importation of rice. But something else is keeping Aquino in his post.

This is one instance in the Duterte administration when government policy depends on the outcome of a clash of personalities. – Rappler.com