DOH Secretary Ubial and her record of ‘flip-flopping’ Barely a year in office, Health Secretary Paulyn Ubial has been caught flip-flopping at least 3 times on key issues involving her agency.

Ubial has yet to get the nod of the powerful Commission on Appointments (CA), which deferred her confirmation, effectively bypassing her. At least 3 oppositions were filed against her, with one complainant, Kabayan Representative Harry Roque, citing her supposed record of “flip-flopping.”

Ubial has been caught changing her stance on major health issues, such as the dengue vaccine, the status of the Zika virus in the country, and recently, the number of evacuees who died of health-related causes in Marawi City.

Here are the times Ubial retracted her statements:

Prior to heading the Department of Health (DOH), Ubial was assistant secretary when the P3.5-billion dengue vaccine program was approved during the Aquino administration.

On July 18, 2016, the newly appointed DOH chief Ubial signed a resolution recommending the deferment of the program, saying the vaccines are not proven safe.

She also earlier told the House of Representatives panel deliberating the 2017 budget that “a panel of experts convened by the DOH revealed the dengue vaccine has potential health risks.”

But on September 28, 2016, she issued a Certificate of Exemption for the vaccine, Dengvaxia, so it could still be used despite her earlier flagging of certain issues.

When confronted during a House hearing, Ubial apologized and said she had “forgotten” about the July resolution.

Ubial also defended her issuance of a certification, saying she consulted with “experts,” as she had no expertise on dengue vaccines.

“I deferred to the wisdom and the decision of the experts that recommend to me the action to be taken because I admitted that I am not an expert on the dengue vaccine. So, ‘yun po nangyari na (that’s what happened), every time we move forward in this initiative, we convene an expert panel so that based on the scientific and logical thinking of scientists and experts [we decided] what would be the next step to take in moving forward the dengue vaccination program,” she earlier said.

The health department is already administering the 2nd of the 3 doses of the dengue vaccine to around 489,000 public school students (at least 9 years old) in Central Luzon, Calabarzon, and the National Capital Region.

But Ubial, on May 5, said they would again stop the dengue vaccination program after the 3rd and final round of injections is administered, saying they have to wait for the results of the pilot testing.

(If this is dangerous to people’s health, this should have been stopped no matter what. It can’t be that it’ll push through, then it’ll be stopped. The effect of this is the public gets scared of all forms of vaccines, not just the one for dengue, because the Secretary of Health is unsure if it will continue or not.)

On September 2, Ubial, in a press conference, declared that the Philippines was Zika-free, as there is no local transmission of the virus.

She added that the 5 cases recorded at the time were “imported” or obtained from other nations.

But in May 2016, when Ubial was just assistant secretary, the DOH already reported that the virus exists in the country. A disease or condition is endemic when it is regularly found among particular people or in a certain area.

The DOH under former secretary Janette Garin already pointed out that the 5th case, a 39-year-old Korean man, was apparently infected during a visit to the Philippines.

“What is important is that all the patients who contracted Zika virus in the Philippines did not have any complications and that agaran silang na-identify at agaran ding nakita na ‘di naman kumakalat ang virus at walang buntis na nagkaroon ng complication (they were immediately identified and we immediately determined that the virus is not spreading and no pregnant woman suffered complications),” Garin said in May, as quoted by SunStar.

On September 5, a few days after Ubial’s pronouncement that there was no local transmission, Health Undersecretary Gerardo Bayugo, Health Assistant Secretary Eric Tayag, and the World Health Organization confirmed the 6th case of Zika in the country and said it was transmitted locally.

On September 26 and 27, in a press conference and in an interview with ANC respectively, Ubial changed her tune and said there were indeed “local transmissions.” She also said this in a House hearing in October.

“We do not recommend travel ban to affected areas since Zika and the mosquito that carries it is actually endemic in the Philippines – it’s found all over the country,” Ubial said on September 26.

“International travel actually has nothing to do with actual spread of the case because many of the cases are discovered that there is no history of travel, international. What we’re saying, particularly in the Philippines, there is local transmission,” she said on September 27.

In response to Roque’s CA opposition, Ubial said there was a “time lag” from the infection and the manifestation of symptoms to the confirmation.

“We fully understand that there is a time lag between virus infection and the symptoms, the symptoms and the confirmatory tests, and the tests and reporting. The situation for reporting Zika virus infections change from day to day depending on the updates and reports submitted by RITM (Research Institute for Tropical Medicine),” she said.

“Endemicity was established a few days later after the press conference when the Secretary of Health declared that the Philippines was still Zika-free,” Ubial added.

But Roque pointed out: “How could Dr Ubial not know about these when at that time, she was an Assistant Secretary at the DOH? Amazingly, she apparently did not get the Zika virus memo about its being endemic to the country.” 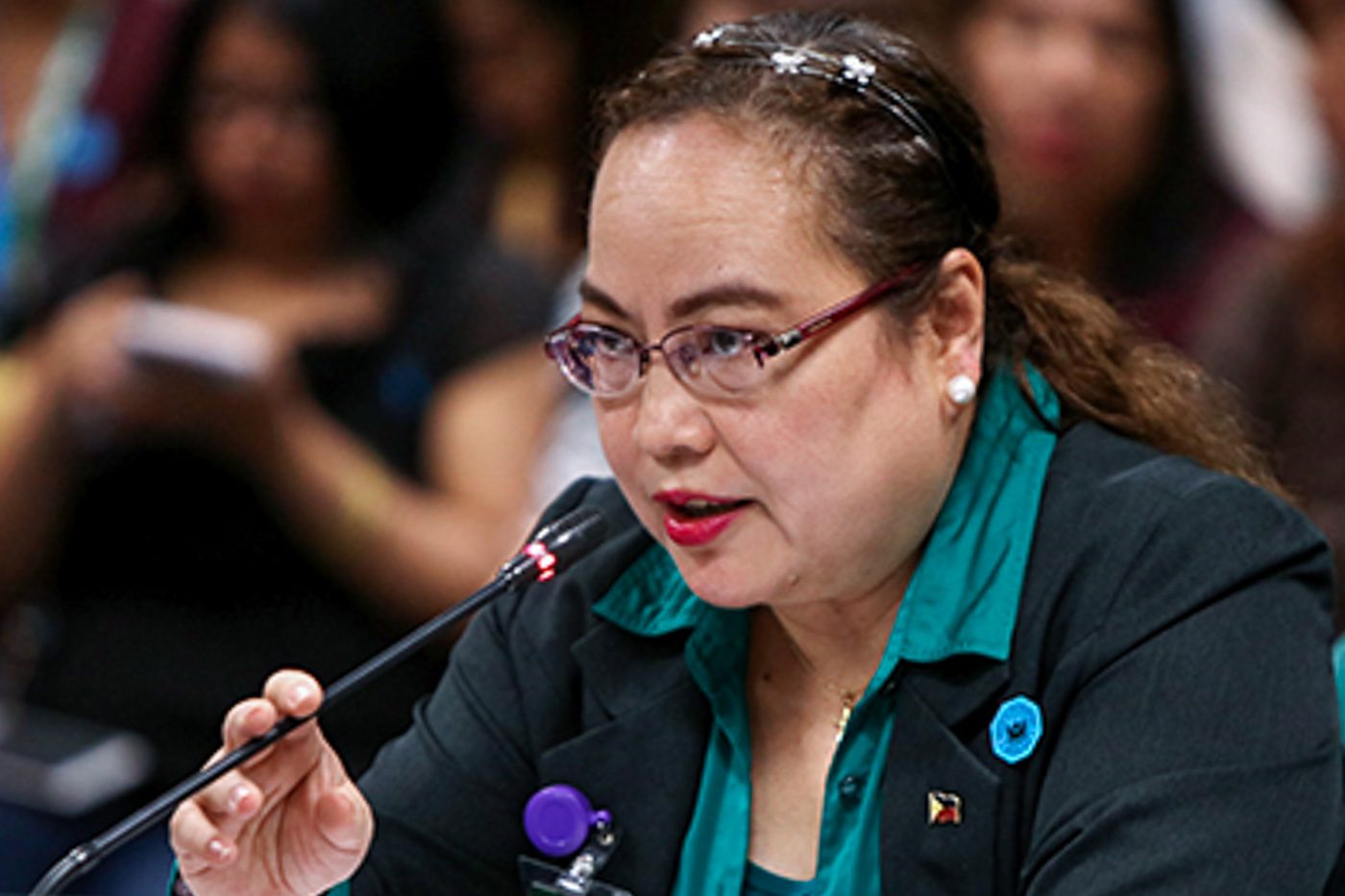 On deaths in Marawi evacuation centers

The secretary’s most recent retraction of statement occurred in June 2017.

Ubial, as quoted in a statement posted by Social Welfare Secretary Judy Taguiwalo, singled out Rappler for “totally and intentionally” giving the “wrong numbers” in our report titled, “59 Marawi evacuees die of health-related causes – Ubial.”

The same numbers and direct quotes were also used by the Inquirer, the Manila Times, and government-run Philippine News Agency (PNA). But the PNA took down its post.

Ubial said she reviewed the video recording and claimed she “clearly said” there were “no deaths in evacuation centers.”

The Philippine Star, on June 16, published a report that quoted Kadil Sinolinding Jr, the health chief of the Autonomous Region in Muslim Mindanao (ARMM), who cited a higher number of persons dying in evacuation centers – 39 people against Ubial’s 19. Sinolinding said only 19 of the cases had been properly documented.

Here is the transcript of part of the press conference held at the DOH’s Bicol office during the launching of ASEAN Dengue Day 2017 on June 15:

But as of June 14, we have 1,290 patients referred to hospitals of which 178 were admitted and 467 were given treatment on outpatient basis. The others were sent to home, without treatment ‘yun. Lahat po ng binibigay nating gamot libre. Kung ia-admit po ‘yung pasyente, 178 inadmit, libre po lahat ‘yun, okay. And the, PhilHealth also is working with us, ah no-balance billing po lahat ng pasyente and pay all.

Moderator: Thank you so much, madame secretary.

– with a report from Rhaydz B. Barcia / Rappler.com