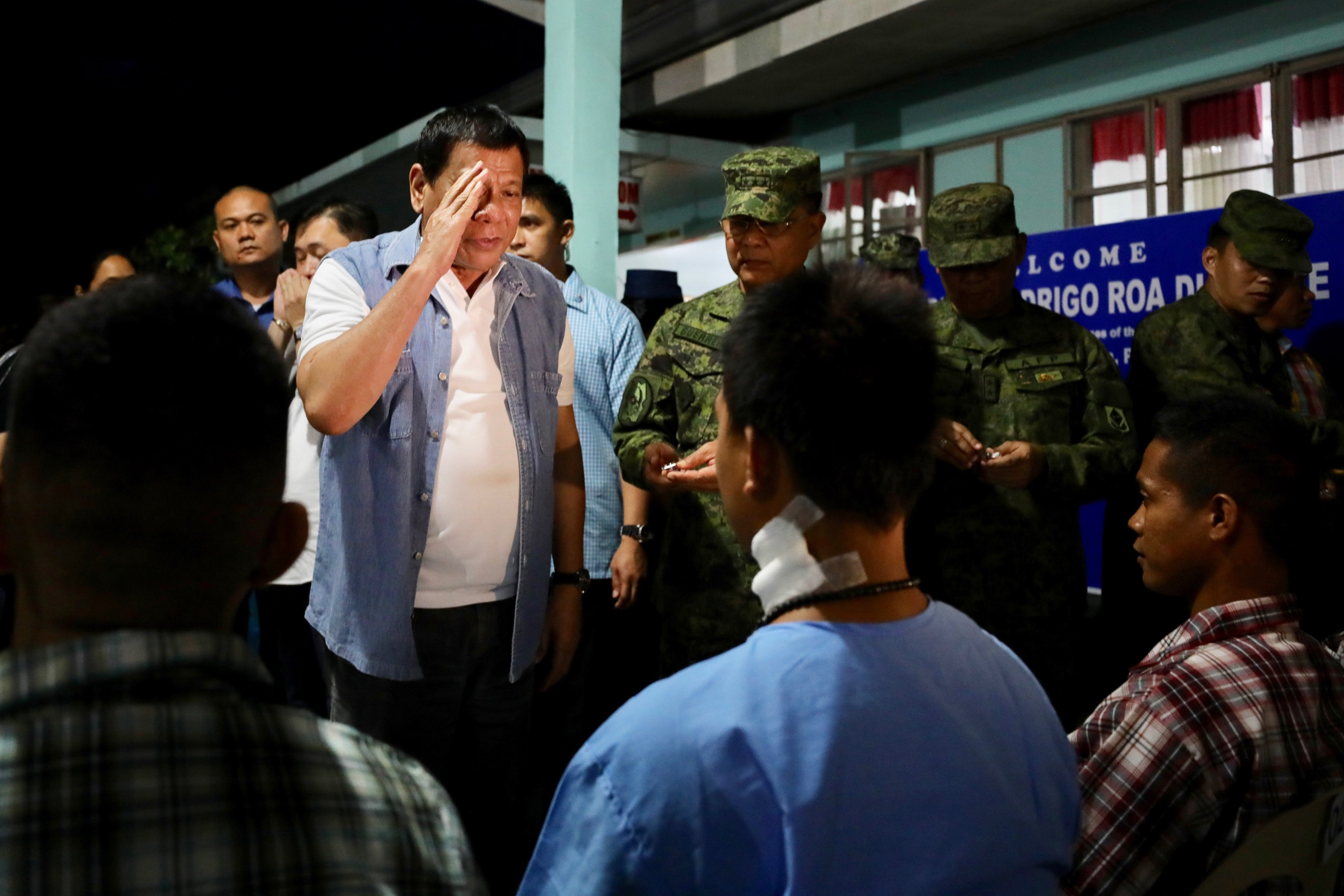 Lawmakers don’t want to know the “truth” about his health, they just want to hear that he’s dying.

This is what a cynical President Rodrigo Duterte had to say about calls from lawmakers that he disclose the state of his health as mandated by the Constitution.

Duterte made mention of one of his fiercest critics in Congress, Senator Leila de Lima, as one such person who would no doubt be pleased if he was terminally ill. (READ: De Lima in jail: ‘I never imagined Duterte would be this vindictive’)

“De Lima is only interested to hear my dying or death. She does not care if I live,” said the President on Tuesday, June 20, during an interview with reporters in Cagayan de Oro.

De Lima is detained at Camp Crame following her arrest over drug charges filed by the Department of Justice. The charges were the result of investigations prompted by Duterte’s accusation that the senator facilitated the illegal drug trade in the national penitentiary when she was justice secretary.

Duterte also addressed another Liberal Party lawmaker, Senator Francis Pangilinan, who had said the “public deserves to know” if the President has a health condition preventing him from fulfilling his duties.

“Si Pangilinan also. What, they really care if I die today or tomorrow? If I get sick or tired? Your only interest is to know where I am and whether or not I am dying or dead,” said Duterte.

He disagreed with Pangilinan that he should disclose all his health issues.

“Hindi ako bilib na concerned ka sa akin (I don’t believe you’re concerned about me), Kiko. I should not bare all,” said the President.

He again claimed one reason he was out of the public eye for 5 days was to travel “incognito” to “talk with somebody.”

He refused to give media more details about his secret trip.

Speculations about the 72-year-old President’s health arose during the 5 days he was not seen attending official events or activities, from June 12 to 16. On Thursday or the 4th day he was out of the public eye, Malacañang released photos of him in Bahay Pangarap signing documents.

Duterte’s 5-day absence began when he skipped Independence Day rites in Luneta because he was “not feeling well.” The Palace, however, assured the public that Duterte was in “excellent health.”

The 1987 Constitution (Article 7, Section XII) states that in case of serious illness of the President, the public shall be informed of the state of his health. – Rappler.com