Is Alvarez bent on scrapping 2019 polls over fear of losing? 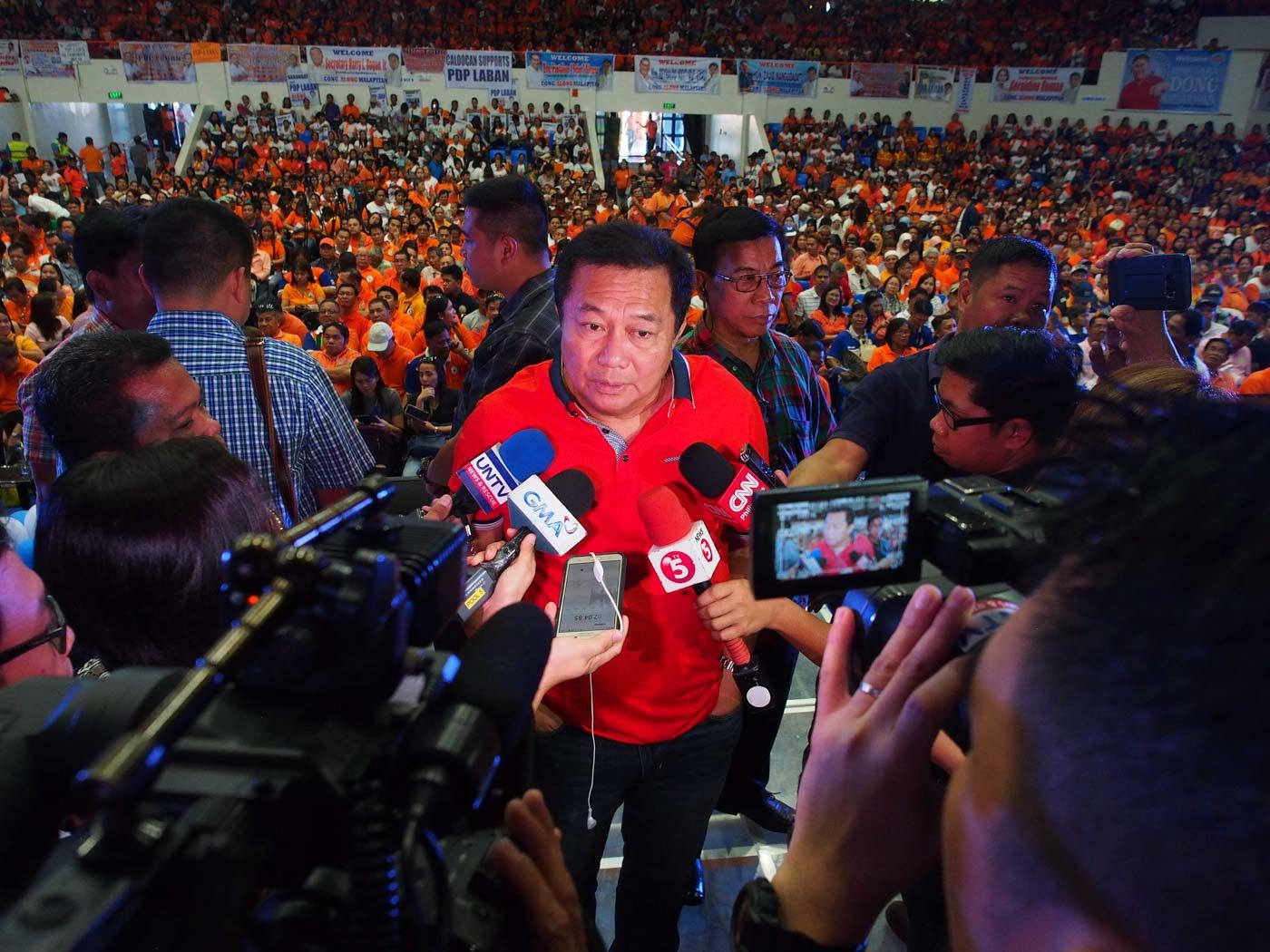 It’s quite unusual for Speaker Pantaleon Alvarez to push so strongly for a no-elections scenario in 2019.

He’s the only one floating the idea among President Rodrigo Duterte’s allies who are actively campaigning for a shift to a federal system of government. (READ: Alvarez proposal on no 2019 elections ‘off-tangent, misplaced’ – lawmakers)

Alvarez keeps on arguing it’s the only logical way to speed up amending the 1987 Constitution to pave the way for federalism. But according to talk in political circles, Alvarez has a more personal reason for seeking cancellation of the polls – he stands to lose his reelection bid in Davao del Norte’s first district.

Alvarez denied it in a dzMM interview on Wednesday, July 18.

“Hindi po. Mag-survey muna sila bago sila mag-komento nang ganyan. Pumunta sila doon sa district ko, magpa-survey sila,” he said. (That’s not true. They should conduct a survey before they comment like that. They should go to my district and do the survey there.)

But former allies once expected to back Alvarez’s 2019 run are now likely to turn against him.

His estranged wife Emelita, president of the Congressional Spouses Foundation Incorporated, which he wants to abolish, is said to be running against him.

Relations soured after Alvarez was forced to admit he has a girlfriend in March 2017 – the same woman who fought with Davao del Norte 2nd District Representative Antonio Floreindo Jr’s live-in partner in October 2016.

Alvarez and Floirendo have since become bitter enemies, with Alvarez using the might of his speakership to probe into Floirendo’s company, file several complaints against his former friend, boot Floirendo out of Partido Demokratiko Pilipino-Lakas ng Bayan, and even slash Floirendo’s 2018 budget along with those of other opposition legislators.

Floirendo, the 9th richest district representative in 2017, could easily back anyone who would dare unseat Alvarez in Davao del Norte’s first district. Floirendo’s net worth, after all, is at P523.73 million, while the Speaker has P91.69 million only.

Davao del Norte Governor Antonio del Rosario may run against Alvarez, too. Del Rosario had slammed the Speaker for slashing the public works budget of the province, supposedly to get back at the governor for being allied with Floirendo.

In February, Duterte-Carpio called for Alvarez’s ouster, saying the Philippines and her father are better off without him.

With Davao del Norte getting a little too crowded politically, maybe it’s time for Alvarez to consider running somewhere else. Perhaps the island of Siargao, where he reportedly has millions worth of properties? – Rappler.com