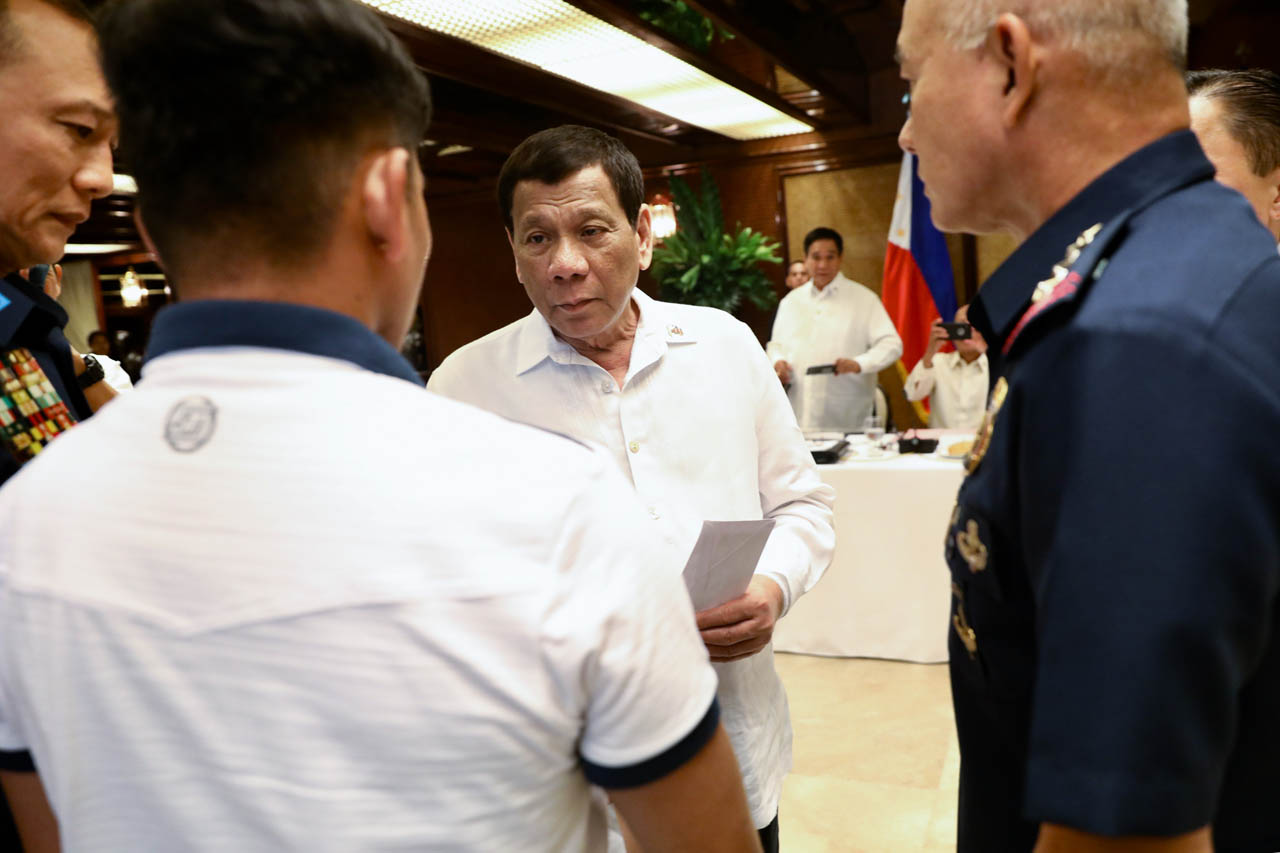 The Philippine National Police (PNP) and the Philippine Drug Enforcement Agency (PDEA) have said in separate statements that former Bacolod top cop Senior Superintendent Francisco Ebreo was not on any drug watchlist, yet President Rodrigo Duterte believed otherwise and fired him.

What could have fueled his suspicion against Ebreo, who had received official commendations from the PNP leadership for his performance as acting Bacolod police chief?

Duterte gave an idea of his basis for sacking Ebreo during a chance interview with  reporters in Malacañang on Wednesday, January 16. Responding to questions, the President claimed that Ebreo was “at the very least” a “protector cop.”

He said his suspicion was piqued when he heard that Ebreo and his “deputy” made a hospital visit to a Bacolod City councilor who had been ambushed, and assigned security to him.

“You know there was this – si Cano, a councilor who has been tagged by the PDEA (Philippine Drug Enforcement Agency) almost a decade ago to be engaged in trafficking, na-ambush (was ambushed). Eh nag-aaway daw (There was a fight). There were about 3 ambushes before that incident na pumunta sila sa ospital, silang dalawa ng deputy niya (when they went to the hospital, him and his deputy),” said Duterte.

“Cano” refers to Ricardo Tan, a councilor who was ambushed, along with his wife, on December 14, 2018, in Barangay Alangilan, Bacolod City.

Despite Duterte’s allegation of Tan’s drug links, the PDEA regional office in Western Visayas said the councilor is not on their watchlist of drug personalities, according to an Inquirer report.

During the Palace interview, Duterte described Ebreo’s order to assign security guards for Tan in the hospital as “strange behavior.”

“What’s the fucking business, you are going to the hospital of a – ambush ng drug lord tapos nag-iwan pa sila ng dalawang security (a drug lord was ambushed then you leave two security personnel with)?” said Duterte.

For Duterte, it would have been expected of Ebreo to send a “topnotch investigator” to the hospital but he found it suspicious that Ebreo and his deputy themselves went there.

Despite the Chief Executive’s suspicions, the PNP said Ebreo was not on its list of drug personalities. The PDEA had also said it had no information linking Ebreo to illegal drugs.

Ebreo had been cited for his “exemplary performance” as Bacolod police director. In November 2018, he received the PNP Medalya ng Kasanayan or Efficiency Medal.

In May 2018, Bacolod police personnel received medals from Police Regional Office 6 for a successful drug operation – under the supervision of Ebreo – that led to the death of Western Visayas top drug lord Ramy Poja. Under his watch, high-value target Rayden Palomero, an alleged illegal drug supplier in Negros Occidental, was arrested in July last year.

So where did Duterte get his information about Ebreo? As with many of Duterte’s shocking allegations about government officials, Malacañang did not specify the President’s basis, merely saying he had his own sources.

“Probaby the President had a different source of information. This President has many tentacles of intelligence,” said Panelo on Tuesday, January 15.

Duterte held a Palace meeting with Ebreo and the 4 other Bacolod cops he had dismissed on Tuesday evening, January 15.

He had “castigated” the group for supposedly allowing illegal drugs to spread in Bacolod City, according to Presidential Spokesman and Chief Presidential Legal Counsel Salvador Panelo.

Duterte had also been frustrated about how the cops “had no knowledge about the presence of certain personalities in Bacolod who are involved in the illegal drug industry.”

Ebreo and the rest have been relieved and remained on “floating” status pending their investigated. – Rappler.com