Filipino fishermen give dog to Vietnamese after rescue 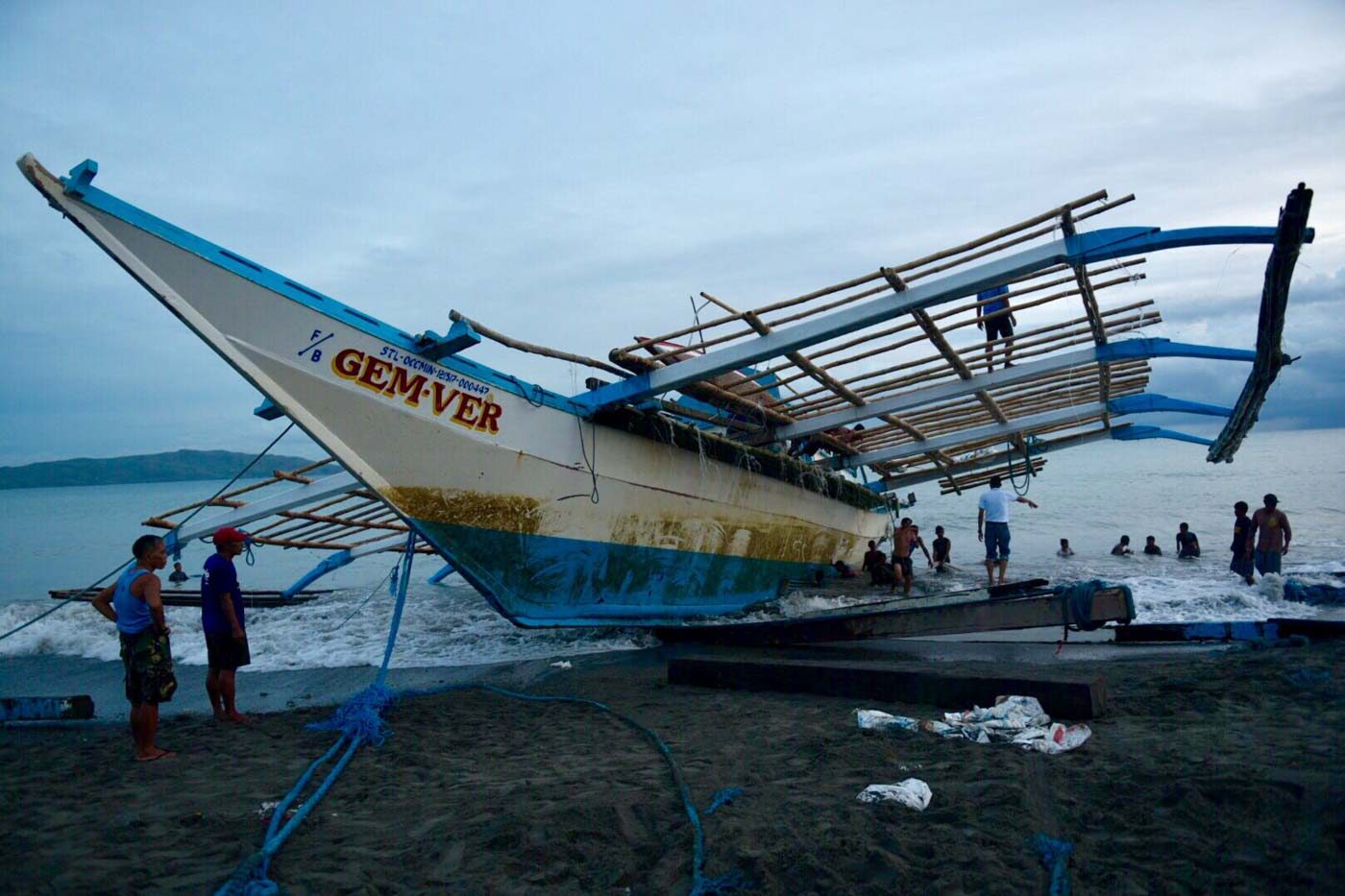 Facebook Twitter Copy URL
Copied
As a gesture of friendship and gratitude, the 22 fishermen of F/B Gem-Ver leave their dog with the Vietnamese fishermen who rescued them

When the 22 fishermen of Philippine fishing boat Gem-Ver boarded a Vietnamese ship after floating for hours at sea, Vietnamese fishermen saw an unexpected guest climb aboard its ship with them: Gem-Ver crew’s pet dog, Jimboy.

Vietnamese fishermen were surprised to see Jimboy sitting atop the boat’s cabin as their flashlights searched the waters for the Filipino fishermen. The fishermen had been floating for hours at sea after being abandoned by a Chinese vessel that rammed and sank F/B Gem-Ver in the West Philippine Sea on the night of June 9.

Gesturing to the men to come on board, the Vietnamese pointed to Jimboy, signaling for it to come aboard too.

“Nakita nila kasi ‘yung (aso) sa kamarote, sa taas ng kamarote….Nakita nila tapos pinaakyat kaming lahat, pati ‘yung aso umakyat na rin (They saw the dog was on top of the [boat’s] cabin….They saw it and they let us all on board, the dog, too)” Jaypee Gordionez, one of the fishermen of Gem-Ver, told Rappler in an interview.

Justin Pascual, who had rowed a small boat to the Vietnamese ship with Gordionez said the Vietnamese had referred to the white dog as “aw aw.” (READ: INSIDE STORY: How Filipino crew were saved by Vietnamese in West PH Sea)

“Nung pag flashlight sa mga kasama ko, sabi nila yung ‘aw aw’ daw paakyatin din,” Pascual said. (When the Vietnamese saw us, aimed their flashlights on our companions, they told us to take “aw aw” on board too.)

After spending hours on the ship, Gordionez said the Vietnamese crew had grown so fond of Jimboy that as the Filipino fishermen departed, the Vietnamese asked if they could take Jimboy with them.

Melquiadez Tiamzon, one of the men of Gem-Ver, said one of the Vietnamese fishermen asked him if they could keep Jimboy by pointing to the dog then pointing back to himself.

(One of them asked me if he could take “aw aw.” I said yes… It’s better that we gave him to them because they wanted him. After all, they helped us.)

Jimboy had been like family to the men of Gem-Ver, joining them on fishing trips since it was a puppy up until it was a grown dog.

“Gustong-gusto na rin nila yung aso. Siyempre, kusang-loob din ibibigay…. (They really wanted the dog. Of course, we whole-heartedly gave it to them.)