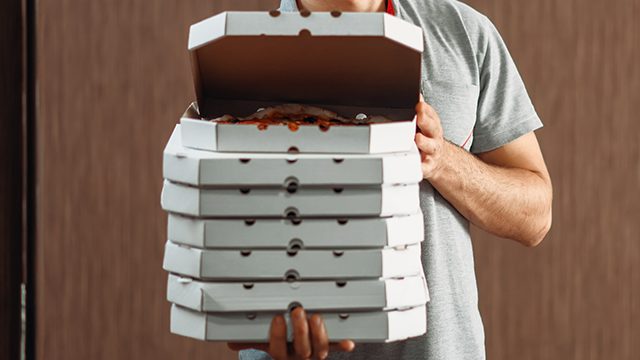 Facebook Twitter Copy URL
Copied
While the mayor’s secretary forgot how much they paid, Labella's staff say they pooled their money to pay the order instead of rejecting it

Politics in Cebu has always been petty, but an incident on Friday, July 12, took it to another level.

The office of Edgardo Labella, Cebu City’s new mayor, received 25 boxes of pizza. A staff member told Rappler no one from the Mayor’s office ordered these pizzas.

Labella was in Manila at the time, attending a training session by the Department of the Interior and Local Government (DILG), but his staff members were there in the office to receive the delivery of pizzas they did not order.

While the mayor’s secretary could not recall how much they paid for it, Labella’s staff pooled their money to accept the order instead of rejecting the pizzas. After all, they do order from that establishment every so often.

They do not know who sent the pizzas, but the incident comes a few weeks after his rival ex-mayor Tomas Osmeña stripped his office down to the tiles. (READ: LOOK: Osmeña strips mayor’s office bare before stepping down)

Labella, however, did not accuse his political rivals of being behind the prank.

A representative of Cebu City’s Public Information Office said that the prankster also tried to order at least P12,000 in cell phone load on Labella’s behalf from the shop.

The owner of the pizza shop did not see anything unusual with the orders because Labella is a known customer of the place.

A member of Labella’s staff told Rappler she did not eat the pizza for fear it was tampered with. While that fear may seem extreme, it is not totally unfounded.

Hundreds of supporters of former first lady Imelda Marcos were poisoned after eating the food served during her 90th birthday celebration on July 3.

But luckily, all staff members of Labella who ate the pizzas delivered that day were reportedly fine. So far, as of this posting, they did not suffer from any food poisoning. – Rappler.com