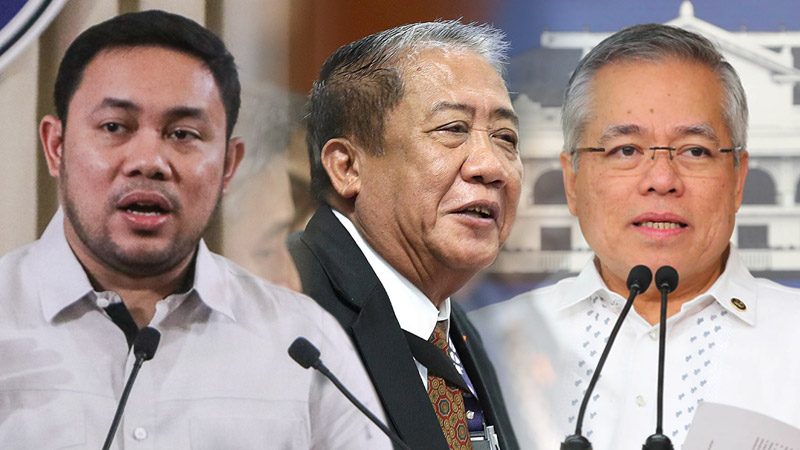 Past the midpoint of his presidency, President Rodrigo Duterte is getting a better idea of how his Cabinet members work.

So convinced is Duterte of their competence that he recommended that the next administration keep the 3 as consultants.

“I hope they’d be around post-Duterte even as consultants. They’re good; really good,” he said in Filipino.

Later on, the President said he had assumptions about Villar because he is the “son of a politician.” Villar is the son of former senator Many Villar and Senator Cynthia Villar.

The Philippine leader also expressed confidence in one of his most trusted advisers and his friend since childhood days, Finance Secretary Carlos Dominguez III.

In the past, the President had also constantly defended Tugade from accusations of corruption and conflict of interest.

After speaking of these most notable of his secretaries, Duterte said the rest of his Cabinet was composed of retired military generals.

“All others are military officers. But those are the departments which I think would need immediate action,” said Duterte.

The President has never shied from speaking publicly about his thoughts on his Cabinet members.

Regular Cabinet report cards put together by the National Economic and Development Authority (NEDA), Presidential Management Staff, and previously the Office of the Cabinet Secretary under Leoncio Evasco Jr, had identified Villar’s and Tugade’s departments as among the high-performing ones, according to an official who was involved in such assessments.

These report cards are submitted to Duterte for his perusal.

In contrast, the agriculture department under Piñol had scored low, which could be why Duterte said he needed an agriculture chief who could “thrive at the mechanics.” – Rappler.com