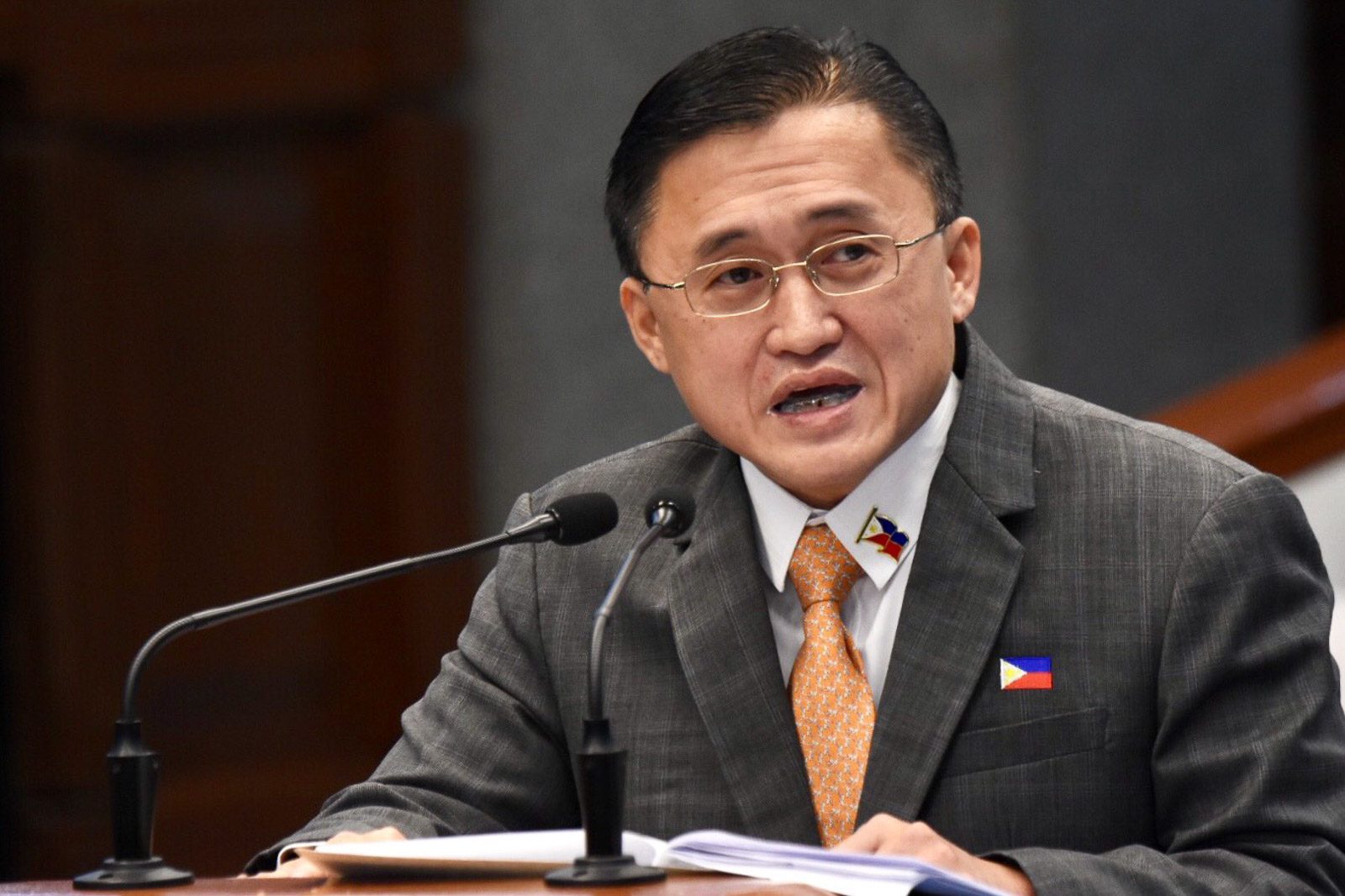 Facebook Twitter Copy URL
Copied
After Albay congressman calls the Malasakit Centers a 'partisan tool,' the senator says Lagman's face is 'beyond repair' even by the one-stop shop for government services

On Tuesday, August 27, Go spent about half of his 20-minute privilege speech getting back at the opposition congressman, particularly ridiculing the latter’s looks. Malasakit Centers, he said, can’t do anything to help repair Lagman’s facial features. It was his first privilege speech as senator.

(There’s no legal basis for helping you have your face fixed. I will be frank with you, your image is beyond repair. Standing against the interests of Filipinos won’t fix your face.

Malasakit Centers are one-stop shops for government services that played a role in increasing Go’s awareness and visibility prior to his senatorial bid.

The senator said Lagman should just create his own program and call it “Manhid (Numb) Center” or “Maramot (Selfish) Center” for having no consideration for Filipinos’ needs.

Go accused Lagman of “not reviewing” his facts before talking, and said that Albay is among the top beneficiaries of Malasakit Center’s services.

During the House of Representatives hearing on the proposed 2020 budget of Philippine Charity Sweepstakes Office on August 23, Lagman questioned the funneling of funds to Malasakit Centers. He requested a thorough investigation into Malasakit Centers after receiving complaints that the one-stop shops are not functioning as they should.

Go said that improving the services of the Malasakit Centers is important that’s why he has filed a bill institutionalizing it. The President even asked lawmakers to pass this measure during his 4th SONA.

Go, who called Lagman “mema” or “may masabi lang” (speaking for the sake of talking), defended his pet project and said that it is not being used as a political tool.

(Giving the taxpayers’ money back is not politicking. That’s the people’s money. It’s theirs anyway. Why would we deny them of that? Congressman Lagman, don’t be anti-poor.)

Go accused Lagman of playing politics and showed an purported copy of a “referral letter” that allows a beneficiary to go directly to Lagman’s house. (Look at that. That’s the referral letter of his staff. Why do they need a referral to go to his house when that’s their money? …. Now that is partisan politics. I never required such things.)

While Go did not allow for any questions after his speech, some senators expressed support for the program. Senator Risa Hontiveros, however, was not pleased and raised inter-parliamentary courtesy as Lagman is a sitting congressman.

Senate President Vicente Sotto III defended the former presidential aide, saying there was no “discourtesy” in Go’s speech because it was Lagman who “fired first.”

Go said he had never planned to place his name or face on promotional materials of the Malasakit Centers.

Posters and taurpaulins displayed during center openings belie Go’s claim. The promotional materials bore Go’s face, as the centers were launched leading up to the campaign period and during the campaign itself. (READ: [EDITORIAL] #AnimatED: Bantay-salakay ng Malasakit Center?)

President Rodrigo Duterte during the campaign credited Go for conceptualizing the Malasakit Centers.

Even the Commission on Elections asked the Department of Health to take down these posters after citizens complained that government funds were being used to promote Go’s senatorial candidacy.

(This is not Bong Go Center. It just happened that the program is my brainchild. I repeat: it’s not mine and it’s not for me.) – Rappler.com