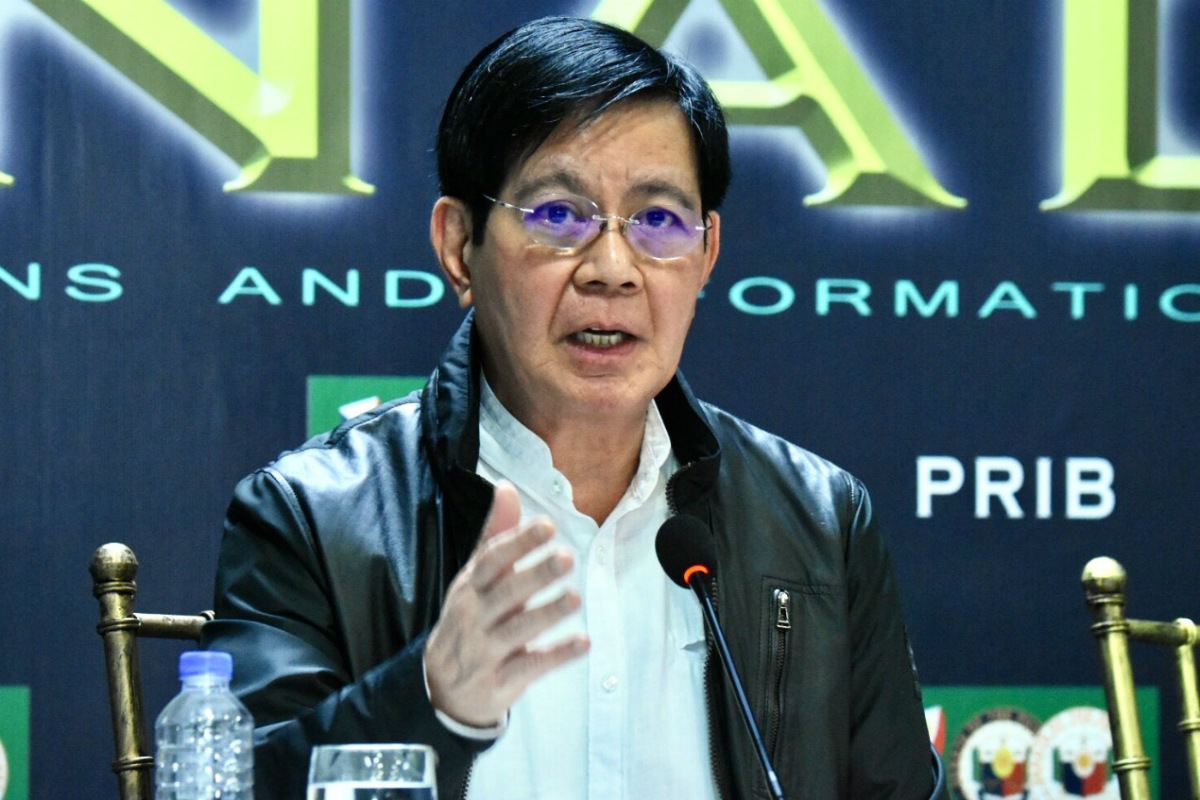 On Tuesday, September 10, Duterte, for the first time, openly blasted Lacson and even surmised the policeman-turned-lawmaker is seeking the highest office in the land.

“I think he is running for president but I would caution him to be more circumspect,” Duterte said during an awarding ceremony for government officials in Malacañang.

Duterte said Lacson appeared to be commenting on a lot of issues lately, leading him to suspect that senator was eyeing the presidency. The President slammed Lacson – known for his exposés at the Senate – for “trying to be a crusader but ignorant.”

Duterte zeroed in on Lacson’s criticism of his August 9 remark  to policemen that they should be allowed to accept gifts and that the anti-graft law that lays down rules on gifts is “foolishnesss.”

But Duterte said he could “forgive” Lacson for this because “he is not a lawyer.”

While Duterte claimed the senator and Vice President Leni Robredo didn’t know the exception in the anti-graft law allowing government personnel to accept “nominal” gifts, he did not mention this distinction in his August 9 speech.

Unlike most other senators in the majority bloc, Lacson pulls no punches when it comes to Duterte’s policies or actions that he disagrees with. He had criticized the oust-Duterte matrix presented by Palace officials as a waste of the President’s intelligence funds and said the President’s statement on the Recto Bank incident left Filipinos “heartbroken.”

Such statements and even earlier critical pronouncements, have made not few wonder whether Lacson was planning another run for the presidency. He ran in 2004 but lost to Gloria Arroyo in an election marred by allegations of electoral fraud.

Since the start of the year, Lacson had been asked about whether he would consider another presidential run in 2022.  In a television interview in January, he said he would throw his hat into the presidential ring a second time only if he had a “clear chance of winning.”

What does Lacson have to say about the President’s musings? “I am not even sure if I want to run for President, so I do not know what he is talking about,” the senator said in a statement on Wednesday, September 11.

Lacson said that contrary to Duterte’s view that he comments on every issue, he only does so when asked and only on issues that he’s familiar with.

“I may not be a lawyer but I know how to read and understand the law that I read, or ask my lawyer-staff when I don’t,” Lacson said.

“Having said that, the President says he is fighting corruption. I also say am on a crusade in exposing corruption in government. If we are not complementing each other in this regard, there must be a problem somewhere,” he added. – With a report from Aika Rey/Rappler.com