As if we haven’t had enough of it, Senator Imee Marcos on Thursday, January 23, spread some gossip in a media forum.

In the forum, Marcos was asked about her reaction to the cancellation of the US visa of her colleague, Senator Ronald “Bato” dela Rosa. She said she’s heard about it, adding that it seemed other officials have been “blacklisted” too.

(There’s news about that and I know that Senator Bato would not be able to go to the US. There’s news that other officials like Secretary Delfin Lorenzana were blacklisted or held at the airport too.)

A reporter asked where she heard the rumor, and Marcos said, “sa kapulisan” (from the police).

“Tsismis lang. Ironic dahil kung minsan binibiro nga namin na Amboy siya tapos wala pala siyang visa,” Marcos said. (It’s just a rumor. It’s ironic because sometimes we tease him as an American boy, then it turned out that he does not have a visa.)

Pressed about the details of the alleged cancelation, she said: “No idea. ‘Di ko nga alam kung wala talaga siya visa.” (I have no idea. I actually don’t know if he really didn’t have a visa.)

Marcos then admitted that she didn’t confirm the rumor directly with Lorenzana. “Hindi. Tanungin ‘nyo.” (No, I didn’t ask. Just ask him.) 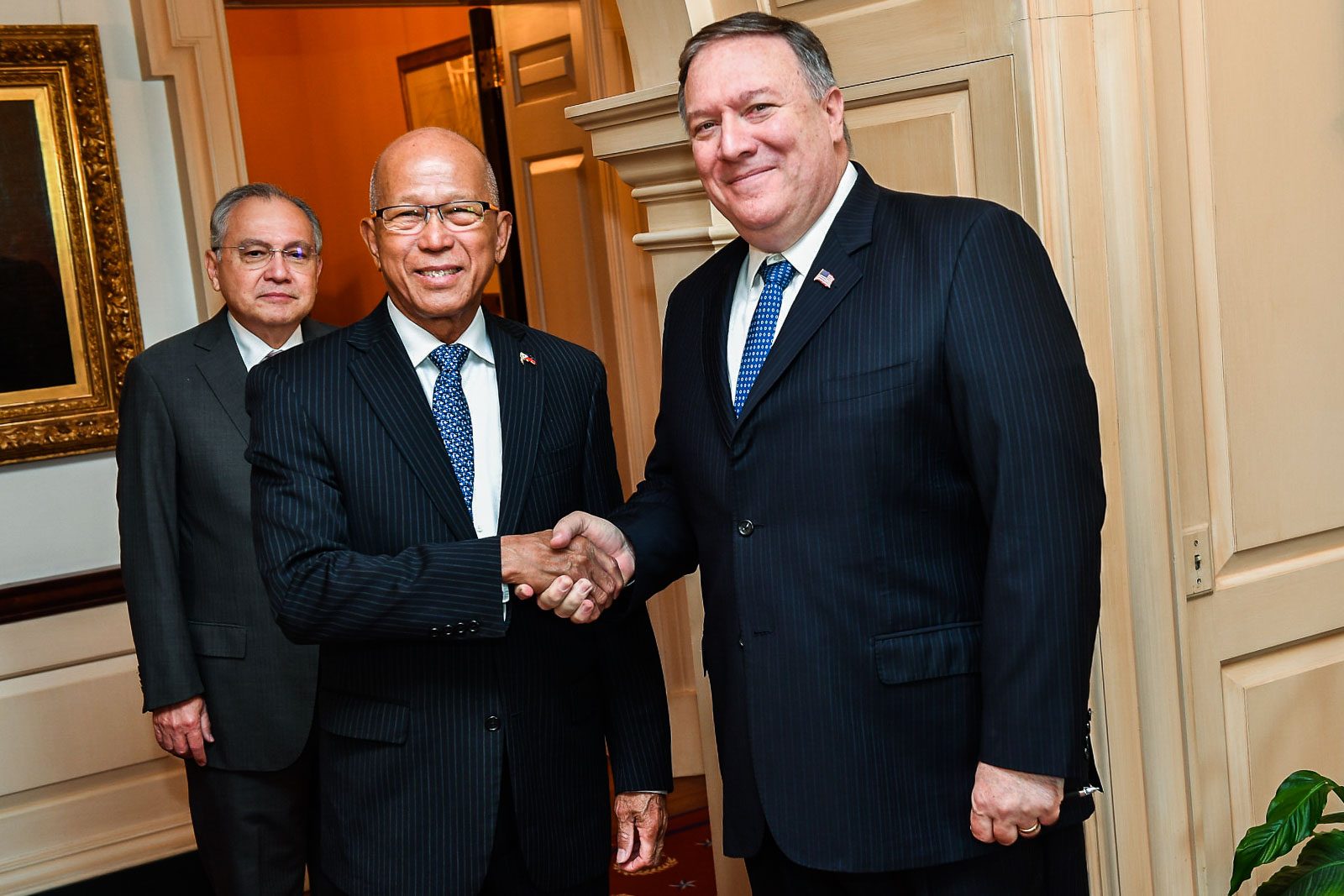 In a text message, the defense chief said he had no idea about what Marcos was talking about.

“Hindi ko alam. ‘Di naman ako sinasabihan ng US embassy na cancel Diplomatic visa ko,” he said in a message. (I don’t know. The US Embassy didn’t inform me that they canceled my diplomatic visa.)

The Philippines has long standing military ties with the US.

Lorenzana himself had spent 13 years at the Philippine embassy in Washington, DC. He served as defense attaché from 2002 to 2004 under the Arroyo administration. Then he was appointed head of the embassy’s veteran affairs from 2004 to 2015.

Overseeing the veterans’ office for a decade, Lorenzana had worked with the US government to recognize surviving Filipino soldiers who served the US Army during the World War II. These included extending compensation benefits to them, under a law signed by former US president Barack Obama in 2009.

Under the Duterte admnistration, Lorenzana officially visited the US capital in 2018, where he met with US State Secretary Mike Pompeo. – Rappler.com