‘If we’re acting like a province of China, why allow POGOs?’ – Drilon 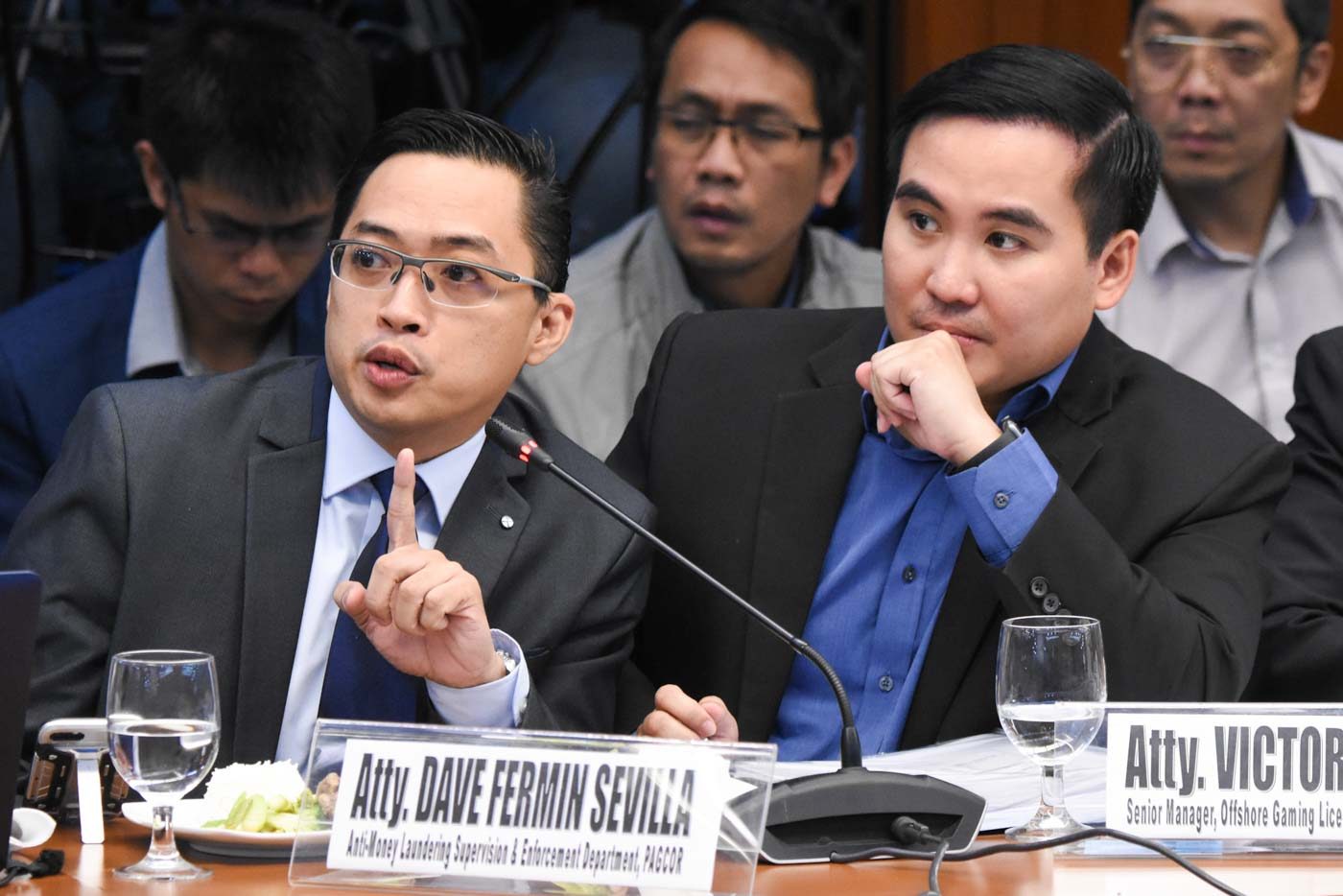 Facebook Twitter Copy URL
Copied
'Why are we so in love with POGOs?' Senate Minority Leader Franklin Drilon asks sarcastically

Senate Minority Leader Franklin Drilon was stumped by the responses of Philippine Amusement and Gaming Corporation (Pagcor) officials, who continued to defend on Thursday, March 5, the presence of the opaque Philippine Offshore Gaming Operations (POGOs) industry in the country.

At the Senate hearing on money laundering linked to the booming POGO industry on Thursday, Drilon cited the case of Cambodia that banned Chinese-run online gambling firms, as Beijing reportedly pressured Phnom Penh to do so.

Any form of gambling by its citizens is illegal under Chinese laws. This includes overseas or online gambling. (READ: POGOs linked to crimes: Forged PH passports, money-laundering, sex trafficking)

Although Pagcor has a manual that explicitly says gaming firms cannot “service countries where online gambling is illegal” like China, Pagcor POGO manager Victor Padilla says they have yet to receive complaints from Beijing.

“Not all players are coming from China. If it is reported to us that a player is coming from China, and China says that we should close it down, we will close down the company,” the Pagcor POGO manager added.

In response, Drilon said: “Are we a province of China? That when China says, ‘puwede,’ eh puwede? Kung walang sinabing, ‘bawal,’ puwede? Gano’n ba ‘yon?” (If ‘it’s allowed,’ then we allow it? If they don’t say ‘it’s not allowed,’ then it’s still allowed? Is that it?)

Padilla said that it’s not the case. Drilon then pushed further: “Why do you have to wait for the advice of China? Why, we cannot do it on our own?”

Before Padilla could answer, Senator Richard Gordon asked: “Is that what your superior [is doing]? Waiting for the advice of [Chinese President] Xi Jinping?”

“No, your Honor,” Padilla said, adding that it’s the Philippine government’s “prerogative” to allow its operations.

As it seemed like the question was beyond Padilla’s salary grade, he reiterated his earlier response that Pagcor “has a regulatory manual” that does not allow gaming for people in countries with anti-gambling laws.

“You (Padilla) mean to say that this is similar to the ban in Cambodia because the Chinese government objected to it,” said Drilon, who continued to grill the Pagcor official.

“And yet here we are, acting like a province of China, supposedly. So dapat naman kung bawal sa Tsina, eh ‘di bawal din dito? (So if it’s illegal in China, then it should not be allowed here?)” he added, with a hint of sarcasm.

The Philippine Daily Inquirer reported that China is out to cancel the passports of Chinese involved in “telecommunications scams and POGO gambling” if those on their list have not come back to China after February 8.

“We are still insisting that POGOs should remain in our midst given all these information that we have. Why are we so in love with POGOs?” Drilon said.

“What I’m saying is it’s a policy issue…and the policy should be to terminate these POGO operations because of all these nefarious activities that are here. Again, I am so disappointed that for P8 billion in fees that Pagcor receives from these operators, we’re saying that we should do this,” Drilon said.

The marathon Senate hearings on POGOs exposed the Bureau of Immigration’s bribery scheme, “fast-food style” prostitution services, and the “suspicious” entry of at least $447 million in the country.

Even with the exposé, Malacañang said that President Rodrigo Duterte, who boasts warm ties with China, should not be rushed into deciding whether POGOs should be banned. (READ: Duterte and the POGO dilemma)

Senator Risa Hontiveros on Wednesday, March 4, called for the deportation of Chinese linked to crimes. In response, the Chinese embassy said that these crimes are “isolated cases” only and do not define Beijing’s policy. – Rappler.com