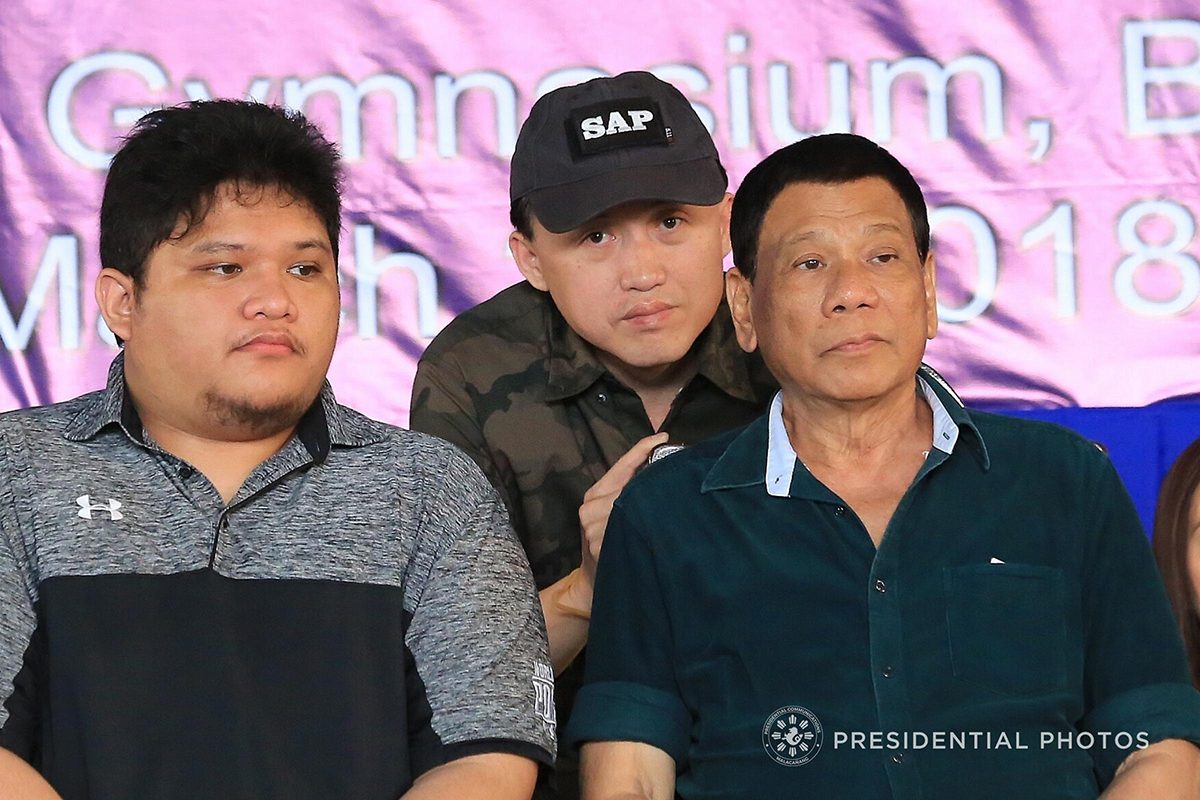 Is there VIP treatment happening for coronavirus disease (COVID-19) testing? The Department of Health denies it. But what about cutting the line at grocery stores?

The President’s own grandson – Omar Vincent, son of Davao City Representative Paolo Duterte – was reported on social media as precisely doing that.

The presidential son Paolo on Thursday, March 26, pledged to deal with his son Omar Vincent following blind items on Facebook, accusing the latter of cutting the line and getting priority treatment in a grocery store.

It was not clear when exactly the incident took place.

But one of those who complained about it pointed out to Davao City Mayor Sara Duterte that a nephew of hers “did not fall in line.” It was in reply to a Davao City Hall post of Sara about defiance of COVID-19 orders.

Grocery stores have been implementing strict measures and would take in only a few people a time. Because of this, lines usually grow long outside as people queue and wait for their turn.

“While most people are waiting under the heat of the sun, your nephew cut lines because he is VIP. He had lots of bodyguards with him. And he only bought luxury and party stuff,” the social media user wrote.

In a statement on Instagram, Paolo said Omar, 26, “went to SNR Davao and he did not line up to conduct (sic) the stringent screening requirements of the establishment.”

“This incident is unfortunate given the health emergency that we are facing these days – while most of us are preoccupied with efforts to protect every Dabawenyo, especially our frontliners and government responders and volunteers. It is with humility that I apologize for the behavior of Omar and his impertinence shall be dealt with accordingly,” Paolo said.

Paolo said the alleged misconduct of the security team accompanying Omar is also being investigated by the Presidential Security Group.

At around 2 am Friday, March 27, Omar took to his Facebook account to clear things up himself. “I’m the type of guy who never wants to be the center of attention,” he said, but decided to speak out since the issue was “blowing up so much.”

He clarified that since he was already wearing gloves, he thought then it would be “comedic” to wash his hands again after putting on gloves. He apologized for not following the protocol still.

“I know this is not a laughing matter and for this, I cannot begin to express the great feeling of remorse of not following the protocols thinking that the gloves were enough,” he said.

He also explained that the reason he bought so-called “luxury” items was because he was buying ingredients for a home-cooked meal in celebration of his one-year anniversary with his wife.

Omar reiterated his apology at the end of the statement. “I now know that even with all your preparations, protocols are protocols and no one is above them,” he said.

Omar is Paolo’s son with his former wife, Lovelie Sangkola.

Issues of hoarding and overpricing amid the novel coronavirus outbreak caused the Department of Trade and Industry to warn against criminal charges. Grocery stores were also ordered to limit shoppers inside the store at a time to observe social distancing. – Rappler.com