Apr 25, 2020 10:46 AM PHT
Sofia Tomacruz
Facebook Twitter Copy URL
Copied
The song comes with a music video showcasing assistance and messages of thanks from Philippine officials, including President Rodrigo Duterte. Meanwhile, China continues to assert its claims in the West Philippine Sea. 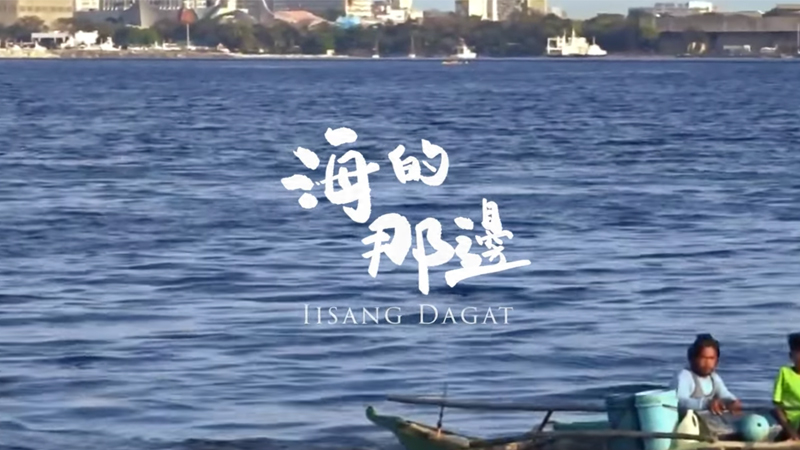 First they tried to claim the West Philippine Sea, then they wrote a song about it.

The China embassy released on Friday, April 24, “Iisang Dagat (One Sea)” – a song in Mandarin and Filipino that touted the Philippines and China’s partnership to help one another as “friendly neighbors across the sea” during the coronavirus pandemic.

The nearly 4-minute music video posted on the China embassy’s social media accounts begins with a drone shot of a city landscape in the Philippines and scenes of frontliners, health advisories, and people wearing face masks.

Shots of a Chinese city skyline then come on screen, followed by footage of China delivering various donations to the Philippines. The flags of both countries held by donors and posted on items like boxes of medical equipment and sacks of rice flash on screen as the song’s chorus (sung in Chinese and Filipino) plays:

(Because of your love that flows like waves
Hand in hand, we move to a bright future
You and I are in one sea
Your love is with me
I won’t let go of your hand
A brighter future
We will see)

The embassy said the song was dedicated to frontliners who contributed to the fight against the coronavirus in both the Philippines and China, “especially the China Medical Expert Team to the Philippines.”

“China and the Philippines have been supporting and helping each other during the challenge of COVID-19 outbreak, demonstrating a new era partnership of mutual support during trying times and the vision of building a community with a shared future for mankind advocated by the Chinese President H.E. Xi Jinping,” the China embassy said.

“Just as the lyric goes, as friendly neighbors across the sea, China and the Philippines will continue to join hands and make every effort to overcome the COVID-19 at the earliest!” the China embassy said.

On April 22, the day before the music video’s Youtube debut, the Philippines filed two diplomatic protests against China for violating international law, as well as the country’s sovereignty in the West Philippine Sea.

The protests were over a February incident where a Chinese warship targeted a Philippine Navy ship, and Beijing’s recent declaration the Kalayaan Island Group and Scarborough Shoal were part of Chinese territory.

Experts have noted China has been aggressively moving to assert its claims in the South China Sea as countries grapple with the coronavirus outbreak, which started in Wuhan, China.

Along with the Philippines, Beijing’s moves have been denounced by Vietnam and the United States. – Rappler.com