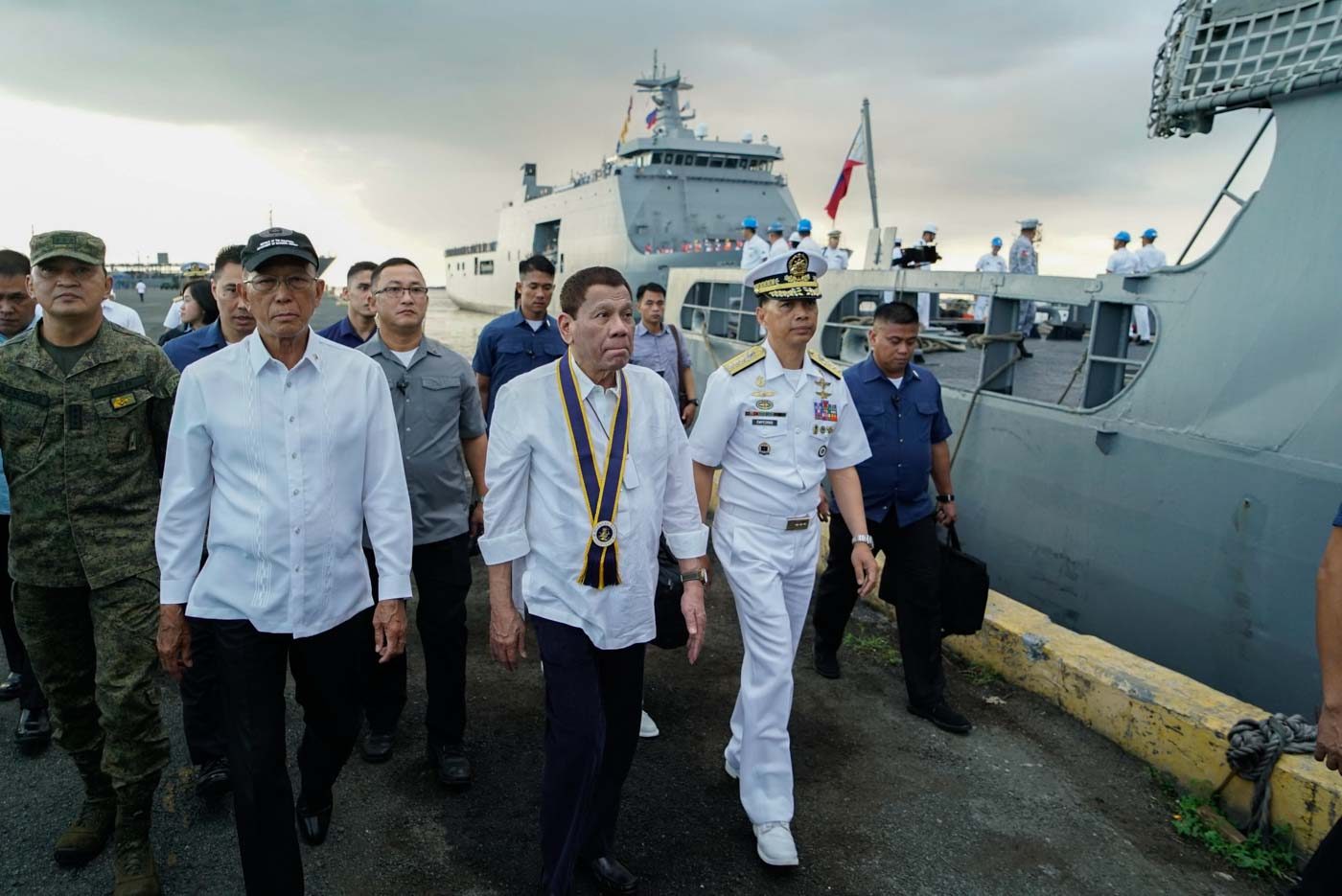 Who can forget President Rodrigo Duterte’s quip about taking a jet ski to the West Philippine Sea and plant the national flag on the Spratlys?

Pag-asa Island is the largest among the 9 features that comprise the Kalayaan Island Group (KIG), the Philippine-controlled islets among the broader Spratly Group also contested by Vietnam, Malaysia, Brunei, Taiwan, and China.

Pag-asa, or Thitu, Island is the 2nd largest island in the Spratlys, after the Taiwanese-held Itu-Aba.

The structure allows vessels to directly offload passengers and cargo onto the island. It will make further construction projects easier, and more frequent official visits feasible.

All this, in an effort to beef up Filipino presence in the West Philippine Sea, where other claimants, especially China, have built far more formidable outposts.

After all, Duterte more than once said he would visit the island. The first was in April 2017, during a speech at Camp Artemio Ricarte in Puerto Princesa, Palawan. He said he would go to Pag-asa on Independence Day and there hoist the Philippine flag. He took it back a week later, saying China asked him not to do so.

In May 2018, Presidential Spokesperson Harry Roque said Duterte was planning to visit Pag-asa “within his term.”

A presidential visit to the West Philippine Sea would be highly symbolic, and would send a strong message to China and other claimants that the Philippines is serious about defending its sovereignty.

For example, Indonesian President Joko Widodo has visited the Natuna Islands, a flashpoint of his country’s tensions with China, 4 times.

So is Duterte going or not?

“Hindi natin alam (We don’t know),” Lorenzana answered the reporters with him on Pag-asa Island.

“But one time, he announced that he will come here, when we were there in Palawan. But when he went to China, he retracted it,” the defense chief added in a mix of English and Filipino.

(Then he said he doesn’t want to, you know, he said the Chinese, let’s not – They’re our friends. I don’t want to hurt their feelings.)

Lorenzana, who has visited Pag-asa at least twice, also got a call from the Chinese when he was planning his first voyage in April 2017.

(Ambassador Zhao Jianhua talked to me, asking that I don’t come here. I asked him, why? He said, no Secretary of Defense has gone there before.)

So what did the former Philippine Army general answer Zhao?

Lorenzana first visited Pag-asa in April 2017, where he announced plans to build the beaching ramp and concretize the island’s unpaved airstrip, which would make scheduling flights there easier.

As for his commander-in-chief, Lorenzana hopes Duterte can still come for a visit within the remaining two years of his presidency.

“So I don’t know if before he leaves, he can come here. Kahit na (Even if) just once only,” Lorenzana said. – Rappler.com