Part 2: The battle of the land titles 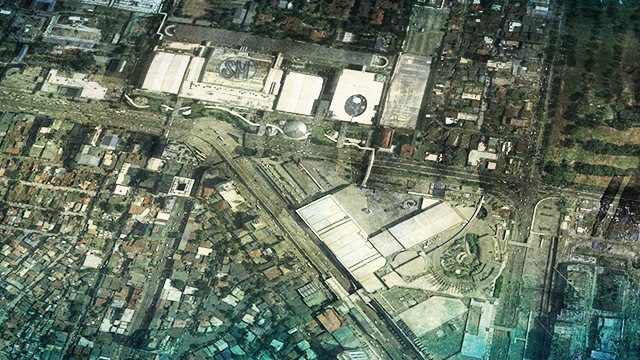 Facebook Twitter Copy URL
Copied
Two investigations – one in Manila and another in Quantico,Virginia – on the documents related to the Ragua heirs' land claim in Quezon City yield interesting, and possibly far-reaching, results

MANILA, Philippines – The new twist in the Raguas’ claim happened in early 2014, after the demolition of the shanties along Agham Road in Quezon City where a Ragua grandson, John Miguel Ragua, and his mother, Cecilia Q. Araullo, resided – ironically – as informal settlers.

The mother and her son went to the CIDG and sought the help of the investigators to arrest a man who had been trying to sell to them an apparently original photo copy of OCT 632, the land title that covered the lot they occupied.

The report said Luna was believed to be in “possession of a century-age Original Certificate of Title (OCT) for the Diliman Estate” when two CIDG officers arrested him moments after he accepted from the complainant a P5-million manager’s check laced with ultraviolet powder.

In the course of the investigation, it was learned that Luna is the son-in-law of Miguel Soco, one of the lawyers who claimed to have represented the Raguas during their fight to recover the vast property.

The photostat copy of the OCT 632 that Luna tried to sell Cecilia for P10 million  was allegedly among the documents entrusted to Soco when the Raguas filed a petition for reconstitution of OCT 632 before a Caloocan City court on August 31, 1964. During that time, the Diliman Estate was still part of Caloocan.

The heirs of the Ragua Estate, then led by the oldest son, Miguel, lost track of the documents after the Ragua patriarch and most of his lawyers died while the case was still pending in court.

Some 21 years later, the Raguas won the celebrated case when Judge Ernani Cruz Paño of Court of First Instance Branch 18 ruled in favor of their land title petition for reconstitution.

After recovering the Raguas’ long-lost land title, the document was immediately examined. Pending the result of its authentication by the PNP Crime Laboratory in Camp Crame, the CIDG also sent it to the Federal Bureau of Investigation (FBI) Evidence Control Unit in Quantico, Virginia, in the US for further “authentication and carbon dating examination.”

The documents sent to the FBI were the following:

After 5 months, on October 2, 2014, the FBI returned to Magalong all the documents he earlier sent for authentication with an accompanying examination report signed by Antoine L. Frazier.

In the absence of an original land title for comparison, the examination result was limited only to observations of the documents’ consistencies, particularly in handwriting, printing characteristics, and missing edges of the dry seal when Items 1 and 4 were compared.

The report also said that the logo of the company that made the material used in the document was clearly lifted from Item 1, and that the experts were still awaiting dating information from the said company.

These are strong indications that the recovered documents is the “original photostat copy” based on the CIDG’s own findings and the observation of the FBI experts, a CIDG document expert said.

Working on the premise that there could only be one original land title that covers the 439-hectare property, then known as the “Diliman Estate,” the CIDG investigators gathered more documents, mostly materials submitted in court cases which, when analyzed, could pinpoint the fake land title among the Raguas’ OCT 632, the Tuasons’ OCT 735, and the Philippine Homesite and Housing Corporation’s (PHHC’s) TCT 1356.

The investigators soon learned that the Tuasons’ OCT 735 – where the PHHC’s TCT 1356 was derived from – came from its mother title, the Tuasons’ Decree 17431.

Decree 17431 was supposedly issued on July 6, 1914. It is part of the documents and pieces of evidence the Tuasons and the PHHC submitted to court to oppose the reconstitution filed by the Ragua patriarch in 1964.

CIDG investigators got copies of the documents submitted by the Raguas and the Tuasons from the court and studied all angles of the case, including possible fabrication and forgery.

It turned out, according to a report, that the Tuasons’ Decree 17431 bears the purported signature of a certain Enrique Altavas as head of the General Land Registration Office (GLRO), the forerunner of the Land Registration Authority (LRA).

Based on the analyzed court records, Altavas’ signature on the Tuasons’ Decree 17431 supposedly issued in 1914 is entirely different from the specimen signature the investigators gathered from Altavas’ service records files duly certified by the Civil Service Commission (CSC).

Even a layman or a non-handwriting expert can see that the questioned signature of Altavas on Decree 17431 differed from the standard signatures of GLRO Chief Altavas, the CIDG report said.

The CSC records also revealed that Altavas became GLRO chief only on June 1, 1933 – almost 19 years after the GLRO issued Decree 17431.

“This only shows how false and fraudulent Tuasons’ Decree 17431 is. Altavas was not even an employee yet of the GLRO when the questioned document was issued so how can he have signed it?” Pablico told Rappler.

The CIDG report obtained by Rappler said that it is clear from the foregoing evidence that the Tuasons, the NHA (formerly the PHHC), and even the government has no valid right, interest, and legal personality in the Ragua Reconstitution Case.

The report concluded that the Tuasons, the NHA, and the Quezon City government, being parties in the reconstitution of the Raguas land title for the Diliman Estate, is an “illegality contrary to the law.”

According to the report, this means that whatever transaction had been consummated between them and other private entities, like the operators of SM North EDSA Mall and Trinoma Complex, are “therefore null and void for they are only impostors without any valid rights whatsoever.” – Rappler.com