MANILA, Philippines (UPDATED) – Witnesses accused a policeman of being behind at least 4 drug-related deaths within the jurisdiction of Police Station 2-Moriones in Tondo, Manila, a Rappler investigative story found.

At least 7 people who put their names on the record identified Police Officer 3 Ronald Alvarez, beat patrolman of Delpan Police Community Precinct (PCP) with badge number 125658, as the one who killed Joshua Cumilang, Rex Aparri, Mario Rupillo, and Danilo Dacillo.

Their testimonies were corroborated by at least 21 interviews in the course of a 3-month investigation by Rappler’s Patricia Evangelista and Magnum Foundation photographer Carlo Gabuco.

Twenty other residents said the alleged encounters in their area were actually summary executions, and accused the police of torture and harassment.

The 10-part investigative story published on Monday, April 24, chronicled the deaths of the 4 men and showed how the reports obtained from the police contradict the testimonies of their families and other witnesses.

Police reports idenfied Joshua Cumilang, Rex Aparri, and Mario Rupillo as drug suspects killed by policemen from the Delpan PCP during legitimate operations. Each of the 3 allegedly supposedly fought the police with a .38 revolver without a serial number. Each also reportedly had sachets of shabu.

Witnesses and family members who saw the killings, however, had a different take.

Jimmy Walker, in the part 2 of the story, narrated how 18-year-old Joshua Cumilang was dragged by armed men to a short alley outside their home before being killed by Alvarez and a companion. His mother Nenita recalled how Alvarez aimed a gun at her after he begged the men to just jail her son.

It was also Alvarez, together with 5 armed men who were not in uniform, who barged into a home and looked for Rex Aparri, accusing him of using drugs. Rowena told Rappler she was positive it was Alvarez who dragged her son Rex down from the second floor of their house – before she blacked out after being hit with a gun and kicked by an unidentified man.

As told by Rowena, it was Rex’s girlfriend Lori Ann who said it was Alvarez who shot her boyfriend while she knelt in the alley – holding their 10-month-old son after one of the armed men snatched him from Rex and hurled the wailing boy at Lori Ann. 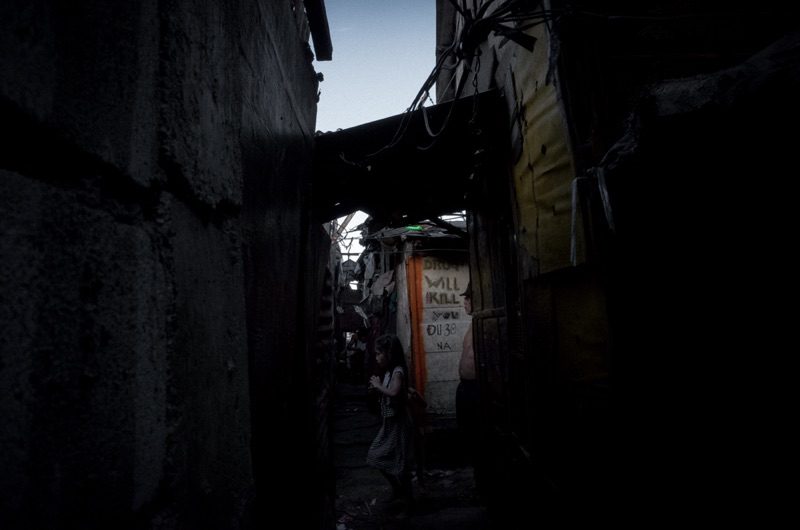 READ THE FULL STORY:
WHERE THE DRUG WAR BEGAN

Part 6 of the story discussed the circumstances surrounding the death of Mario Rupillo.

28-year-old Rupillo’s body was found in the hospital morgue hours after he told his friend that he was followed by cops.

Delpan PCP detainees told the Rupillo family that they saw Mario inside the precinct, adding that he was led inside, cuffed, by the man they knew as Alvarez.

They later saw Alvarez dragging Mario, who was barely able to walk with a sack over his head, outside the precinct before he was dumped at the back of a tricycle.

One of the detainees told the Rupillo family that a woman was also in the same room where Mario was being tortured by the police. The woman, they said, was released soon after, and had bragged to them in public that Alvarez, her “protector,” was the one who killed their son Mario.

While the 3 men – Joshua, Rex, and Mario – were killed in alleged police operations, the circumstances behind the death of 36-year-old Danilo Dacillo was different, as narrated in part 7 of the story.

Lydia Suarez, after months of prodding her nephew to quit using drugs so he won’t get killed, sought the help of a village chief to have Danilo arrested and jailed.

She was later called by a person who introduced himself as Alvarez and was asked if she was positive her nephew was really using drugs.

Suarez confirmed but asked Alvarez not to kill Danilo – just jail him – because no one would take care of his ageing mother. The cop on the other line assured her he was not that sort of man, but the next morning, Suarez received bad news: her nephew was dead.

The bearer of the news was no other than the alleged killer himself: Alvarez.

Danilo Dacillo’s name, however, was not in any of the police records.

The families of Joshua, Rex, Mario, and Danilo were not the only ones who identified Police Officer 3 Ronald Alvarez as the killer. He was apparently well known as multiple witnesses identified him by his official photo, made available by the MPD through a Freedom of Information request.

On the night Rex died, witnesses recalled that Alvarez aimed his gun at the sky, and fired one last shot. “If anyone asks who the vigilante of Delpan is,” he announced, “tell them it was Alvarez.”

On paper, however, Alvarez was a “good policeman” with at least 13 citations across his career, including 6 medals of commendation, a medal of merit, and two medals of efficiency for 2015. There are also no criminal or administrative marks against him; he was never suspended and neither has he been absent without leave. Rappler made repeated requests to interview Alvarez. Although his commanders have endorsed the invitations, he refused to talk upon the advice of his counsel.

The team also requested interviews with 7 of the Delpan PCP policemen listed in the spot reports narrating the encounters that killed Joshua Cumilang, Rex Aparri, and Mario Rupillo. Commander Arnold Ibay of PS-2 Moriones told Rappler they declined the interviews.

Police Chief Superintendent Joel Coronel, chief of the the Manila Police District, said that he had ordered a review of cases because of the allegations against Alvarez yet he remains on active duty as patrolman in Delpan.

“I cannot comment on [Alvarez] other than what appears in his record, because I do not know him personally. So based on the record, if I look, he’s an ideal policeman – I mean not an ideal, but he’s what, what should I say, an above-average policeman because he’s very satisfactory, based on his record.”

Coronel added that the other policemen named would have to be investigated too. “If it can be established there’s conspiracy among them, all of them, those who are involved in that operation may be held accountable for murder.”

But the MPD chief who had a tendency to break into nervous laughter said that the fatalities are no surprise as drug suspects are expected to fight back.

“That’s really it, they will commit suicide just to hold on to the drugs they have,” he said. “I’m sure they borrowed money to get it. They know their lives are at stake and that drug traffickers will kill them. It’s no different from Mexicans and Colombians.”

He insisted, however, that his district has been successful so far in the war on drugs as the drug supply has gone down.

“Not everyone is killed,” he said. “We have more arrests than killed.” The 368 killed since July, he said, are “even less than 10%” of arrests. – Jodesz Gavilan/Rappler.com