Operation Nemesis: Investigating the exploitation of Filipinas in Czech Republic 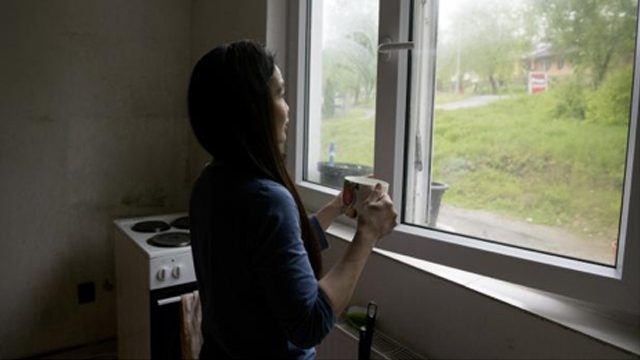 Facebook Twitter Copy URL
Copied
According to the investigation, once the Filipinas reached the Czech Republic, the conditions they were promised suddenly changed

The online news website iROZHLAS, part of a public service Czech Radio, with details from the ongoing police investigation and its own field research came with a story that is  presented in this English version, translated and edited exclusively for Rappler by our Czech colleagues as a way of showing solidarity with this publication and respect for the crucial work it continues to do despite the difficulties and pressure it has come under.

She has been living for the last year and a half in a roadside hostel in Studanky, a small village of less than 200 inhabitants, a mere stone’s throw from the border of the Czech Republic and Austria.

A single mother of 3, Jodelyn has not seen her children for several years now. She left them behind as she went abroad in search of a better-paying job. Before Studanky, she worked in Qatar and Dubai.

Jodelyn only has good things to say about the Czech Republic, despite the fact that she gets the lowest salary one can get according to the Czech law for her 6-day workweek. There are 11 more Filipinas sharing the accommodation with her.

“I work 8 hours a day as a shop assistant in an outlet store just across the road. Others work in a massage parlor of our boss,“ she says.

It’s mostly Austrians who frequent the large marketplace at the outskirts of Studanky, as well as restaurants, casinos, and the massage salon just outside this last Czech village before the border. They come here to shop, attracted by the cheaper groceries, cigarettes, alcohol, cosmetic products, or clothes. They also spend money on massages and nail care.

This borderland “empire” belongs to Vietnamese businessman Duc Cuong Pham, called “Pavel” or simply “Boss” by his employees. At the beginning of March, his business was hit hard when police charged Pham of exploiting some of the Filipinas working for him. He was a key part of the group that formed a focus of the operation Nemesis, launched by the Czech Republic’s National Anti-Organized Crime Center.

“It was in March. The police came and took us with them to the station,” confirms Jodelyn. The police was alerted by other Filipinas who described to them their working conditions in a much more dramatic way than Jodelyn. The investigation that followed led the police to the conclusion that the women became victims of an organized human trafficking group that has put them in a trap from which there seemed to be no escape.

The detectives arrested 8 individuals that were profiting from the extremely difficult situation the poor Filipino women found themselves trapped in. Aside from Pham, there were also two owners of the Prague-based recruitment agency Atlas, Ondrej Pohan, a Czech man married to a Filipina; and Rowena Cabingan, herself a Filipina based in the Czech Republic.

The group, according to the police, was targeting the most vulnerable. “All of the exploited Filipino women were coerced to take the job in the Czech Republic by their dire financial situation – they come from the impoverished background, are single mothers, and lack proper education or vocational training,“ states the police document that the iROZHLAS server gained access to.

The way the group operated, according to the detectives, was as follows: Pohan and Cabingan, either directly in the Philippines or online, lured women by offering them favorable conditions – 40-hour workweek, guaranteed minimum wage (which, since its last adjustment in January 2019, stands at 13,350 CZK or P30,000), free room and board, and travel expenses including airfare.

‘They didn’t keep their word‘

“But they were aware that these were just empty promises while in reality conditions would be different. After the women obtained – and themselves paid for – their work visa, they were asked to pay a made-up procurement fee of P20,000 to P40,000,” says the police report.

Even before leaving the Philippines, these women already incurred a debt because of this made-up fee. After arriving in the Czech Republic, as they later confided to the police, Pohan or Cabingan told them that the conditions discussed before no longer applied. They also threatened them with a 10,000 CZK (P22,500) sanction to forcibly extract an agreement from them.

“At the Atlas agency office, they gave them new contracts to sign with the working time expanded to 48 hours a week and a bill of exchange, written in Czech, for 65,000 CZK (P146,000), explaining to them they will have to pay this sum if they decide to quit within two years,“ the investigation report states.

It was virtually impossible for the women to refuse. “They were forced to sign under the threat of being deported back to the Philippines. And they were given false information that they will immediately lose their temporary residence permit if they change job,” the detectives say.

The women ended up in a situation they could not get out of, which was precisely what the group of Pohan, Cabingan, and Pham counted on, police say. “They took advantage of the fact that the women didn’t speak or understand Czech language (parts of the contracts and some other documents like the bills of exchange were not translated) and also of their dire financial situation, made even worse by having debts just to be able to travel to the Czech Republic.”

Some of the women were then sent to Studanky to work in Pham’s businesses as masseuses, manicurists, pedicurists, receptionists, or kitchen staff.

At the beginning, they worked practically nonstop and without any pay, the police said. “Usually it was 12 hours a day without any days off in the first two weeks and they were not getting paid. Then they would work 72 hours, 6 days a week, skirting the legal obligation of an uninterrupted time to rest or vacation. Also, they would only be given one 15-minute break per shift and only when there was no client to attend to. For this, they were paid a fixed wage of 15,500 CZK (P35,000) a month.“

According to the assessment commissioned by the police detectives, the women should have been paid more if the law was strictly followed. And that is how the members of the criminal group enriched themselves, pocketing the difference between the paid wages and the minimum value of the actual work.

To add insult to injury, Pham’s people were deducting further sums of money from the Filipino women’s salaries for various “offenses” and they didn’t pay them for working overtime.

Yet, the Vietnamese businessman is not under arrest now unlike the other main suspects in the scam. He could not be reached in any of his businesses when iROZHLAS tried to get his side of the story. The receptionist of his casino took the reporter’s calling card and promised to pass it on together with the request for an interview, but Pham did not get back to us.

In the end it was the businessman’s lawyer Lukáš Bohuslav who broke the silence, but only to deny all of the allegations.

“My client would like to make clear that he has never exploited anyone. It is only a negligible minority of his employees who testified against him, and it should be stressed that they have done so in a way that would be inadmissible in any court of justice. My client believes his innocence will soon be proven. To see this in a proper context one should be aware that the Human Trafficking and Illegal Migration Department of the National Anti-Organized Crime Center needs to show some activity and justify its existence,” he says.

There is one more line of investigation aside from that of  Pham. It led the detectives to the popular Prague neighborhood of Letná where Pohan – so the police claim – provided more Filipinas for a brothel hiding in a discreet building in Kamenická street not far from the main avenue lined with trendy bars, cafés, restaurants, and other business establishments patronized by many of the Czech capital’s expats and locals alike.

If they refused, there was a tried and tested course of action according to the police – threats of deportation and having to pay off the debt. “The women had to work six days a week in two shifts – one from 10 am to 8 pm, another one from 8 pm to 5 am. There was a fixed pay of 1,200 CZK (P2,700),“ reads the police report. One of the women told the police, however, that part of the sum was regularly deducted due to various “offenses” like refusing to serve a client, disobeying instructions, or not keeping the working hours.

The money thus taken away were then kept by the pimps. They were also the ones deciding how much to charge each client for the various services or what clothes the women were to wear. It appears to be this exploitation that has finally brought the existence of the criminal group into the knowledge of the police. Some of the women were beginning to rebel against their ordeal and some sympathetic Czechs they met helped them out of their predicament.

The brothel in Kamenická street is no more. Neither will you find anyone in the office of Atlas agency located in the historical Mala Strana neighborhood, on the same street and within walking distance from the famous church of Santo Niño de Praga. Pohan and his Filipina business partner have been detained since March together with another person.

“They are the main suspects in this case,” the spokesman of the National Anti-Organized Crime Center Jaroslav Ibehej confirmed.

‘Only helping the women’

One of Pohan’s lawyers – Blend Raji – denies the story offered by the police. He insists his client was only helping the women. “If you want to label as exploitation the fact that he found them a job, then go ahead, call it exploitation. They were acting of their own will though. They knew what they were going to Czechia for. Besides, he didn’t employ anyone, he only brought them here for work and they were then employed by someone else.”

Since Pohan’s business partner Cabingan also can’t answer her phone, being in detention, iROZHLAS asked her lawyer Jiří David to comment on her behalf. But he didn’t want to.

Nor are the police detectives eager to talk. The Municipal Public Prosecution Office in Prague that oversees the case told iROZHLAS that the suspects are vigorously opposing the charges. “They are actively using their rights to defend themselves. They have filed several complaints against the formal initiation of the prosecution. These complaints have not been deliberated upon yet,” said Aleš Cimbala, spokesman of the Prosecution Office.

However, the arguments of the accused are disputed by at least 7 Filipinas who are cooperating with the police. And the information they provided were verified by the police wiretaps as the group was under scrutiny for some time prior to the March bust that the operation Nemesis culminated in.

The investigators have calculated that just in the case of the 7 women, the accused of enriched themselves illegally with 660,000 CZK (P1.5 million) over the last two years. And during the police searches in the homes of the accused, several million Czech crowns in cash and in bank accounts were found. The total of 8 suspects were charged with human trafficking, a criminal offense punishable by maximum of 12 years in prison under Czech law. – Rappler.com