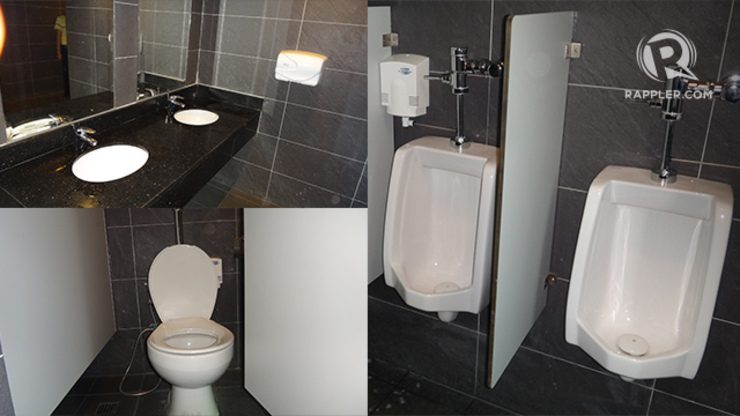 MANILA, Philippines – If you happen to be inside the controversial P2.8-billion Makati city hall parking building and had to answer the call of nature, you’d feel highly privileged if you knew how much the toilet fixtures cost taxpayers.

By the time you’re done, you would have experienced more than P100,000 worth of service courtesy of the Makati City government. This excludes the thousands of pesos spent on labor to install these accessories.

Based on the detailed estimates by contractor Hilmarc’s Construction covering Phases 3 to 5, the toilet accessories ranged from a few hundred pesos to tens of thousands of pesos.

But this is not the story.

In just two years, the difference in prices of these same toilet accessories – from the toilet bowl to the hand dryer— rose by around 300% on a per unit basis.

Corresponding with the increase in unit cost per item were labor costs incurred to install these items whose prices also jacked up.

Phases 3, 4, and 5 of the parking building construction were carried out in 2010, 2011, and 2012 respectively. Due to changes in the specifications for the building requirements, all 3 phases underwent revisions in the final costing, resulting in higher contract prices than the original Approved Budget for the Contracts (ABC).

We checked several toilet rooms at the Makati parking building and found that majority of the fixtures carry the American Standard brand. While the accessories in each toilet are basically the same, they vary in prices by a huge gap from the detailed estimates, which, on face value, already raises questions about overpricing.

A detailed estimate indicates the breakdown of materials to be used in a construction project and the corresponding labor cost. It contains the number of items procured and the cost per unit or item. 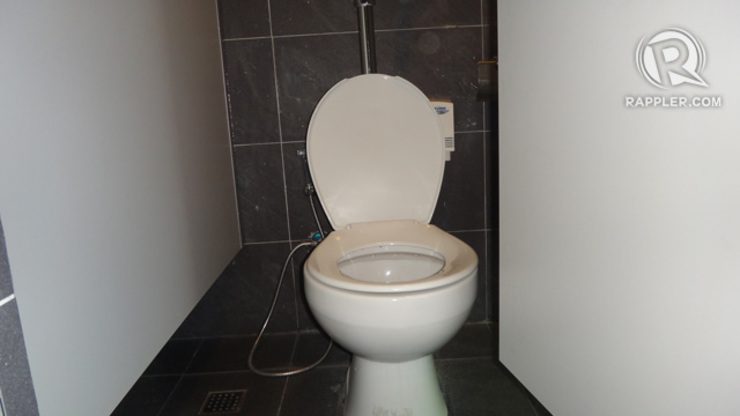 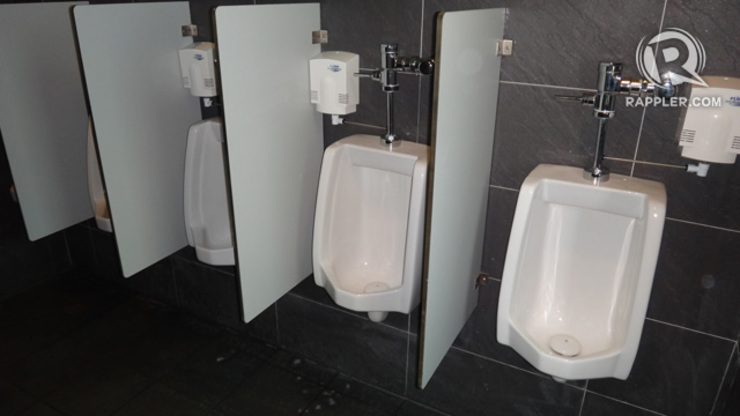 Based on the comparative prices above, Hilmarc’s quotation for the toilet accessories per unit increased year on year. Notably, the quotations are way above the current retail prices, and even exceed the prices of the more expensive brands.

Specifically, for Phase 3 and Phase 5, for the same products, prices of the accessories more than doubled, or even tripled as in the case of the urinal and hand dryer.

The detailed estimates also show that prices of minor toilet accessories, like paper holder, bidet, faucet and hand dryer also rose in cost per unit year on year. For instance, a paper holder that cost P490 in 2010, was priced at P750 in 2011, and then P1,183 in 2012.

We also sought comparative estimates from purchasing officers of hotels and other high-end buildings for the same toilet accessories. Since they order by bulk, cost per unit of the above mentioned toilet items went down considerably. They gave us the following breakdowns:

During a Senate hearing last Thursday, J Bros Construction president Alejandro Tengco claimed that his signatures that appeared in the bidding documents were forged.

In Phase 5, where 4 hand dryers were to be installed, the labor cost ballooned to P72,240.

An ocular inspection conducted by the Senate Blue Ribbon sub-committee looking into the 11-story building has bolstered allegations it was overpriced. Senate resource persons who took part in the ocular inspection concluded that the parking building is a modern building of average standard, and not “world-class.”

Construction for the parking building began during the time of former Makati mayor and now Vice President Jejomar “Jojo” Binay. The Binay patriarch oversaw Phases 1 and 2, while his son and successor, Junjun Binay, implemented Phases 3-5.

A statement issued by Makati City government spokesman Lito Anzures dismissed the conclusions of senators and the experts.

“Random and piecemeal assessments made by engineers, architects and quantity surveyors tapped by the Senate are not conclusive, and therefore cannot be used to validate the alleged overprice. It is only the courts that can determine overprice and criminal liability on the basis of evidence presented and the testimonies of all parties involved,” Anzures said.

Technical evaluations conducted by the resident state auditors of Makati assessed that the construction for the Makati parking building were financially reasonable. (READ: Red flags in ‘overpriced Makati infra projects)