Fake car insurance for a fee 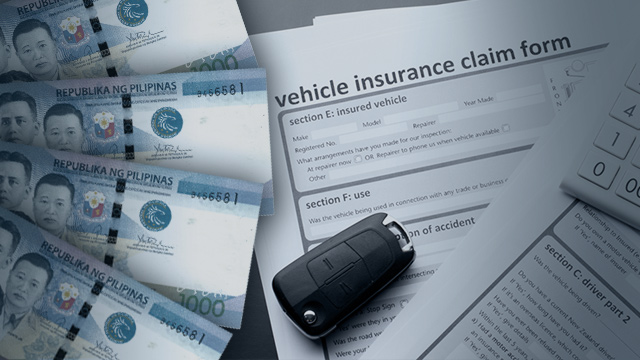 Editor’s Note: This story was first published by Newsbreak Magazine in 2001. The problems persist to this day.

MANILA, Philippines – The road accidents they figured in ranged from the manageable to the tragic. Rudy’s tricycle, trying to maneuver away from another vehicle, slammed onto a lamppost, bruising his passenger. The Paredeses were on their way to an out-of-town retreat when a delivery truck hit their car, crumpling it like paper, killing the family driver, and badly injuring the spouses and their three children.

There’s one common element in the unfortunate stories. Hoping for indemnification, at least for the wrecked vehicles, aggrieved parties discovered that the vehicle blamed for the accident was not covered by an insurance policy, and therefore could not answer for the damage.

Every year, hundreds, even thousands, of motorists receive the same bad news.

Insurance coverage is required for the registration of a motor vehicle. Registration has to be renewed each year, and most insurance policies last that long. How come some vehicles do not have insurance cover? Some owners think they have, but later find out that they hold fake papers.

In 1999, the Insurance Commission reported that 889,662 insurance policies for motor vehicles had been issued by licensed insurance companies. LTO records show, however, that 3.7 million vehicles were registered that same year.

The discrepancy in the figures, 2.81 million, represents the number of vehicles with fake insurance policies. This is equivalent to more than 75 percent of the total registered vehicles.

From what Newsbreak gathered, there are syndicates of insurance brokers or agents, employees at the Land Transportation Office (LTO), and fixers who sell fake certificates of cover (COCs) to unsuspecting clients. Why vehicle owners fall into the trap can be explained not just by their ignorance or impatience over the process of registering their vehicles with the LTO, but also by the finesse with which the syndicates operate.

While their most obvious victims are the motorists, who expose themselves to danger every time they hit the road, the syndicates have two other victims that may be just as helpless: the insurance industry and the government. Because of the syndicates, the insurance industry loses part of its potential multibillion-peso income every year. With reduced earnings, the industry remits less tax to the government.

Before a motor vehicle – whether a motorcycle or a heavy commercial truck – can be registered, the owner has to present a COC from any non-life insurance company. The total premium to be paid depends on the vehicle’s size and purpose (private or commercial) – P258 for a tricycle, P553 for a private jeep or car, P1,080 for a taxi, P1,424 for a bus, etc.

The COC bears the logo, address, and tax identification number of the insurance company. Printed on the COC are a policy number, which should be unique for each vehicle, and the limit of liability, which the Insurance Code has set at P50,000.

The rest of the boxed spaces, such as for the name of the insured, the model of the vehicle, and the period of insurance, are blank and are to be filled up by the vehicle owner and the insurance agent.

The COC is accomplished in three copies. The original goes to the LTO, the second to the vehicle owner, and the third to the insurance agent.

How fakes are made

The crooks have devised at least four ways to produce fake certificates. Based on the experience of the Insurance and Surety Association of the Philippines (Isap) and the LTO, these are the syndicates’ modi operandi:

In fact, LTO sources say the rift within the Rebolusyonaryong Alyansang Makabansa stemmed from this. Retired Commodore Domingo Calajate reportedly wanted to sponsor three to four insurance companies that would monopolize business in certain LTO branches, and that he also wanted to put up his own insurance company to deal with LTO clients. These plans were aborted when former Brig. Gen. Edgardo Abenina, LTO chair, learned from the Insurance Commission that these would be tantamount to sanctioning unfair competition. Calajate has denied the allegations.

Pedro Benedicto Jr., Isafp president, says the industry in 1999 remitted to the government P1.096 billion in taxes on the 889,662 insurance premiums from motor vehicles. This means that the government could have collected four times that amount, or P4.38 billion, if all registered vehicles paid their premiums to legitimate insurance companies.

For the non-life sector of the insurance industry, the syndicates of fake insurance certificates eat up as much as P20 billion of its potential income every year. In 1999, that sector grossed only P6.70 billion from premiums on motor vehicles.

Although the racket has been going on for years, Benedicto says Isafp has no way of determining erring brokers or, possibly, erring member-companies. This is because duped clients normally do not file formal complaints with the Isafp or the Insurance Commission.

Deputy Commissioner Vida Thiong says the commission has not classified the cases it handles according to type of insurance coverage, so it cannot tell how many complaints involving fraudulent vehicle insurance are filed.

Its latest report on the Web indicates that only a small number of aggrieved vehicle owners pursuing their claims.

The commission says it received only 11,975 inquiries and requests for assistance an all types of insurance coverage in 1997. Of these, only 848 were taken up in adjudication conferences – meaning the aggrieved party filed a formal complaint – and 759 insurance claim cases were settled.

How to stop it?

Benedicto also says there’s no way of telling a fake COC from the one issued by an insurance company because “no special paper with security codes”¨ is required for its printing.

Thiong points out, however, that the insurance companies are liable for the proliferation of fake COCs using their names. “They should be more responsible because these are accountable forms,” she says.

To put an end to this illegal business, the LTO, the Insurance Commission, Isafp, and DTech Management Inc have reached a memorandum of agreement for their interconnection once LTO’s computerization program is in place.

Abenina says that once the parties to the agreement are all on line, the vehicle owner need only go to an LTO-accredited bank, choose from a list the insurance company he wants, to cover his vehicle, and pay the corresponding premium.

Carrying the COC from the bank, the vehicle owner can now register with the LTO, where computer data will determine if the insurance policy number, the name of the insured, and the information on the vehicle match.

LTO offices throughout the country are to be computerized in two years. For now, the least that the LTO and the Isafp can do is to announce the names of the 116 member-companies of the insurance association so clients can avoid dealing with unlisted ones.

Benedicto admits, however, that this strategy has its limitations. “Vehicle owners and the LTO employees cannot distinguish a real COC from a manufactured one. So once they see the name and logo of a company on the list, they will just accept the COC as genuine,” he explains.

He and other insurers agree that computerization is the most feasible way of dealing with the problem. – Rappler.com