INFOGRAPHIC: The Manalos of the Iglesia ni Cristo

Aug 1, 2015 5:15 PM PHT
Rappler.com
Facebook Twitter Copy URL
Copied
As more controversies surrounding the INC surface, we may hear more about the Manalo family and their connections. Get to know who's who in the family. 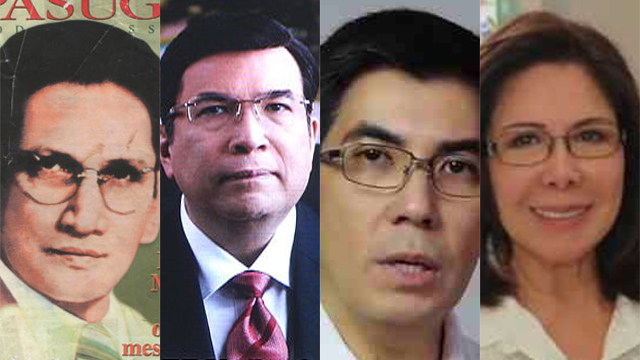 MANILA, Philippines – The recent crisis surrounding the Iglesia ni Cristo (INC) has thrust the Manalo family into the limelight. It’s the family that’s supposed to hold sway over this influential, century-old church that recently has been wracked by controversy.

Just days before celebrating its 101st founding anniversary, the INC made headlines after Felix Nathaniel “Angel” Manalo and his mother Cristina “Tenny” Manalo appealed for help in a YouTube video, saying their lives are in danger. It mirrored a badly fractured church, if not a divided family.

We tried to put together information about who’s who in the family for readers to better make sense of relationships, connections and dynamics. If you have information to share, we can add them to this story. For starters, we will share what we know and have verified.

Eraño or Erdy passed on leadership of the church to his eldest son, Eduardo, already in his 60s. “Ka Erdy” and “Ka Tenny” have 6 children, the eldest being Eduardo, followed by Angel whose formal name was taken from his grandfather, Felix Y Manalo. Felix Ysagun Manalo was known to be the founder of the Iglesia and was its very first executive minister or “Tagapamahalang Pangkalahatan”. It is unclear why he adopted his mother’s surname instead of his father’s, Ysagun.

In a surprise turn of events, the current INC leader Eduardo expelled his very own mother and younger brother from the church, with Iglesia representatives denying the claims made by the two in the YouTube video. Mother and son said they feared for their lives, while Angel spoke of corruption in the church and appealed to his elder brother to talk to them, especially their mother.

“Ka Eduardo” and his wife Lynn have 3 children – Dorothy Kristine, the eldest who is also a lawyer, and who married Theoben Orosa, likewise a lawyer who works with the INC’s legal department; Gemma Minna who married Antonio “Jojo” de Guzman; and the youngest and only son, Angelo, who is said to be in his mid-20s. Angelo was reportedly ordained minister at the age of 20 or thereabouts. De Guzman, said to have been expelled previously because of reforms he and a group wanted within the church, has returned to the fold.

As more controversies surrounding INC surface, we may hear more about the Manalo family and their connections. Get to know who’s part of this family and how they are related to each other in the infographic below. 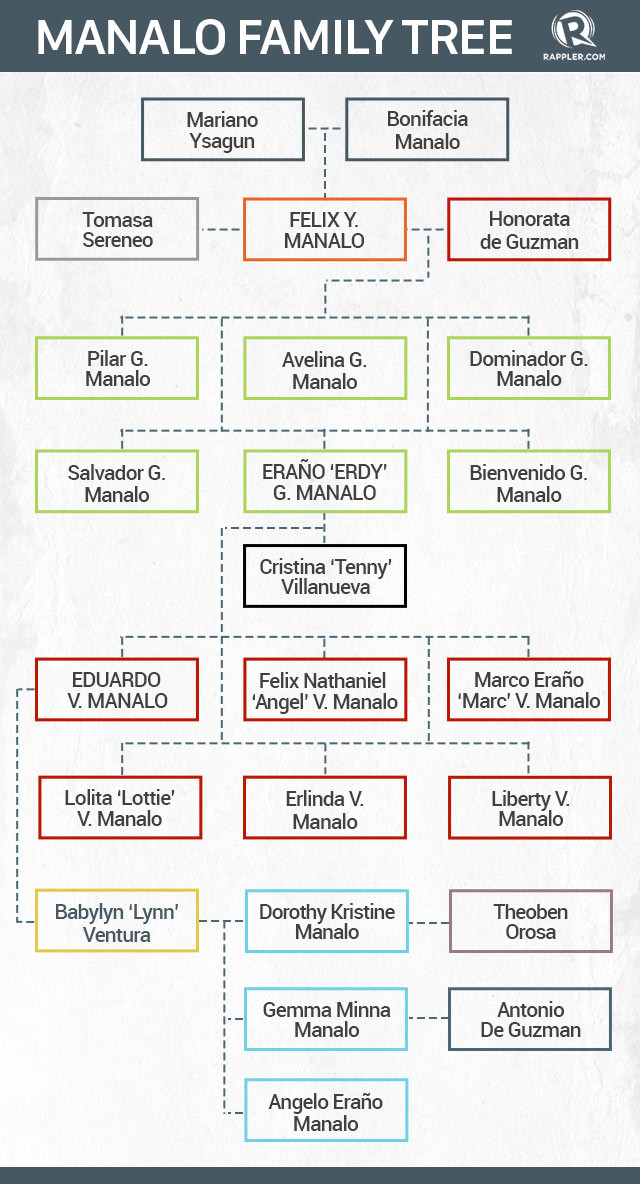