11 things to know about Chiz Escudero

Oct 11, 2015 4:00 PM PHT
Facebook Twitter Copy URL
Copied
Among others, Escudero is a friend of the President. Both love cars and smoking. 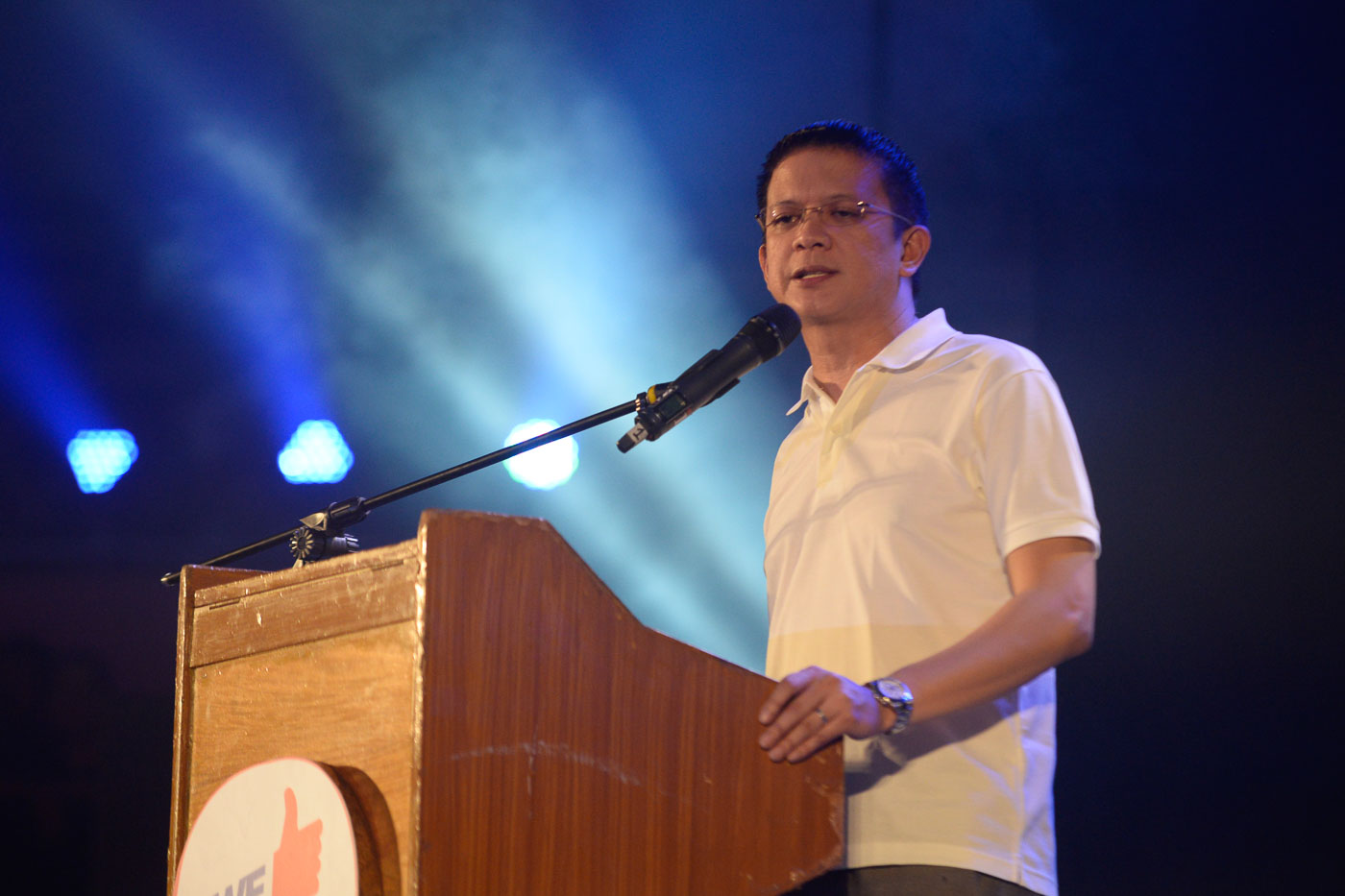 MANILA, Philippines – Senator Francis “Chiz” Escudero is undoubtedly one of the more popular names in the 2016 race. Much has been said about his stint as senator and politician, but here are 11 things you might not know yet about this vice presidential aspirant:

1. Francis Joseph Guevara Escudero, or Chiz, as most Filipinos know him, became a politician at the age of 28. He ran and won as Sorsogon 1st district representative in 1998. He admitted wanting to run for public office while still in law school but his parents discouraged him, as they wanted him to take further studies first.

As he did not grow up in the province, he learned to speak Bicolano only when he was in post-graduate school, when his roommate gave him a book in the local dialect.

2. He was a product of the University of the Philippines education system from grade school to law school. He then obtained his Master’s degree in International and Comparative Law at Georgetown University in Washington, DC.

In UP Law, he joined the Alpha Phi Beta fraternity and was a former Lord Chancellor, the term for head of fraternity. 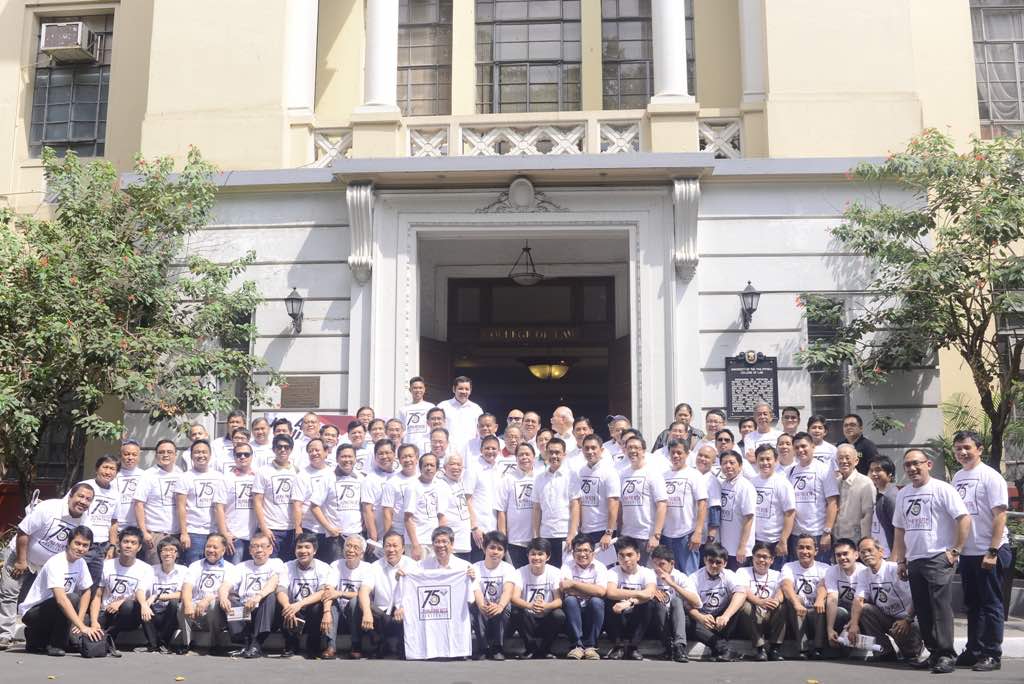 3. In a 2012 interview, Escudero explained his signature monotonous speaking tone.

“Pumasok ako sa pulitika, bata ako, hindi ako sineseryoso. Perhaps it was a defense mechanism when I was starting. Hindi ako puwede mag-crack ng jokes about serious matters unlike Joker, Miriam, or Enrile, I had to have a serious tone,” he said.

(When I entered politics, I was young, I was not taken seriously. Perhaps it was a defense mechanism when I was starting. I could not crack jokes about serious matters unlike Joker, Miriam, or Enrile, I had to have a serious tone.)

4. He is a friend of President Benigno Aquino III. Both love cars and smoking. Both knew each other since their stint as congressmen. The two also served in the Senate at the same time, after winning in the 2007 elections. In 2010, after failing to launch his own presidential bid, Escudero helped Aquino’s campaign and lent his own Senate staff to the latter.

5. Escudero was a staunch critic of the Arroyo administration. In 2004, he was the spokesman of the late action star Fernando Poe Jr when he ran for president. Escudero’s role in the 2004 presidential campaign is the same reason cited by FPJ’s daughter and now presidential candidate Grace Poe for her standing by Escudero, despite persistent talk he is a liability. (READ: Is Chiz Escudero weighing down Grace Poe’s chances in 2016?)

6. Escudero, a former member of the Nationalist People’s Coalition, earlier downplayed the roles of political parties and said he chooses whom to support based on what and who he believes in. In a 2012 interview, Escudero said he believes that “who you are as a politician should also be who you are as a person.”

“At the end of the day parties mean nothing anyway in the Philippines, they all fight for the same thing,” he said. After leaving the party in 2009 for supposed conflict due to campaign funds for his purported presidential bid, independent candidate Escudero met with the NPC several times to seek support for 2016.

7. In 2012, Escudero was the “poorest” senator based on his Statement of Assets, Liabilities, and Net Worth. In 2013, he was the 2nd poorest senator, next to Senator Antonio Trillanes IV.

In his 2013 SALN, Escudero’s net worth jumped to P8.243 million, on the strength of properties – 5 residential and one he acquired by “succession.” (Escudero’s father, former Agriculture Secretary and Sorsogon First District Representative Salvador Escudero died in 2012). His cash on hand also rose to P3.183 million.

8. In 1999, Escudero married singer Christine Flores. They separated in 2010 but it was only publicized in 2011. Their marriage, which was annulled in 2012, produced fraternal twins Chesi and Quino. The kids stay with the senator in his New Manila home. 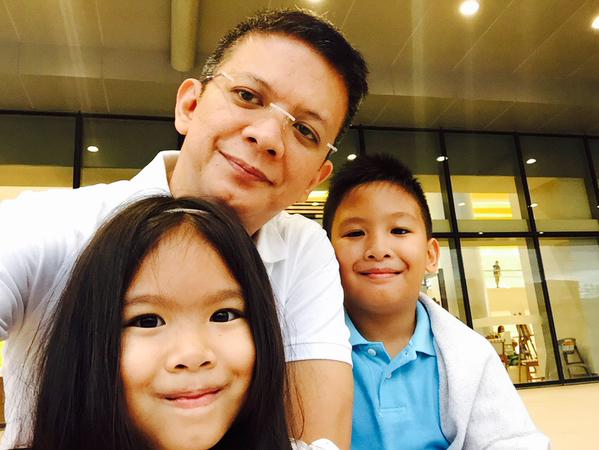 The two met in Sulo Hotel, where Flores was a singer. In an interview with columnist Ricky Lo, Flores recounted their first meeting in 1994: 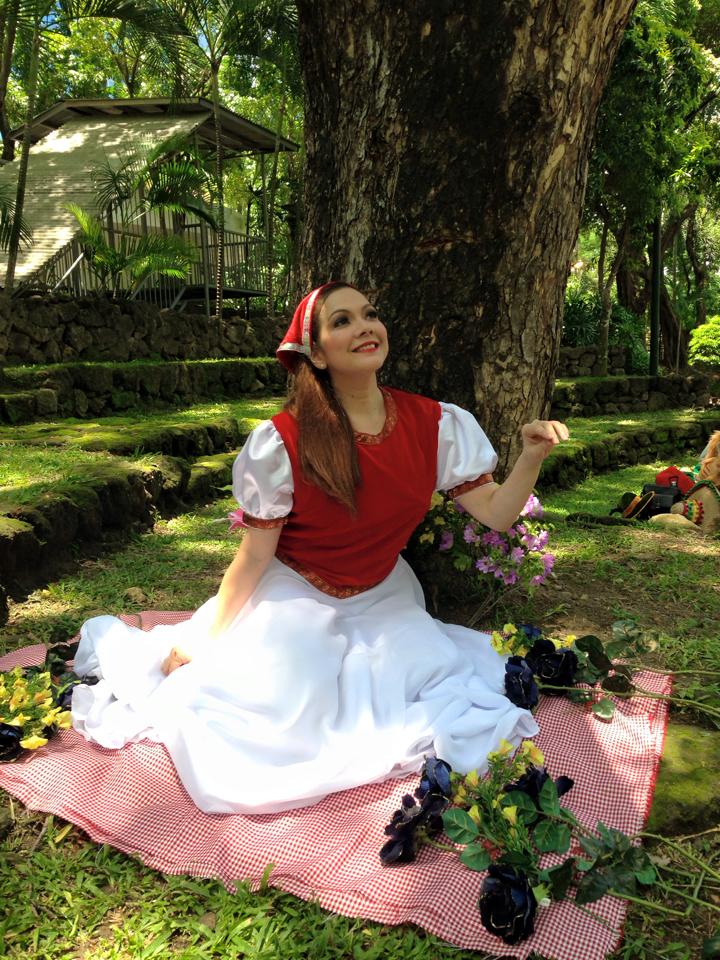 “The waitress approached me with a request slip. Nakasulat doon ‘Fallin’’, requested by ‘Atty Cordero’. Aba, Chiz’s group started laughing! His friends were shouting, ‘O, pare, hindi ka naman pala kilala, eh!’ It turned out that Chiz was boasting to them that he knew me and I knew him. He ended up alaskado that night.”

(The waitress approached me with a request slip. Written on it was Fallin’, requested by ‘Atty Cordero.’ Chiz’s group started laughing! His friends were shouting, ‘Hey, she does not know you!’ It turned out that Chiz was boasting to them that he knew me and I knew him. He ended up being the subject of teasing that night.)

9. In 2012, Escudero and celebrity Heart Evangelista admitted they were dating. In 2015, after Escudero got the Church annulment of his first marriage, he married Evangelista in a lavish wedding, with big businessmen as sponsors. (READ: How can a 2nd ‘poorest’ senator afford a Balesin wedding?) 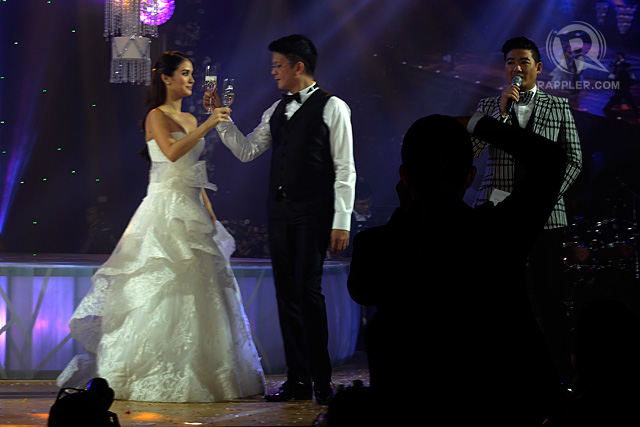 10. While Heart’s parents vehemently and publicly opposed the union and even skipped the wedding rites, her mother Cecille Ongpauco was spotted at the front row during Escudero’s declaration of his vice presidential bid on September 17. Heart told reporters her father could not attend as he was sick, but she said he called Escudero to send his regards. 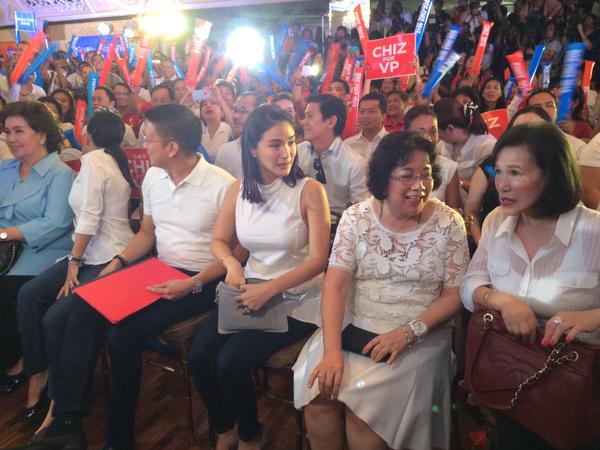 11. In 2006, then Congressman Escudero was supposed to be part of the 1st Pinoy Big Brother Celebrity Edition. He eventually begged off, citing his work as reason.

“Because I was an incumbent congressman and had a job to do, both in and out of Congress, for, and in behalf of, my constituents, I considered it a conflict of interest to be in ‘the house of Kuya’ instead of doing my duties as Representative of the 1st district of Sorsogon,” he told Rappler in a text message. 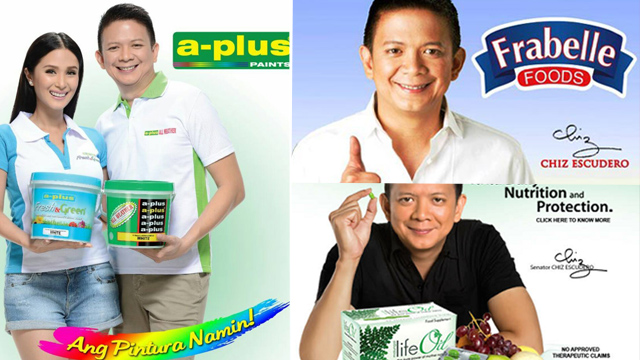 While he supposedly declined out of “conflict of interest”, Escudero has accepted commercial endorsements while serving as a senator. He currently endorses meat products, paints, and supplements. His advertisements can be seen in magazines, on buses, and on billboards. – Rappler.com