8 things to know about Mar Roxas 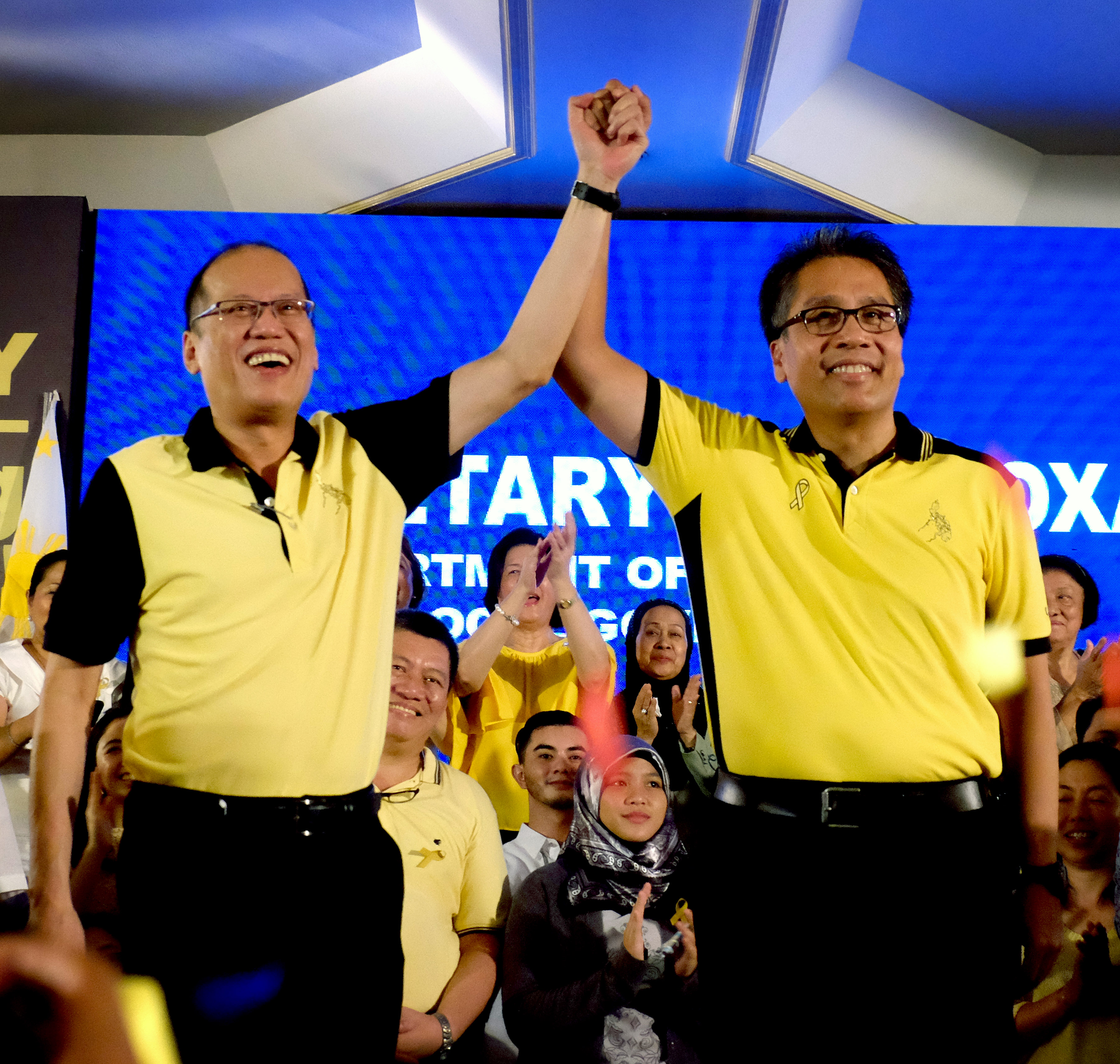 The Liberal Party (LP) standard-bearer is many things to different people: President Benigno Aquino III’s anointed, former interior and transportation secretary, the frontliner during many of the administration’s biggest crises, the man who let go of his presidential dreams in 2009 to make way for the current president.

Although he’s been a public figure since the ’90s, there are some things about the LP president-on-leave that not everyone knows about.

Here are a few tidbits compiled by Rappler, based on conversations with the people surrounding him, social media posts, numerous interviews and public speeches, and more than 2 years of trailing the administration bet:

1. Politics wasn’t originally part of the plan. Roxas’ entry to politics is a tale shared by many politicians, including his running mate Camarines Sur Representative Maria Leonor “Leni” Robredo. 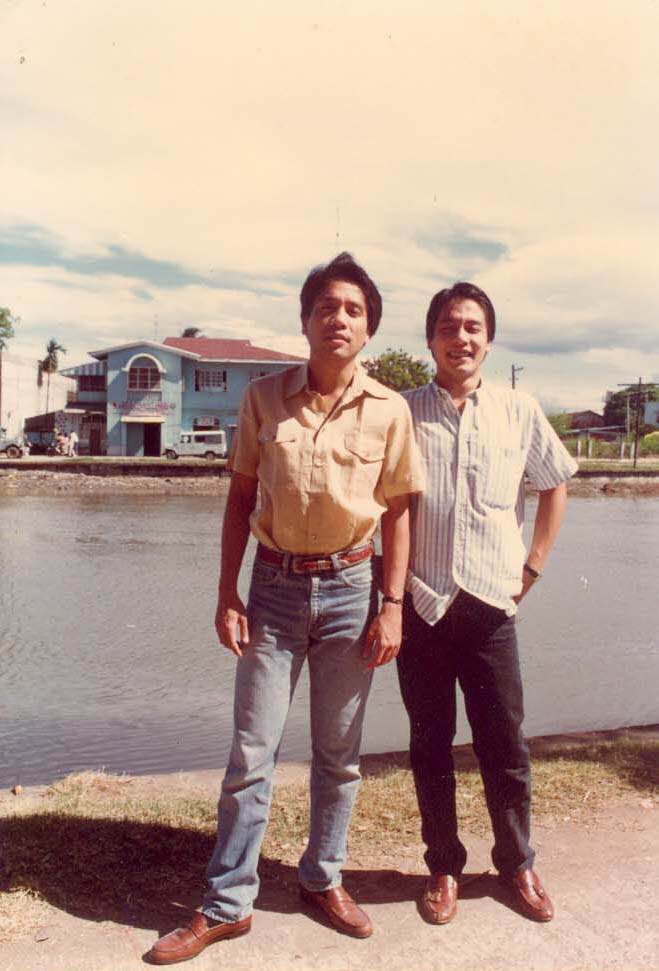 Already a successful investment banker in New York, Roxas was thrust into the world of politics after his younger brother, Capiz Representative Gerry “Dinggoy” Roxas Jr. died in 1993.

Roxas came back to the Philippines and ran for Congress, taking over the seat his younger brother left behind.

Dinggoy was being groomed to be the politician in the family, following the footsteps of their father, former senator Gerry Roxas and their grandfather, former president Manuel Roxas.

When he announced his 2016 presidential bid, Roxas touched on the legacies left behind by his grandfather, father and brother. He also visited their graves a few days before he was endorsed by the President.

2. Ateneo, Wharton, ‘adopted’ PMA. Roxas is an alumnus of the best schools both here and abroad.

He graduated from the Ateneo de Manila in 1974 then studied economics at the Wharton School of Economics at the University of Pennsylvania 5 years later. 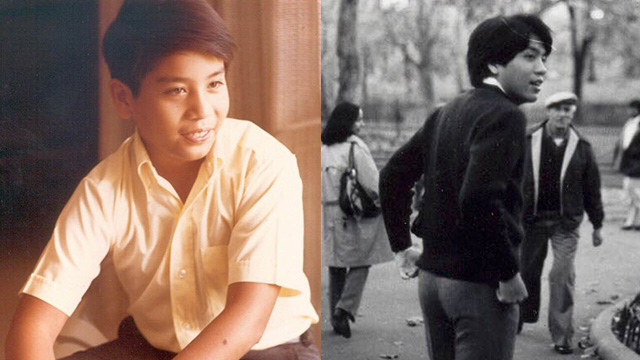 He was eventually promoted to assistant vice president of New York-based boutique investment bank Allen & Company.The Roxas scion then worked as an investment banker, “mobilizing venture capital funds for small and medium enterprises,” according to his official website.

His educational background came in handy year laters, particularly when he was appointed Trade Secretary by former presidents Gloria Macapagal-Arroyo and Joseph Estrada.

While he was Transportation Secretary and later, Interior Secretary of Aquino, Roxas was also among Aquino’s top economic advisers.

Roxas may have bid goodbye to the lucrative world of banking and finance but he isn’t doing too bad either.

In 2014, Roxas was the fourth richest member of the Aquino administration with a net worth of P202.08 million.

It’s a world away from banking and finance but Roxas is also an “adopted” member of the Philippine Military Academy (PMA) Class of 1984. Most of his “mistahs” are now ranking members of the both the police and military forces.

While most people (the reporters covering him included) like the game for its action-packed pace and fun upgrades, Roxas says it’s his favorite because it’s all about economics – specifically, making the most of limited real estate (the lanes where you can put plants and fungi) and maximizing your upgrades.

Mid-2014, the PNP introduced “Oplan Lambat-Sibat,” a program launched to improve policing in the National Capital Region (NCR) through the auditing of crime data, “smarter” deployment of policemen, and moving cops from offices out to the streets.

The task was simple enough – but that didn’t mean it was easy. “Lambat Sibat” required all precincts, stations, and districts in NCR to submit their blotters, which in turn would be reviewed by officials from Camp Crame. It was a tedious job made more difficult by weekly meetings with Roxas and the PNP’s top officials. 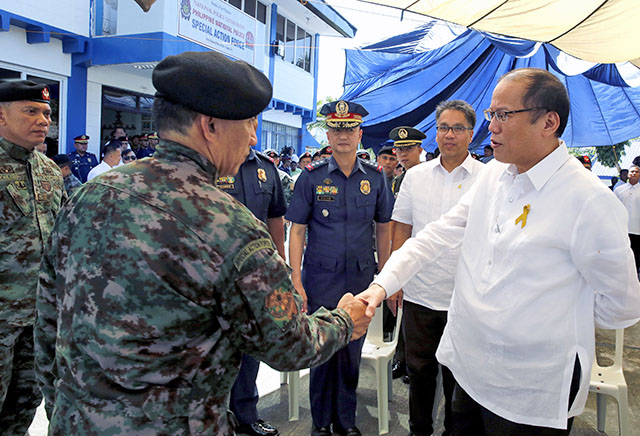 At least two police generals described the weekly meetings as a “thesis defense.”

Hours would be spent the day or two before the meetings poring over crime stats and data. “Kinakabahan ka rin kahit papaano (You still get nervous),” a general once told Rappler.

Every Wednesday over breakfast inside the PNP’s star lounge, crime figures were presented to Roxas and dissected.

Not everyone in the PNP was able to keep up with the pace of the new program. In October 2014, Roxas approved the sacking of 4 out of 5 NCRPO district chiefs for failing to hit their targets. It was unprecedented in the PNP’s young history.

Fourteen of 38 station commanders in NCR were also relieved as part of the PNP’s “anti-criminality campaign” for the region.

5. Of videos gone viral. Roxas’ stint as interior secretary has not always been smooth sailing.

He has been accused of bungling post-disaster operations after Super Typhoon Yolanda (Haiyan) devastated most of Eastern Visayas. It’s expected to be among the many issues Roxas will have to deal with during the campaign.

And when there’s controversy, there will be viral videos. More than a month after Yolanda made landfall, a video of a meeting between Roxas and Tacloban City Mayor Alfred Romualdez found its way online.

In the 17-second clip, Roxas is seen uttering the infamous “You are a Romualdez, the President is an Aquino” line, referring to the bad blood between the two political families. Roxas would later cry foul over the “spliced” video, which he said did not show the complete truth.

The 2016 administration bet was also the star of a series of “viral” videos (“virality” in social media wasn’t a thing then) in 2004 – but this time, they were to his advantage. Roxas was elected the top senator during that election, thanks in part to his highly successful “Mr. Palengke” ad campaign.

6. 3 dogs, a son, and then some. It’s seldom that Roxas talks about his personal life in public so it’s really only through social media posts of his wife, broadcaster Korina Sanchez, that the public gets to see Roxas beyond the barongs and yellow LP shirts.

He is father to Paolo, his son from a previous relationship. Paolo is in college at Yale.

Dear Lord, Thank you for our fathers. They are our anchor in rough seas. They are our beacon during dark moments. They are our pillars when we feel morally weakened. They sacrifice without complaint, they live for us to see how we could also live — in simplicity, for love and with honor. For the fathers we have lost and now miss, the fathers now sick and in pain, the fathers far from us, working, dying so that we, their children, may live — bless them. Amen.

A photo posted by Korina Sanchez-Roxas (@thisiskorinasanchezroxas) on Jun 21, 2015 at 6:53am PDT

Roxas is also “father” to 3 furry friends: Goya, a black labrador; and Chelsea and Kollete, both Schnauzers. The 3 figure prominently in Sanchez’ social media posts.

Happy Sunday!! I just love it when my husband Mar plays with the dogs. This is a common, almost daily, scene after work when Mar comes home. The three doggies run to him and take turns sitting on his lap. Nag uunahan and everyone is KSP haha! Daddy's home! Happiness. #happysunday #fathersday

A photo posted by Korina Sanchez-Roxas (@thisiskorinasanchezroxas) on Jun 20, 2015 at 7:44pm PDT

And then there are the “Anak ni Mar (Children of Mar),” a group of incumbent legislators – members and allies of the ruling Liberal Party – who accompany Roxas in his sorties around the country.

Some of them are also key personalities and voices in the Roxas campaign.

7. Don’t make him sing. The cat is out of the bag: Mar Roxas can’t carry a tune.

8. Of joys and tears. For someone who would rather keep personal matters to himself, Roxas often wears his heart on his sleeve, and is not afraid to shed a tear or two in public.

Several times, he held back tears in public tributes for the “SAF 44,” elite cops killed during a top-secret operation in Mamasapano, Maguindanao.

But one of his more memorable emotional outburts happened in 2008 during a rally against Arroyo when he let out a Filipino cuss word during a speech. 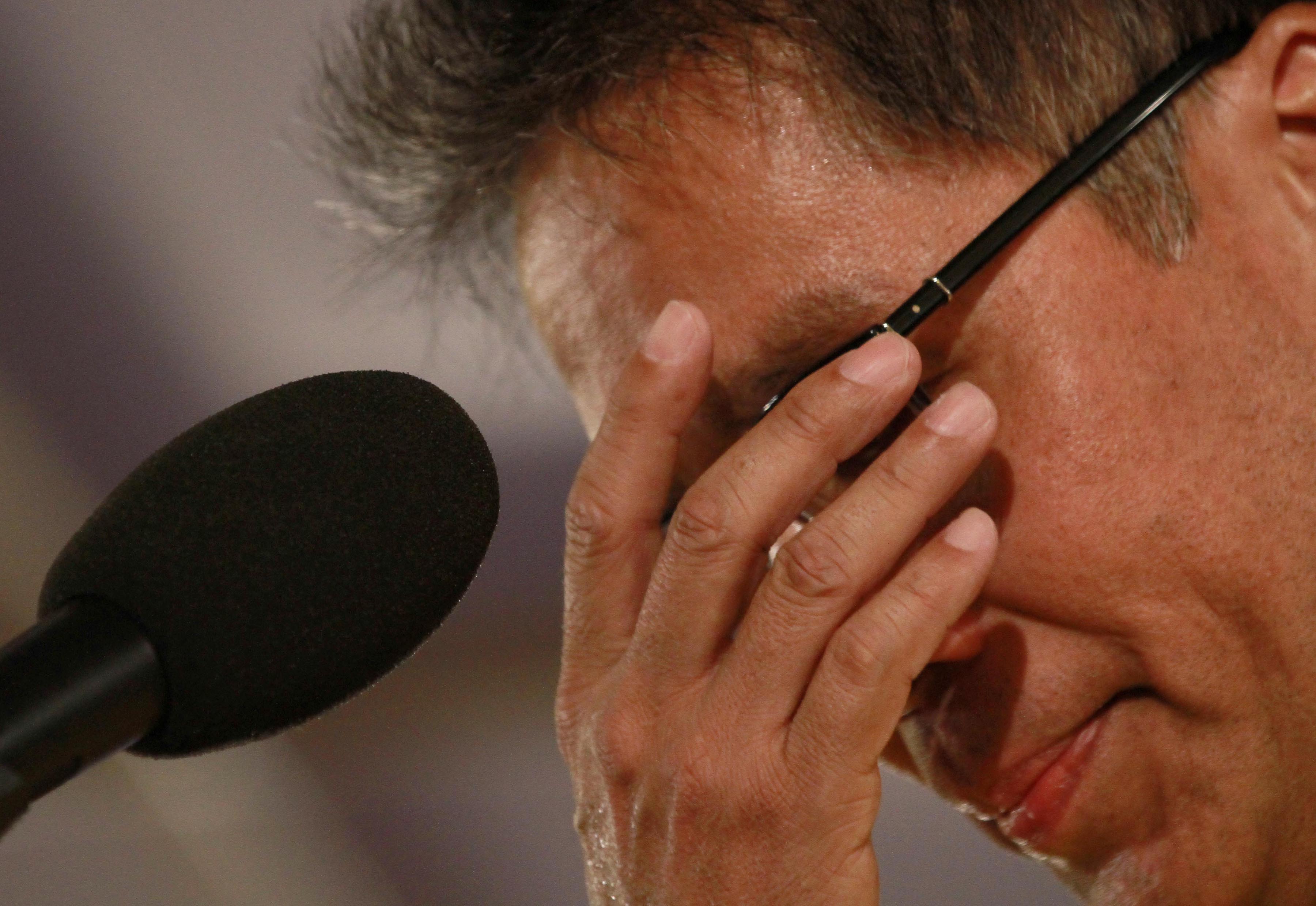 “Pasensya na po kayo, mababaw talaga ang luha ko (I ask for your indulgence. I tear up easily),” Roxas said during his own endorsement. – Rappler.com