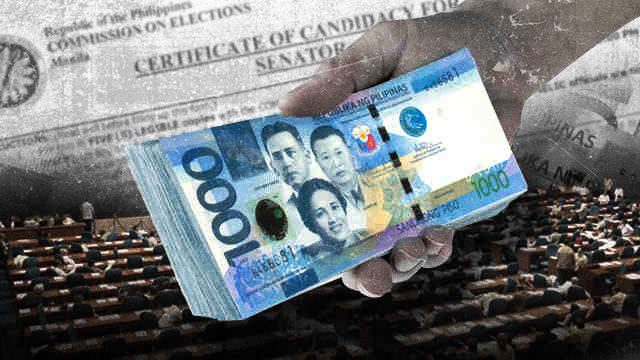 Facebook Twitter Copy URL
Copied
Undeterred, at least 10 of the 24 present and former lawmakers identified in the PDAF complaints before the Ombudsman want to run in the May 2016 elections

MANILA, Philippines – Just two months after the May 2013 elections, the biggest corruption case in recent Philippine history was exposed. Whistleblower Benhur Luy identifiied previous employer Janet Lim Napoles as the mastermind behind a multi-billion-peso pork barrel scam, which involved politicians and the siphoning of public funds for ghost projects.

Months after this revelation, names of lawmakers and other conduits were identified in complaints filed before the Office of the Ombudsman. At least 3 batches of Napoles-linked complaints, which included 24 past and present representatives and senators, were filed.

So far, only a few have been slapped with charges.

The PDAF scam controversy, however, didn’t put an end to the political careers of those implicated, as some of those facing complaints – even one already imprisoned – still managed to run.

At least 10 out of the 24 present and former lawmakers identified by the whistleblowers filed their candidacy for various positions in the May 2016 elections. Two are running for national posts, while the rest are gunning for local positions:

Despite being included in the complaint forwarded to the Ombudsman, Bagatsing’s name was cleared by Napoles’ camp. The detained businesswoman said she never dealt with him.

Surprisingly, the very same people who implicated them in various cases have likewise joined the political fray. Also running for senators are former justice secretary Leila de Lima (whose office forwarded the complaints to the Ombudsman) and lawyer Levito Baligod (who acted as counsel of pork scam whistleblowers Benhur Luy and Merlina Suñas).

The filing of the certificates of candidacy (COCs) was from October 12 to 17. (READ: LIST: Aspirants for 2016 elections)

For two of the 10 implicated in the PDAF scandal, even imprisonment has not deterred them from aspiring for another elective position in 2016.

One of them, Seachon-Lanete, is currently detained for her plunder indictment over the pork barrel mess. She is one of the 5 government officials to have, so far, been charged with plunder – a non-bailable offense – before the Sandiganbayan in relation to the PDAF scam. (READ: Looking at plunder in the PDAF cases)

The other, Cagas, has been in jail since 2014 – not for any corruption charge, but for the alleged 2010 murder of a local journalist.

The two were able to file their candidacies on October 14 through their respective representatives – Lanete’s executive assistant, and Cagas’ wife. The Comelec allows proxy filing “through a duly authorized representative with a sworn and signed Authority to File the COC.”

In an Inquirer report, the election officer in Davao del Sur was quoted as saying that Cagas is still eligible to run because he has not yet been convicted and has not yet been found guilty.

The same applies to Lanete who has yet to be convicted by the Sandiganbayan for plunder.

As for the rest, the PDAF controversy was never an issue for their candidacies. They said that what was filed against them were mere complaints and not formal charges.

In an ANC interview, Honasan said that the pork barrel allegations against him have yet to be proven in court. “It is just an information that the DOJ (Department of Justice) filed with the Office of the Ombudsman for investigation. There is no criminal complaint yet,” he said.

Villanueva also expressed the same sentiment, telling the media when he filed his candidacy on October 16, that there has been no case filed against him before the Ombudsman.

“I am willing to answer the allegation – if ever they’ll give me a chance – since it still remains to be just a complaint,” he said. He added that the documents used against him were fake.

Villanueva was reported as being hesitant to join the ticket of the administration Liberal Party because of the possible inclusion of his possible nemesis De Lima. – Rappler.com