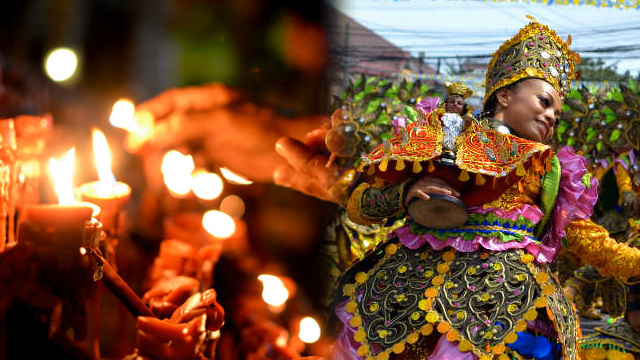 MANILA, Philippines  – Cebuanos are set to celebrate the 36th year of Sinulog, one of the grandest festivals in the Philippines.

Various activities are scheduled throughout the week leading to the main events on January 16 and 17 in Cebu. (READ: Sinulog 2016 schedule of activities)

Usually attracting more than a million attendees annually, Sinulog has long cemented its spot as one of the biggest festivals in the Philippines.

Beyond the street parties, Sinulog aims to connect the country’s rich pagan history with its Christian traditions.

Here are some information on Cebu’s Sinulog:

1. The first Santo Niño was a baptismal gift by Ferdinand Magellan.

Portuguese navigator Ferdinand Magellan arrived in Cebu (then called Zebu) on April 1521. One of his goals was to introduce Christianity to the inhabitants of the island.

Cebu’s Rajah Humabon, along with his wife Hara Amihan and subjects, were baptized and converted to the Christian faith by Father Pedro Valderama, the expedition’s priest. 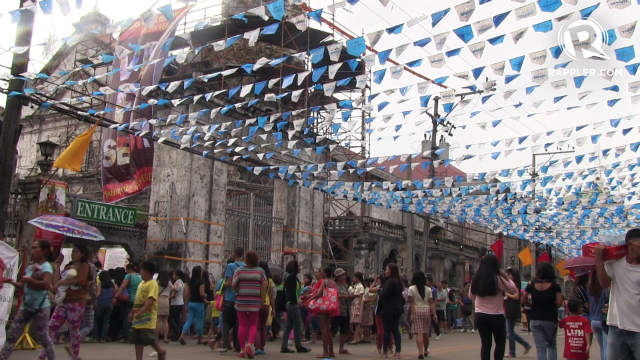 Magellan then gave an image of the Child Jesus to Amihan – christened as Juana to honor the Charles I’s mother –  as a baptismal gift, according to the journal of Antonio Pigafetta.

The same image can now be found at the Basilica Menore de Santo Niño in Cebu.

2. The Sinulog dance is said to originate from the adviser of Rajah Humabon.

The word “Sinulog” was derived from the Cebuano adverb “sulog” which roughly translates to “like water current movement.”

The dance steps used in the ritual are believed to be from Rajah Humabon’s adviser, Baladhay, who was allegedly cured from sickness by Santo Niño.

According to historical accounts, Baladhay, then ill, was found to be shouting and dancing shortly after he was placed in an area where the Santo Niño and other pagan gods were displayed. He said the image of the Santo Niño was trying to awaken him.

Devotees still use the two-steps forward, one-step backward movement in the belief that it is upon the Santo Niño’s instructions.

However, there are other accounts which state that the natives have been doing the Sinulog dance before the arrival of the Spaniards.

The first Sinulog parade was organized by David Odilao Jr, Regional Director of the Ministry of Sports and Youth Development (MYSD), in 1980.

Physical education teachers and their students from at least 7 schools and universities spearheaded the street dance parade from the Plaza Independencia. It was after the parade that the idea of a huge festival was brought up.

The first Sinulog festival was held in 1981 with the involvement of different Cebuano sectors.

The founding organizers, according to its official website, decided to depict the connection of the “country’s pagan past and Christian present” in the parade to distinguish Sinulog from other festivals. 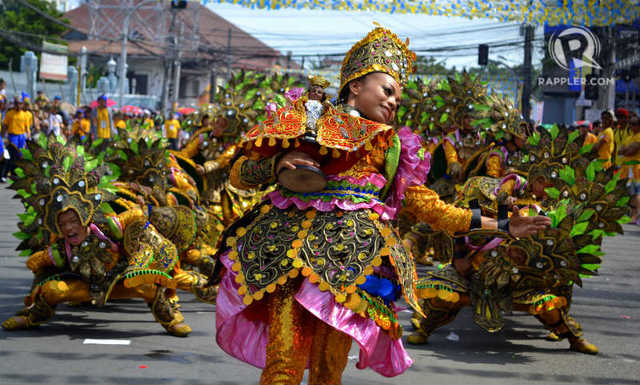 4. Sinulog is one of the most attended festivals in the Philippines.

From being a small gathering of Cebuano residents to celebrate its rich history, Sinulog has become a famous festival which draws people from different places not just in the Philippines but also around the world.

The number of people flocking to the Queen City of the South for Sinulog have reached over a million in recent years.

In 2015, an estimated 1.8 million people sjoined the procession for the festival despite coinciding with Pope Francis’ visit in Manila.

This year, organizers are expecting the number to increase as the International Eucharistic Congress will be held in Cebu days after Sinulog.

5. Rowdy street parties have become a problem in recent years.

Along with the solemn mass held to honor the image of the Child Jesus, Sinulog is also known for the various street parties held in the country’s second-biggest metropolitan area.

However, some residents and devotees of the Santo Niño are worried that the parties may affect the tradition of Sinulog. In 2015, incidents concerning the public celebrations were reported and circulated in social media.

To address the problems, organizers have banned street parties along the major routes of the parade to “maintain the sanctity of the occasion” in this year’s Sinulog.

Smoking and littering are also going to be prohibited in public during the week-long celebration.

Organizers also advised spectators to not indulge in excessive alcohol drinking “to avoid public disturbances.” Those deemed to have violated this will be dealt with by the police.

Despite the perennial headache of crowd control with the huge number of attendees, organizers said that it is just the “dark side of the moon” of the country’s “biggest and grandest cultural festival.”  – Rappler.com