Feb 2, 2016 9:48 AM PHT
Jodesz Gavilan
Facebook Twitter Copy URL
Copied
February 2 of each year is Constitution Day to commemorate the highest law of the land 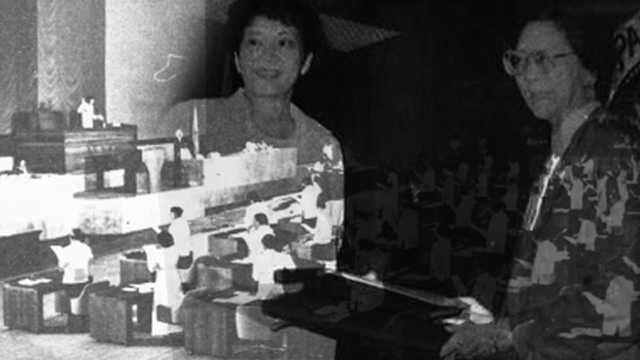 MANILA, Philippines – Did you know that for every change in the constitution in the Philippines, the President released a proclamation to commemorate the date when the new charter took effect? This day is called Constitution Day.

Of all the constitutional changes the country went through, it’s only the 1943 Constitution which did not have a corresponding proclamation.

President Corazon C. Aquino, through Proclamation No. 211 of 1988, assigned February 2 of each year as Constitution Day to mark the new 1987 Constitution.

How well do you know the supreme law of the land? We’re listing down some vital information concerning one of the country’s most important legal documents.

The Philippines has had 6 constitutions

The 5 constitutions started with the country’s independence in 1898:

The 1973 Constitution, according to former Aquino spokesman Teodoro Locsin Jr, was never ratified as the process conducted by then president Ferdinand Marcos Jr met strong opposition.

The Aquino government had 3 options with regard to the law of the land: 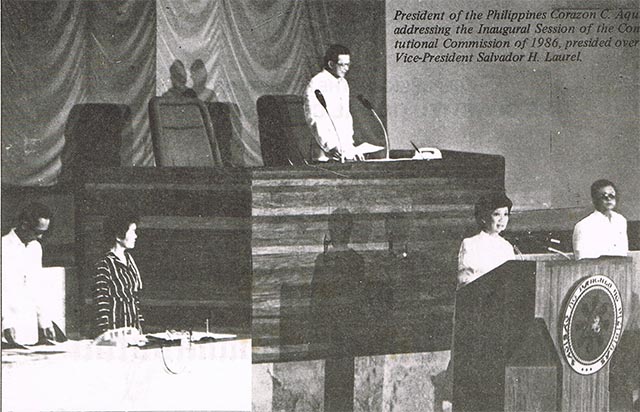 President Corazon Aquino in April 1986 created – through Proclamation No. 9 – the 1986 Constitutional Commission (ConCom), which was responsible for drafting a replacement for the 1973 Constitution.

The new constitution, she said, should be “truly reflective of the aspirations and ideals of the Filipino people.”

The first session of the commission was held on June 2, 1986 when Cecilia Muñoz-Palma, the first woman appointed to the Supreme Court in 1973, was elected president of ConCom.

Several issues were the subject of heated discussions within ConCom

The proceedings in relation to the drafting of the 1987 Philippine Constitution – just like other important legal documents in the country – were in no doubt not without conflict.

According to accounts, members of the ConCom engaged in heated debates during the various sessions on many issues, including the death penalty, economic policies, land reform, form of government, and even the retention of American military bases in Clark and Subic, among others.

The ConCom was able to finish its work after more or less 111 days, according to Palma. On October 12, 1986, the draft constitution was passed – with 44 delegates voting for it and two against – and was presented to Aquino 3 days after. 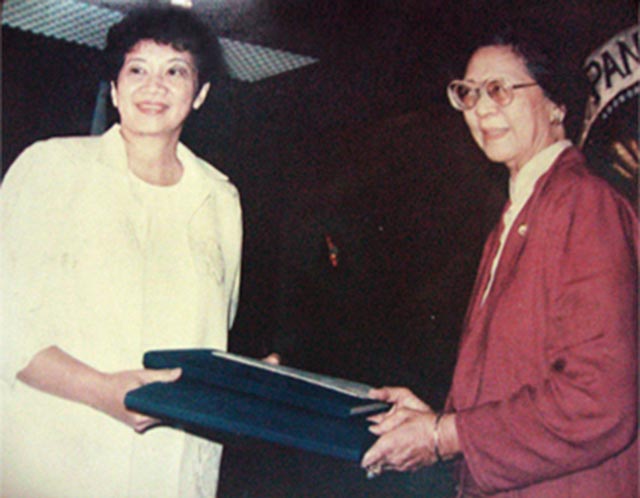 On February 2, 1987, a National Plebiscite was held after a nationwide information campaign on the draft constitution.

The question voters had to answer was: “Do you vote for the ratification of the proposed Constitution of the Republic of the Philippines with the ordinance appended thereto?”

The results of the 1987 plebiscite canvassed by the Commission on Elections based on returns from 83,288 precincts – or a total of 21,785,216 votes – across the Philippines are as follows:

On February 11, 1987, through Proclamation No. 58, Aquino announced the results of the plebiscite and proclaimed the 1987 Philippine Constitution ratified. It took effect the same day.

Lino Brocka, a filmmaker known for his films which explored social realities, was part of the ConCom.

However, the heated discussions and disapprovals of certain provisions led him and other ConCom members to walk out of the sessions.

Brocka eventually sent a letter on August 28, 1986 to the commission stating that he had informed President Cory Aquino of his irrevocable resignation. “The 48 was reduced by one,” Palma said during her closing remarks at the closing session of the ConCom.

The late filmmaker, posthumously recognized as National Artist for Film in 1997, is credited for inserting the freedom of expression clause in Article III, Section 4 as the word “freedom” is “more expansive, it has a wider scope, and it would refer to means of expression other than speech.” – Rappler.com