Fast Facts: What you ought to know about Cebu and elections 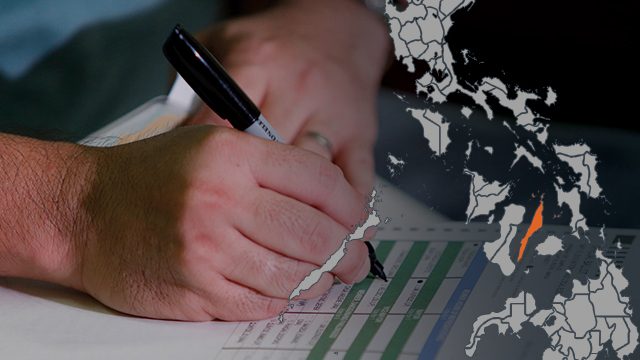 Facebook Twitter Copy URL
Copied
Know the electoral profile of the province with the biggest voters' population, the venue of the 2nd presidential debate on March 20

MANILA, Philippines (UPDATED) – With its large electorate and rich political history, the province of Cebu is a crucial battleground during elections.

On Sunday, March 20, Cebu is in the spotlight once again as its capital Cebu City hosts the second leg of the presidential debates in the run-up to the 2016 elections.

Cebu is the most populous province in the country, with at least 4.1 million Filipinos (including those in the cities of Cebu, Lapu-Lapu, and Mandaue) as of the 2010 census.

Cebu province’s largest congressional districts in terms of voter population are the 1st, 3rd, and 5th districts. They surround the two legislative districts of Cebu City and the lone district of Lapu-Lapu City.

President Benigno Aquino III in September 2015 approved the creation of the 7th district of Cebu, consisting of 8 towns carved out of the province’s 2nd district. In the last 4 regular elections, Cebu had an average voter turnout of 79.24%. This is higher than the nationwide average turnout of 75.6% in the same period.

In past presidential elections, Benigno Aquino III got the most number of votes in Cebu in 2010, while Gloria Macapagal-Arroyo won in 2004. Former Cebu Governor Emilio Mario Osmeña won the presidential race in the province in 1998, but lost to Joseph Estrada in the nationwide count.

Among the candidates for the country’s top posts in 2016, at least two have scored victories in Cebu in the last two elections.

Despite losing in the 2010 vice-presidential race, Manuel Roxas II won in Cebu by a wide margin. He garnered 1,054,708 votes or 61.33% of the provincial vote, against the 414,417 votes (24.10%) earned by his closest rival and eventual nationwide winner, Vice President Jejomar Binay.

Roxas and Binay rekindle their rivalry in 2016, as both are in the 5-person contest for the presidency.

Meanwhile, in 2013, Alan Peter Cayetano led the senatorial elections in Cebu (plus Cebu City and Lapu-Lapu City), with 949,195 votes. Grace Poe, the 2013 senatorial race’s overall topnotcher, placed only 3rd in the province. In 2016, Cayetano is running for vice president, while Poe is making a bid to become the country’s next president.

Among the most prominent political families from Cebu are the Osmeñas, with a lineage starting from former Philippine President Sergio Osmeña Sr. Many members of the Osmeña clan have since been elected to local and national posts, including incumbent Senator Sergio Osmeña III, current Toledo City Mayor (and former senator) John Henry Osmeña, and Cebu City mayoral candidate Tomas Osmeña (a former mayor).