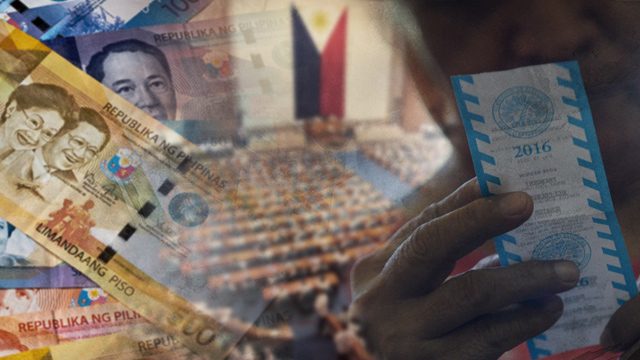 Facebook Twitter Copy URL
Copied
Among those mentioned in the COA report, only 86 decide to run. And just a little more than half of them are successful in their bids.

MANILA, Philippines – Did the exposés in 2013 on the pork barrel fund scam have any effect on this year’s elections?

Out of the more than 100 legislators mentioned in the special audit report that looked into the release of the Priority Development Assistance Fund (PDAF) to questionable NGOs from 2007 to 2009, only 86 filed their candidacies for various positions in the 2016 elections.

After the elections, we discovered that only a little more than half of them – or 48 – successfully clinched another term in public office.

Out of these winners, 40% are back in Congress, while the remaining 60% were elected to various local government positions.

Included in this 48, however, are those who were the subject of complaints filed before the Office of the Ombudsman.

Out of the legislators identified by the Commission on Audit (COA) in its audit report, 29 ran for district representative and 5 ran for senator in the 2016 polls.

However, only 15 House candidates and 4 Senate hopefuls were successful in their election bids.

These lawmakers will be part of the 17th Congress which will no longer receive pork barrel funding. The Supreme Court decided on November 2013 to junk the PDAF due to its unconstitutionality.

Representatives Rolando Uy (Cagayan de Oro City), Benhur Salimbangon (Cebu), Ronaldo Zamora (San Juan City), and Ann Hofer (Zamboanga Sibugay) were part of the 16th Congress, which received initial pork barrel funding in 2013. The SC ordered that the remaining 2013 PDAF allocations yet to be released to lawmakers be returned to the national treasury.

The SC decision follows the exposés in July 2013 of the alleged misuse of the multi-billion pork barrel fund, with businesswoman Janet Lim Napoles as the alleged mastermind.

Meanwhile, 49 former lawmakers identified in the COA audit report tried their luck in local races this year. But only 29 of them succeeded.

Majority of these local poll winners left Congress before the PDAF was abolished. Only 9 of them were still House members when the SC decided on the pork barrel:

At least 2 gubernatorial winners who were cited in the COA audit report defeated contenders who were also identified in the report.

In Davao Oriental, the Liberal Party’s Dayanghirang won against Thelma Almario of the Nationalist People’s Coalition. COA said the two released P5.4 million each of their pork barrel to questionable NGOs.

Lanete, whom the COA report said released P107.3 million, was charged with plunder and 11 counts of graft, and was detained in February 2015. She was, however, allowed to join the local race, and was even granted bail a month before the elections.

There are 5 poll winners, however, whose fate in the whole PDAF scam remains uncertain. 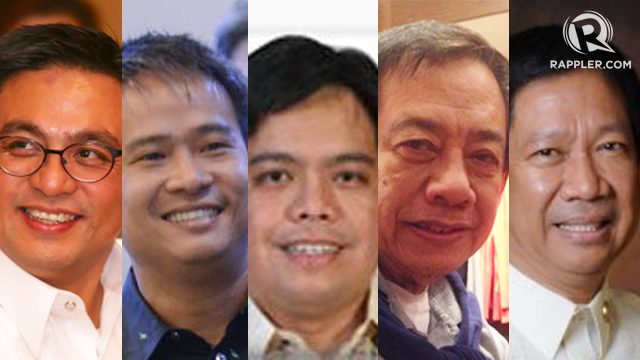 In August 2015, the Office of the Ombudsman ordered a preliminary investigation and administrative proceedings against various officials, including Technical Education Skills and Development Authority (TESDA) head Villanueva.

Then in March 2016, Ombudsman Conchita Carpio Morales affirmed the findings of probable cause to indict 5 officials. Four of them – Biazon, Cagas, Pingoy, and Olaño – ran and won in this year’s elections.

Luckily for the 5, the Ombudsman’s orders were never an issue for their candidacies since no formal charges were filed against them.

Will the country see more legal action on the PDAF scam issue under the next administration? – Rappler.com