FAST FACTS: The CPP-NPA-NDF and the Oslo talks

Aug 22, 2016 8:32 AM PHT
Katerina Francisco
Facebook Twitter Copy URL
Copied
After 40 rounds of talks under 5 Philippine governments, the peace process with communist guerrillas begins on a high note in Oslo 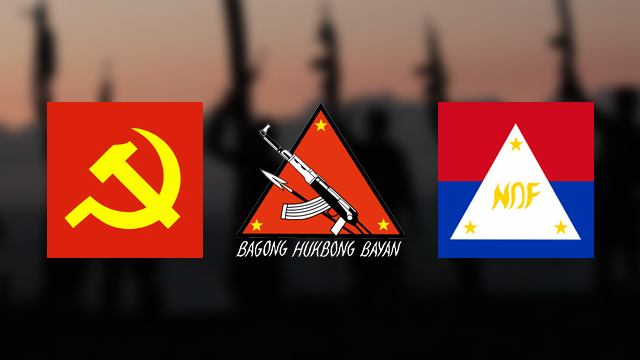 MANILA, Philippines – Is a political settlement already on the horizon for one of the world’s longest running insurgencies?

After failed attempts at peace under 5 Philippine presidents, the government of President Rodrigo Duterte is set to return to the negotiating table with the National Democratic Front (NDF), the political arm of the Communist Party of the Philippines (CPP).

From August 22 to 28, negotiators from both sides will hold peace talks in Oslo, Norway in an attempt to hammer out an acceptable solution to end the armed struggle that has claimed thousands of lives since 1969. (READ: Joma Sison, Tiamzons reunited after 30 years)

Here’s a brief explainer on the communist movement in the Philippines and the many attempts – spanning years – to craft a peace agreement with communist rebels.

What is the CPP-NPA-NDF?

Founded in 1968 by former student activist Jose Maria Sison, the CPP seeks to establish a new democratic state in the Philippines that will be led by the working class and be free from the influence of the United States. The group modeled its armed struggle and protracted people’s war after China’s Maoist movement.

The CPP has two related units: its armed wing, the New People’s Army (NPA), which was established in 1969; and its political arm, the National Democratic Front of the Philippines (NDF). The NDF is the umbrella organization of communist-run organizations, and it represents the CPP-NPA in negotiations with the Philippine government.

The armed struggle of the CPP-NPA is Asia’s longest-running communist insurgency. Since its establishment, the group has engaged in guerrilla warfare against government forces, believing armed revolution to be the solution to replace what it considers the current oppressive system. It funds its activities primarily through “revolutionary taxes,” forcing businesses to pay the group to avoid being attacked.

From 60 members in 1969, the group attracted followers all over the country, reaching its peak of about 25,000 members in 1987, according to military estimates. The group’s numbers have since declined following years of military operations and internal purges within the CPP-NPA, with less than 4,000 rebels estimated as of present. But the CPP continues to gather support in poor rural areas around the country.

What attempts have been made for peace talks?

For the past 3 decades and 5 Philippine presidents, there have been attempts to hold peace negotiations with the CPP and hammer out a political settlement to end the armed conflict.

According to the Office of the Presidential Adviser on the Peace Process, over 40 rounds of talks have been held, but snagged on contentious issues on sovereignty, the release of political prisoners, and the CPP’s inclusion in terrorist lists. Over 1,300 political detainees were released by the government, and 20 agreements have been signed – yet no final peace settlement has been agreed upon.

In 1986, the administration of former president Corazon Aquino began peace talks with the CPP, but this was unsuccessful. Another attempt was made in 1995 under the administration of former president Fidel V. Ramos, which culminated in the signing of two agreements: the Joint Agreement on Safety and Immunity Guarantees (JASIG), which guarantees free and safe movement for those involved in peace negotiations; and the Comprehensive Agreement to Respect Human Rights and International Humanitarian Law (CARHRIHL).

Negotiations once again stalled after this, with alternating periods of conflict and negotiations during the term of Ramos’ successor, former president Joseph Estrada. Under former president Gloria Macapagal-Arroyo, the government returned to the negotiating table with the CPP-NPA, but this also broke down after the US listed the group as a terrorist organization.

Under former president Benigno Aquino III, several meetings and informal talks were held in Manila, Norway, and the Netherlands. Aquino’s term, however, ended at an impasse due to the NDF’s demand for the release of political prisoners. (TIMELINE: Arrest of CPP-NPA leaders under Aquino)

What is the Oslo meeting about?

The meeting in Oslo from August 22 to 28 will be the first formal peace talks under the Duterte administration. This comes on the heels of informal talks earlier held in Norway, where the rebels agreed to resume negotiations with the government.

The agenda of the first meeting in Oslo will cover 5 major points:

The CPP also wants to discuss a general amnesty proclamation to cover the 550 detained members of the CPP-NPA.

But even before the formal start of the Oslo talks, tension flared between the two camps: in his first State of the Nation Address, Duterte declared a unilateral ceasefire, but quicky revoked it after the NPA attacked government militias in Davao del Norte. The NPA, however, said the military was to blame for violating the government-declared truce.

Sison and Duterte engaged in a brief word war, with the communist leader saying Duterte lacked prudence with his hasty decision to end the truce, and Duterte hitting back by criticizing the CPP for overestimating its power. 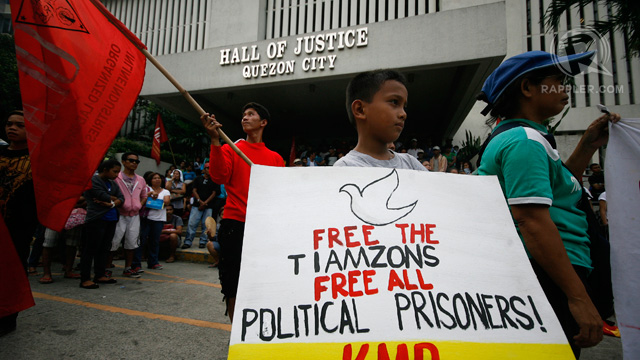 Who will be there?

On the side of the government is Labor Secretary Silvestre “Bebot” Bello III, who had previously served as government panel chair in the negotiations during the Arroyo administration. (READ: Dureza, Bello, and the previous peace talks)

Representing the Left is NDF chief negotiator Luis Jalandoni. Joining the Oslo peace talks are 20 detainees, who were temporarily released to take part in the talks as consultants.

The Tiamzons were arrested in Cebu on March 22, 2014, for multiple crimes against humanity, while Mapano faces multiple counts of criminal charges including murder, robbery and frustrated murder.

Meanwhile, the Supreme Court confirmed as valid the bail of former Bayan Muna Representative Satur Ocampo, Vicente Ladlad, and Randall Echanis. The 3 were NDF consultants in the failed peace talks during the Aquino administration.

The High Court’s order said their participation in the peace talks talks is valid up to 6 months or until the talks are terminated. – Rappler.com