Feb 24, 2017 12:44 PM PHT
Rappler.com
Facebook Twitter Copy URL
Copied
Rappler looks back at the series of events – from the accusations to the House probes – that led to the arrest of the neophyte senator 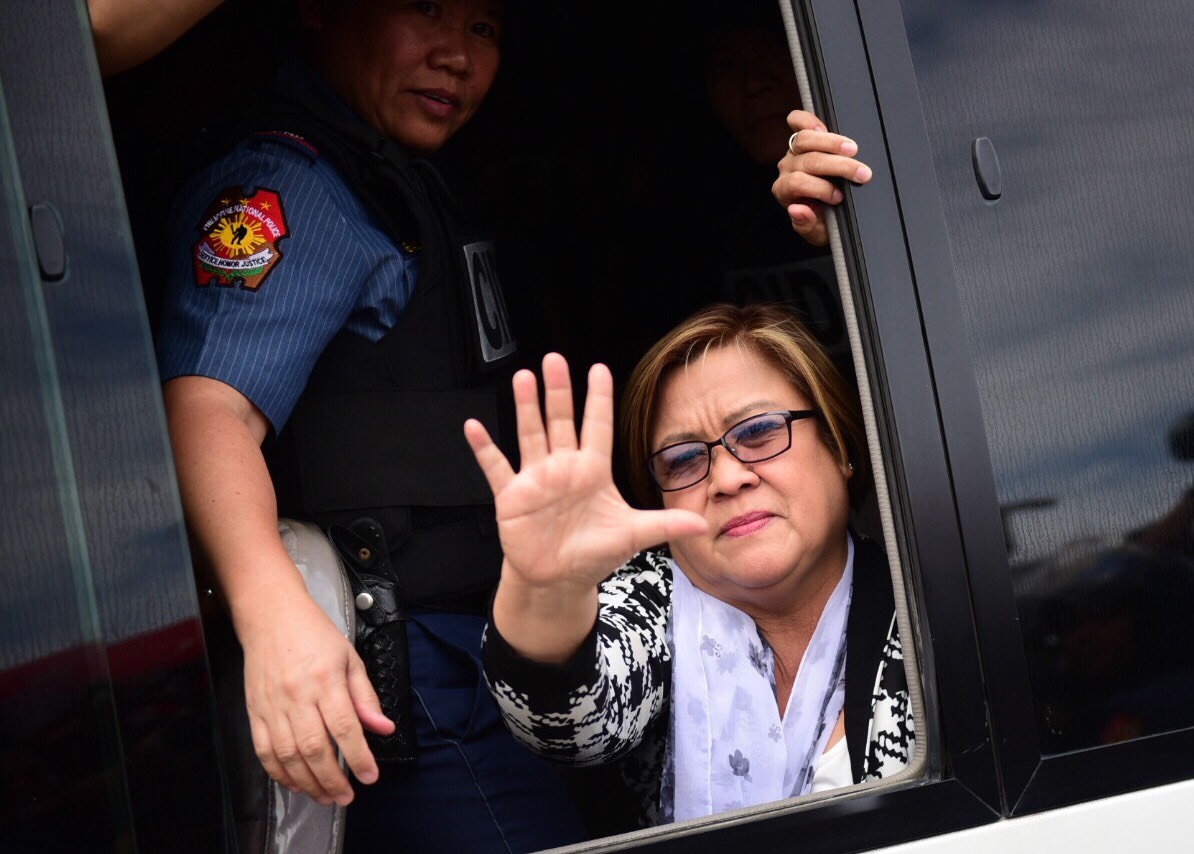 MANILA, Philippines – From her affair with her driver and her alleged links to the illegal drug trade, Senator Leila de Lima has faced a slew of controversies in recent months.

While the vocal critic of President Rodrigo Duterte slams the accusations against her as political persecution, government officials claim there is damning evidence that she facilitated – and benefited from – the proliferation of illegal drugs in the New Bilibid Prison (NBP) back when she was justice secretary.

Convicted inmates testified against her during House inquiries, claiming De Lima received millions in payoffs that helped fund her successful 2016 senatorial bid. Aside from her alleged drug links, De Lima’s character has been questioned because of her affair with her former driver, Ronnie Dayan, her alleged bagman for drug payoffs. (READ: The public trial of Leila de Lima)

Rappler reviews the series of events – from the accusations to the House probes – that led to the arrest of the neophyte senator.

De Lima, then justice secretary, ordered the inspection. She was present during the raid. (IN PHOTOS: Drug lords, murderers, and high living in Bilibid)

May 25, 2016 – President Rodrigo Duterte warned De Lima she’s not off the hook for her supposed slowness in looking into reported shabu laboratories inside Bilibid.

Duterte claimed he told De Lima about the existence of shabu inside the NBP. “It took her 7 months to enter the premises,” he said.

July 21, 2016 – Congressmen, led by Speaker Pantaleon Alvarez, filed House Resolution No. 105 seeking a probe into the proliferation of drug syndicates at the NBP when De Lima was justice chief.

August 23, 2016 – De Lima reacted to news of the impending House probe, saying she was the one who exposed drug use inside Bilibid.

August 25, 2016 – Duterte revealed a “drug matrix” linking De Lima to the drug trade. “She facilitated everything for money, she was not into [buying drugs],” said Duterte the day before showing the matrix to the public.

De Lima denied the accusation, calling the President’s drug matrix “scrap paper” that should be thrown away. 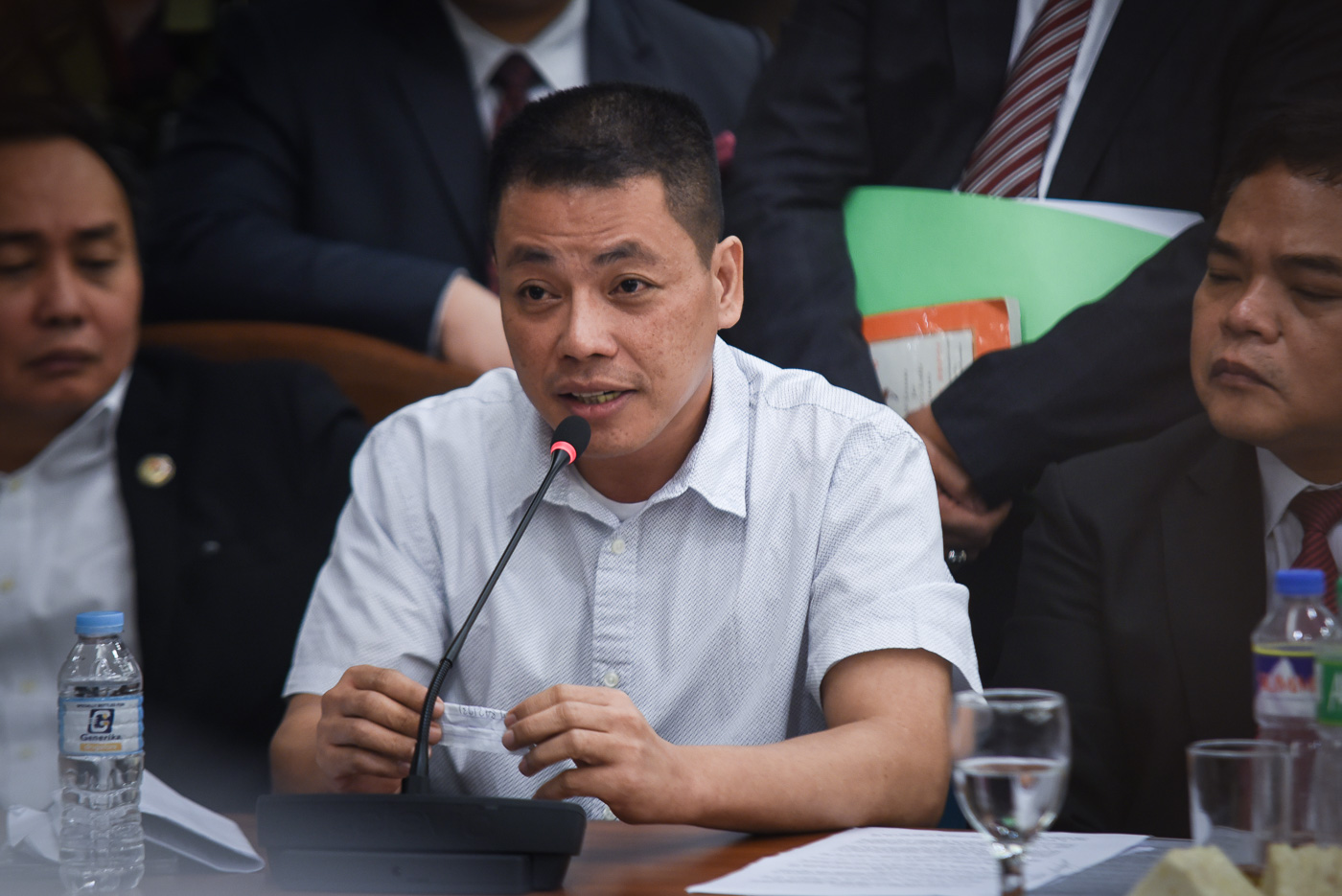 September 20, 2016 – The House committee on justice began a series of probes into the alleged proliferation of drugs inside the NBP during the previous administration. De Lima refused to attend the probe, calling it a “sham inquiry” designed to discredit her because of her vocal opposition to the Duterte administration’s war on drugs.

High-profile inmates are among the witnesses to be presented by the Department of Justice (DOJ) to testify against De Lima. (READ: Witnesses pin De Lima on day 1 of House probe into Bilibid)

September 21, 2016 – On the second day of the hearings, leaders of different gangs inside the NBP said De Lima raised funds for her 2016 senatorial bid through illegal drugs, with the money supposedly collected through convicted carnapper Jaybee Sebastian.

October 6, 2016 – In a 12-hour hearing, witnesses testified about De Lima’s supposed negligence as justice secretary, more accusations of receiving drug payoffs, and her relationship with Dayan.

De Lima’s former security aide Joenel Sanchez, a member of the Presidential Security Group, attested to the senator’s relationship with Dayan. But he did not mention De Lima’s alleged drug links.

October 10, 2016 – Convicted kidnapper and carnapper Jaybee Sebastian claimed illegal activities inside the prison brought in as much as P100 million a day. Prison officials are allegedly paid P100,000 a week to turn off signal jammers, allowing inmates to trade drugs even while in prison.

November 24, 2016 – Dayan turned up at the House hearing following his arrest in San Juan, La Union. He admitted his relationship with the senator and admitted to receiving money on her behalf from alleged Eastern Visayas drug lord Kerwin Espinosa. He also said the senator advised him to hide and skip the House hearings.

De Lima had publicly accused the Duterte administration of pressuring inmates to testify at the hearings. 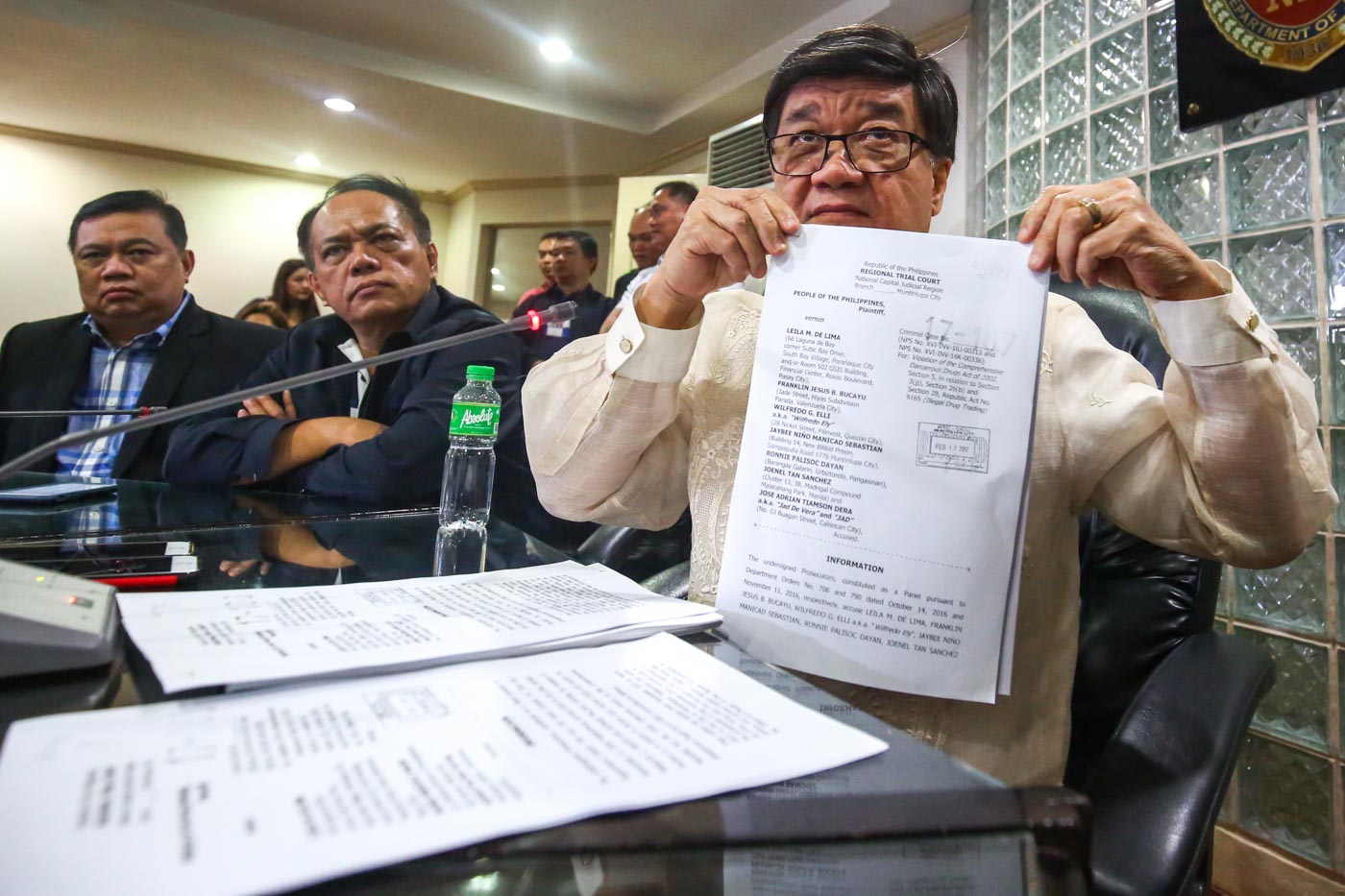 February 17, 2017 – The DOJ filed 3 criminal complaints against De Lima before the Muntinlupa City Regional Trial Court (RTC) for her alleged involvement in the drug trade. The complaints were raffled off to Muntinlupa RTC branches 204, 205 and 206. (READ: EXPLAINER: What is Leila de Lima being accused of?)

De Lima said the drug cases are “plain and simple political persecution,” adding that she had prepared herself to be the “first political prisoner under this regime.”

The next day, Justice Secretary Vitaliano Aguirre II denied that the cases are “politically motivated”, and added that it was “wrong for Senator De Lima to refer to herself as a political prisoner.”

De Lima, who was at the Senate at the time, pleaded for her arrest at 10 am the next morning, as agreed upon with authorities. She headed home to see her family and prepare her things, but she returned to the Senate after finding out that authorities planned to arrest her at her home. (READ: De Lima’s full statement on her arrest)

Meanwhile, Dayan was arrested at his home in Pangasinan.

February 24, 2017 – After spending the night at the Senate, De Lima surrendered to police at around 8 am. She was brought to the Muntinlupa RTC first before going to Camp Crame for detention, where she would join former senators Bong Revilla and Jinggoy Estrada.

De Lima was the justice secretary who investigated Revilla, Estrada, and former senator Juan Ponce Enrile over their alleged involvement in the pork barrel scam, the biggest corruption scandal to hit the country in recent memory. – research by Michael Bueza and Katerina Francisco/Rappler.com