TIMELINE: How the Marcoses made their political comeback 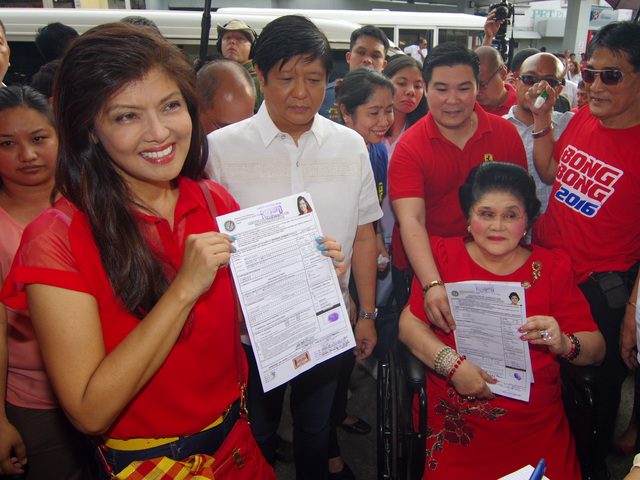 MANILA, Philippines – It was February 25, 1986. The dictatorship of Ferdinand Marcos was about to reach its end: the military had turned against him, he was facing scores of human rights and corruption accusations, and thousands gathered on the streets in what would be known worldwide as the People Power Revolution.

The Marcoses fled to Hawaii, but not many knew at the time that this was not the end of the family’s political aspirations. Even after the late dictator lived out his last days and died while on exile, the family has found its way back to the center stage of Philippine politics.

Rappler looks back at the events that marked the Marcoses’ political comeback. 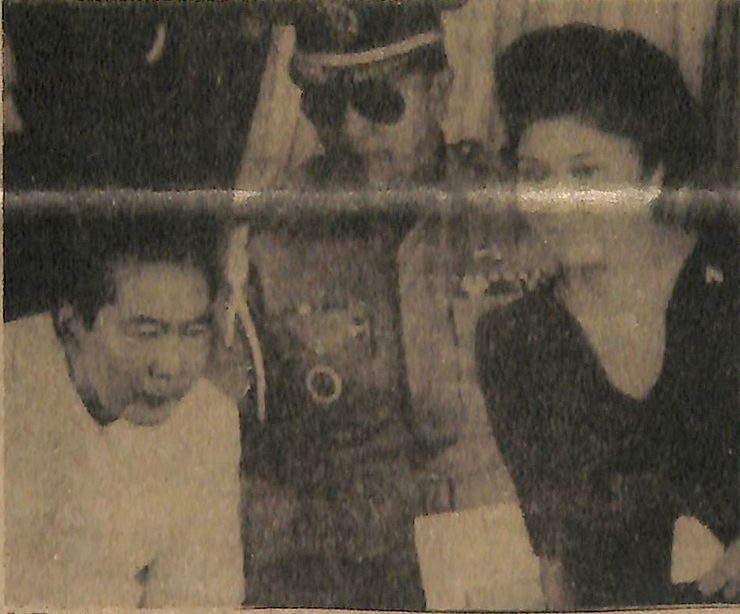 1991: Imelda Marcos returns to the Philippines

Five years after her exile, Imelda Marcos was allowed by then-president Corazon Aquino to return to the Philippines to face more than 60 criminal and civil charges against her, including charges of graft and tax evasion.

She was greeted with tight security and by supporters as she went to a church to pray, with many of her followers holding up signs that read, “Imelda, we love you!”

Upon her arrival, Imelda said she was prepared to be a “symbol” again, a “standard for the Filipino people, something like Miss Philippines.”

Just a year after her return to the Philippines, she announced that she was running for president to counter what she considered a “sick and misdirected” Aquino government.

“Happy days are here again. If we are united, I am sure this nation will be great again,” she said, even as she faced corruption charges, with her family accused of looting nearly $5 billion from government coffers.

But her bet to reach the highest seat of the land failed. Up against 6 other candidates, the former first lady finished the election at 5th place, with Fidel Ramos – a key figure in the Marcos ouster – winning the presidency.

It wasn’t a total failure though. Her unico hijo, Ferdinand “Bongbong” Marcos Jr, won as congressman in the Second District of Ilocos Norte, the dictator’s home province and political fortress. It was the first position a Marcos won after the People Power Revolution – a first step back in Philippine politics.

1993: The dictator’s body back to the Philippines

More than 7 years since the Marcoses went into exile, the body of the late strongman finally arrived in the Philippines.

Then President Fidel Ramos lifted this ban, but denied a state burial for the dictator.

This, however, did not stop supporters from celebrating Marcos as a hero.

When the chartered plane from Guam landed at the Laoag International Airport, thousands of Marcos loyalists cheered and sang, “I am a Filipino.”

Marcos’ body was enclosed in a glass vault and displayed at the Marcos Museum and Mausoleum in Batac, Ilocos Norte.

Imelda Marcos won a congressional seat in her hometown, Leyte, where her relatives have wielded political influence for a long time.

Meanwhile, Bongbong Marcos ran for the Senate under the Kilusang Bagong Lipunan (KBL) party founded by his father and as part of the Nationalist People’s Coalition (NPC) ticket. He placed 16th, just 4 places short of the winning circle.

1998: Imelda tries again for the presidency

Imelda Marcos announced her second bid for the presidency, saying she wanted to share her “husband’s wealth” to the Filipinos. Her announcement came a week after the Supreme Court upheld her conviction on corruption charges in 1993.

But 13 days before the elections, she withdrew from the presidential race where she was lagging behind her rivals. She said the move was to “save the Filipino people from the ultimate injustice of a possible bloody election.”

Meanwhile, her children won positions in local government: Bongbong became governor of Ilocos, serving for 3 terms, while Imee Marcos became the Representative of the Second District of Ilocos Norte, serving 3 terms from 1998 to 2007.

Bongbong Marcos reclaimed his former post at the House of Representatives, serving as theRepresentative of the Second District of Ilocos Norte from 2007 to 2010. He was also selected House Deputy Minority Leader.

In 2010, Bongbong ran for a national position, setting his sights on the Senate. He allied with the Nacionalista Party of presidential candidate Manuel Villar, and placed 7th in the senatorial elections with over 13 million votes – the highest post won by a Marcos since the popular uprising.

Bongbong led his campaign by highlighting his strong political track in Ilocos, while dispelling the corruption allegations and controversies associated with his family. (READ: Highlights: Bongbong Marcos as legislator)

2013: Imelda and Imee are reelected

Mother and daughter won 3 more years as congresswoman and as governor of Ilocos Norte, respectively. 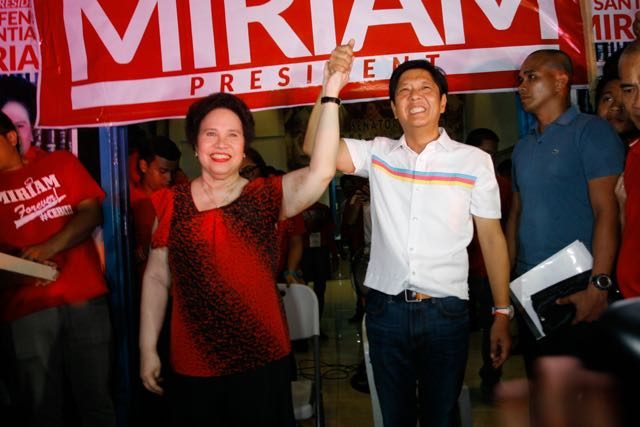 Three decades since the Marcoses lost their political capital, the only son of the late dictator made a bid to inch closer back to Malacañang Palace. Bongbong Marcos ran for vice president in the 2016 elections, the running mate of the late senator Miriam Defensor Santiago.

But Marcos’ bid for the second highest post of the land failed when he lost to then-Camarines Sur representative Leni Robredo by just over 263,000 votes. Marcos, however, has claimed that he was cheated of 3 million votes. (READ: Election data quash Marcos’ cheating pattern claim) Bongbong Marcos may have failed to clinch the vice presidency, but the Marcos family has nevertheless gained another victory: by having the body of the late dictator buried at the Libingan ng mga Bayani (Heroes’ Cemetery).

President Rodrigo Duterte had promised to allow a Marcos burial in the cemetery, despite opposition from martial law victims and human rights advocates.

In November 2016, after the Supreme Court cleared legal obstacles to stop the burial, Ferdinand Marcos was interred at the Heroes’ Cemetery in a surprise burial that various groups said befitted a thief. (TIMELINE: The Marcos burial controversy) – Cathrine Gonzales and Addie Pobre/Rappler.com