LOOK BACK: How ASEAN was formed 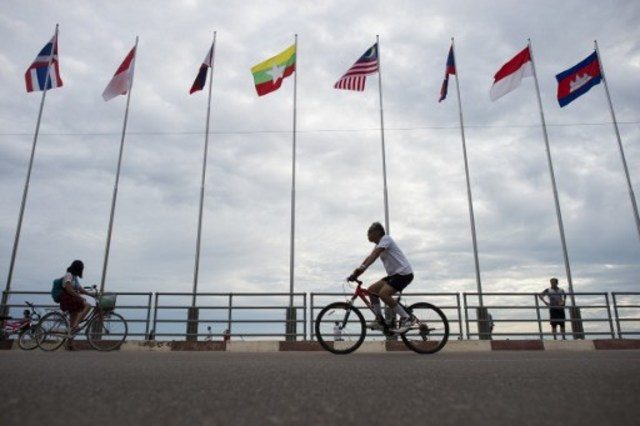 As the bloc gears up for its founding commemoration, we take a look back at key facts and events behind its formation.

ASEAN was established on August 8, 1967 in Bangkok, Thailand, with the signing of what became known as the ASEAN Declaration or the Bangkok Declaration, signed by the 5 founding fathers of the regional organization: Indonesia, Malaysia, Philippines, Singapore, and Thailand.

ASEAN replaced the Association of South East Asia (ASA), which was formed in 1961 by the Philippines, Thailand, and Malaysia.

From the original 5 members, ASEAN eventually expanded membership to include Brunei, which joined in 1984; Vietnam in 1995; Laos and Myanmar in 1997; and Cambodia in 1999.

The organization, which aimed to promote peace and security in Southeast Asia and foster economic development and cooperation among member nations, was formed with the ongoing Vietnam War in its backdrop, and the fall of Vietnam, Laos and Cambodia to communist regimes.

ASEAN was born with the signing of the ASEAN declaration by the 5 foreign ministers of Indonesia, Malaysia, the Philippines, Singapore and Thailand, who spent 4 days negotiating over the document at a beach resort in Bang Saen, southeast of Bangkok.

The ASEAN declaration contained only 5 articles, which described the aims and purposes of ASEAN and how these were to be carried out and implemented. ASEAN, they said, aims to achieve the following:

It also stated the the association is open for participation to all states in the Southeast Asian region subscribing to the same principles and purposes. The declaration also said that ASEAN represents “the collective will of the nations of Southeast Asia to bind themselves together in friendship and cooperation and, through joint efforts and sacrifices, secure for their peoples and for posterity the blessings of peace, freedom and prosperity.”

The signatories were Adam Malik of Indonesia, Narciso R. Ramos of the Philippines, Tun Abdul Razak of Malaysia, S. Rajaratnam of Singapore, and Thanat Khoman of Thailand.

In their speeches following the signing of the declaration, the foreign ministers recognized the need for the countries of Southeast Asia to work together as the region faces challenges in uncertain times.

For his part, Adam Malik of Indonesia shared his vision for Southeast Asia as a region that can “stand on its own feet, strong enough to defend itself against any negative influence from outside the region.”

For S. Rajaratnam of Singapore, it is imperative for ASEAN members to combine national thinking with regional thinking.

He said: “We must think not only of our national interests but posit them against regional interests: that is a new way of thinking about our problems. And these are two different things and sometimes they can conflict. Secondly, we must also accept the fact, if we are really serious about it, that regional existence means painful adjustments to those practices and thinking in our respective countries. We must make these painful and difficult adjustments. If we are not going to do that, then regionalism remains a utopia.”

Since its founding, ASEAN has held semiannual meetings hosted by its member-countries. This year, the Philippines will be hosting the 30th and 31st summit in April and in November.

This will be the third time that the Philippines will host the ASEAN Summit. The first was in December 1987, which saw the approval of the Manila Declaration 1987 that promoted the principle of sustainable development and its integration in all aspects of development, among other things.

In January 2007, the 12th ASEAN Summit was held in Cebu. The leaders committed to establish an ASEAN charter that would serve as a “firm foundation in achieving one ASEAN Community by providing an enhanced institutional framework as well as conferring a legal personality to ASEAN.”

While the regional bloc aims to foster cooperation and goodwill among the ASEAN member-nations, the organization has faced problems and disagreement in the past. The hotly-contested South China Sea has been a constant source of tension among ASEAN members, with the bloc failing to release the customary joint communique for the first time in 2012 because of it.

The Philippines was caught in a word war with then-ASEAN host Cambodia, which supposedly opposed the mention in the joint statement of Scarborough Shoal, over which the Philippines and China are in a heated dispute.

But Cambodia, a Beijing ally, resisted, and said that it cannot accept “that the joint statement has become hostage of the bilateral issue (between the Philippines and China).”

In 2016, the ASEAN chairman’s statement noted serious concerns in the South China Sea, but did not mention the historic ruling by an arbitral tribunal in The Hague that favored the Philippines.

ASEAN has also faced dilemmas with the actions of its members. In 2007, Myanmar’s prime minister Thein Sein forced ASEAN summit host Singapore to disinvite UN envoy Ibrahim Gambari, who was supposed to brief regional leaders. This happened as Myanmar faced international backlash over its crackdown on street protests.

Then Philippine president Gloria Macapagal-Arroyo had also warned that the Philippines was unlikely to ratify a new ASEAN charter unless Myanmar’s opposition leader Aung San Suu Kyi was released. – Rappler.com