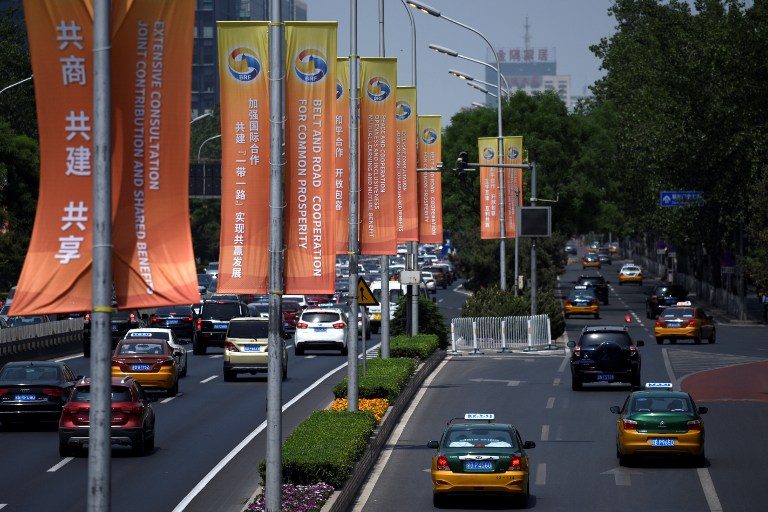 Facebook Twitter Copy URL
Copied
The two-day forum in Beijing is an opportunity for China to explain to other countries its grand vision to revive and expand the Silk Road trade routes, and help fund developing countries' infrastructure projects to boot

BEIJING, China – It’s been touted as China’s premiere economic and foreign policy event of the year.

The Belt and Road Forum for International Cooperation, to be hosted by President Xi Jinping himself and attended by 28 other leaders, will take place from May 14 to 15 in Beijing.

What’s this forum all about? Here are some bite-sized facts for you.

Two components – The BRI is composed of the Silk Road Economic Belt and 21st Century Maritime Road, hence, “belt” and “road.” The “belt” is mainly a land-based trade route while the “road” involves a sea route connecting archipelagic countries. 65 countries, 3 continents, billions of dollars – The belt and road aims to connect countries of Asia, Europe, and Africa to each other primarily through infrastructure projects to be funded, in part or in whole, by China. These ports, roads, railways, and bridges will connect all countries who wish to be part of the “belt” and “road.”

Around 30 ministers, senior officials – Some countries, like the United States, France, Iran, and Germany, will not be represented by heads of state or government. Instead, their delegations will be led by ministers, ambassadors, or other high-level officials. For the US, it will be National Security Council senior director for Asia Matthew Pottinger. For Germany, it will be Minister of Economic Affairs Brigitte Zypries. Even North Korea is sending a representative – Kim Yong-jae, Minister of External Economic Relations, according to South Korean news reports. 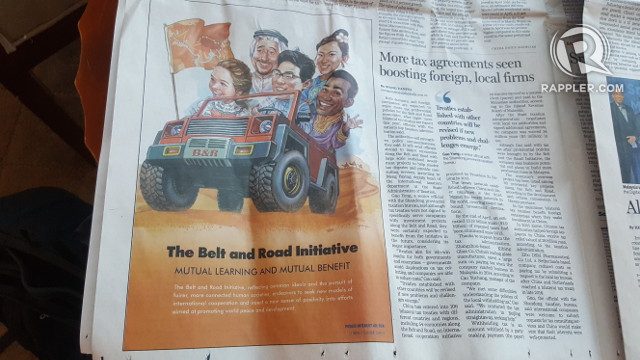 1,500 participants – Aside from leaders, members of the academe, journalists, and business leaders are expected to participate in the forum.

Addressing criticism for Belt and Road Initiative – The Belt and Road Forum is an opportunity for China to explain the BRI more comprehensively to countries who remain wary of the project and China’s intentions. Some countries say the BRI is too “China-centric” and designed to benefit only China, to the possible detriment of other countries.

This criticism is said to be one reason why China changed the program’s original name, which was “One Belt, One Road Initiative.” They dropped the use of “one” which appeared to indicate China’s dominance in the initiative.

China has sought to allay such fears, saying the initiative will only take flight if championed by other countries. Thus, they avoid language that puts China at its center.

State-run newspaper China Daily, for instance, defined the BRI as an initiative that “aims to expand connections between Asia and the rest of the world.”  – Rappler.com