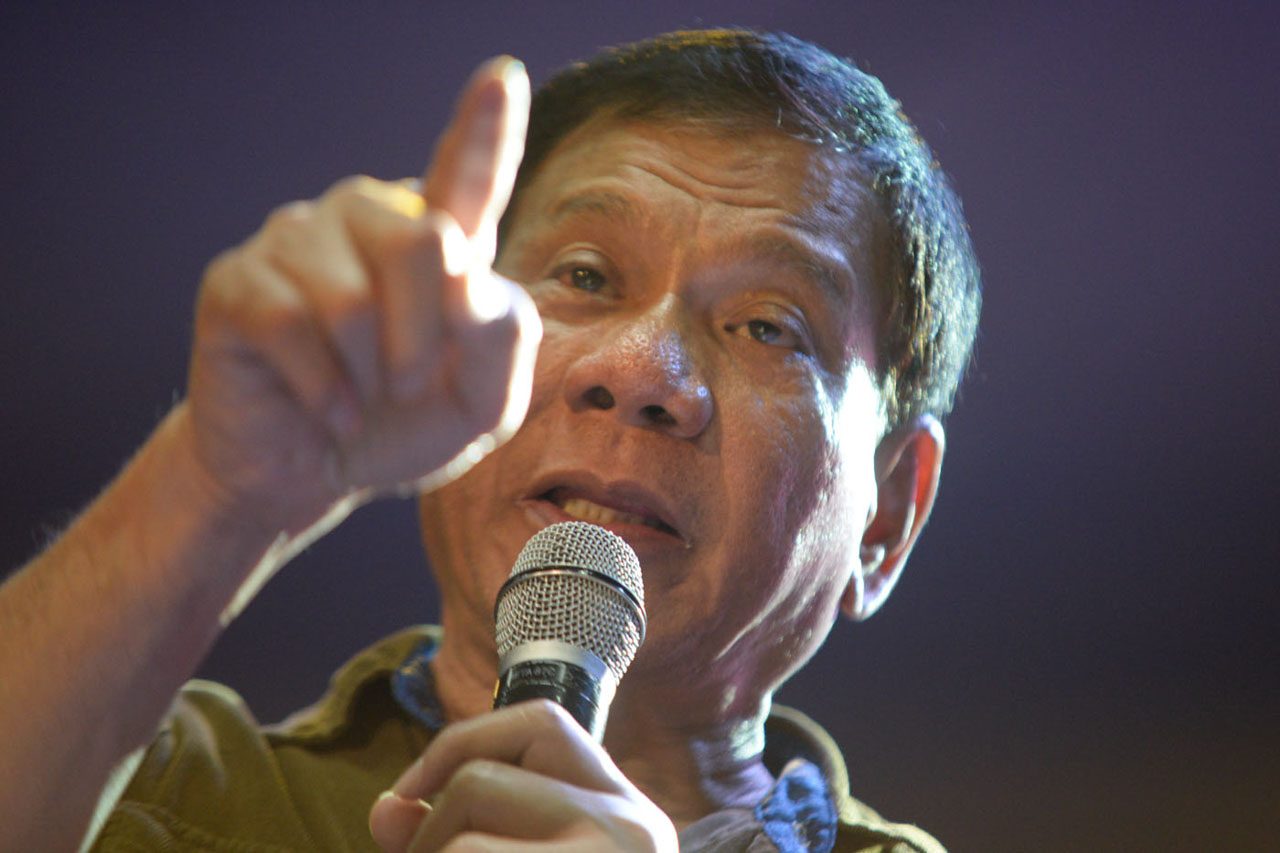 Together with ending crime and illegal drugs, a corrupt-free Philippines was a vision his campaign for the presidency waved before the electorate.

“I will not promise you heaven but I will try to stop corruption,” he vowed during the 2nd presidential debate. “In 3 to 6 months, I will stop corruption in government.”

The foul-mouthed Davao strongman showed that he was ready to crusade against corrupt officials, threatening to “skin them alive.”

Did the new administration follow through with this promise? Here is a list of government officials who were kicked out for alleged corruption.

Duterte announced in March 2017 that he fired at least 92 government employees for graft.

In a statement, Presidential Spokesperson Ernesto Abella said that this move is proof the iron fist of Duterte excuses no one.

“[Duterte’s] remark that he fired 92 government officials this month underscores that there are no sacred cows in the Duterte administration,” Abella said in a statement. “Any whiff of corruption, particularly those who serve at the pleasure of the President, means suspension or termination of service in government.”

Duterte fired Ismael Sueno from his post as interior secretary at the end of a Cabinet meeting on April 3, 2017.

According to Abella, the move was done “due to loss of trust and confidence.” It allegedly served as a “warning” that Duterte “would not countenance any questionable or legally untenable decisions by any member of the Cabinet.”

The corruption allegations against Sueno were stated in a letter reportedly sent to the President by the Mayor Rodrigo Roa Duterte-National Executive Coordinating Committee (MRRD-NECC).

The letter alleged that Sueno owned a hotel in South Cotabato and a trucking business and got payoffs from illegal gambling – which he all denied, accusing 3 of his undersecretaries of being behind the accusations.

According to Rappler sources, Duterte told labor groups his decision was based on information that Laviña allegedly received “40%.”

This information, Rappler learned, was received by the President when he met with a group of NIA directors in Panacan, the Malacañang of the South on February 23.

The group alleged that Laviña would call them and point out projects the regional office had and say, “Kayo nang bahala sa akin (It’s up to you to take care of me).”

Laviña, however, denied the corruption allegations, adding that he tendered his resignation – and was not fired – “to spare the President from any embarrassment due to these attempts. It is with deep regret that our office receives this news and wishes him well in his next endeavors.”

According to Aguirre, his decision came after viewing CCTV footage which showed the two accepting money from retired general Wally Sombero.

The money, said to be amounting to P50 million, was meant to free Chinese workers arrested at the Fontana Leisure Parks and Casino, according to Sombero.

Robles and Argosino, members of Duterte’s campaign legal team and his fraternity Lex Talionis, denied the allegations – adding that Lam tried to bribe them. They allegedly accepted the money as part of an investigation.

One government official riled Duterte so much that he did not wait to land from his chopper to fire her. That’s what the President narrated on April 5 during the Harvest Festival in Nueva Ecija.

Agricultural Secretary Manny Piñol confirmed that Duterte was referring to undersecretary Maia Chiara Halmen Valdez of the Office of the Cabinet Secretary.

Although not necessarily money-related, this decision to dismiss was due to her allegedly seeking to overturn the denial of rice importation. Duterte said he didn’t want to grant the appeal to “protect” Filipino farmers and their products.

While Duterte’s decision to fire key government officials, even those deemed to be his close allies, shows that he may really have zero tolerance for corruption, he falls short actually making sure the erring officials are held accountable before the law. (READ: When President Duterte goes on a firing spree)

He has also been criticized for failing to address other corruption allegations in his administration.

For example, the President still fully supports Tourism Promotions Board (TPB) head Cesar Montano despite corruption and mismanagement allegations against him by TPB employees.

The actor turned government official allegedly entered into contracts with producers to hold concerts and events where he was one of the performers, according to a letter filed before the Presidential Action Center (PACE), in addition to hiring friends and relatives, using public funds for personal finances, and incompetence.

But Duterte believes Montano is not capable of being corrupt as he already has enough money.

Tourism Secretary Wanda Teo had also been implicated in a blind item that alleged she asked for two pairs of designer shoes and 150 tickets for a musical from a big shopping mall. It was a charge she denied and she remains in office. – Gari Acolola and Jodesz Gavilan/Rappler.com

Gari Acolola is a Rappler intern.