Why do Filipino netizens troll? 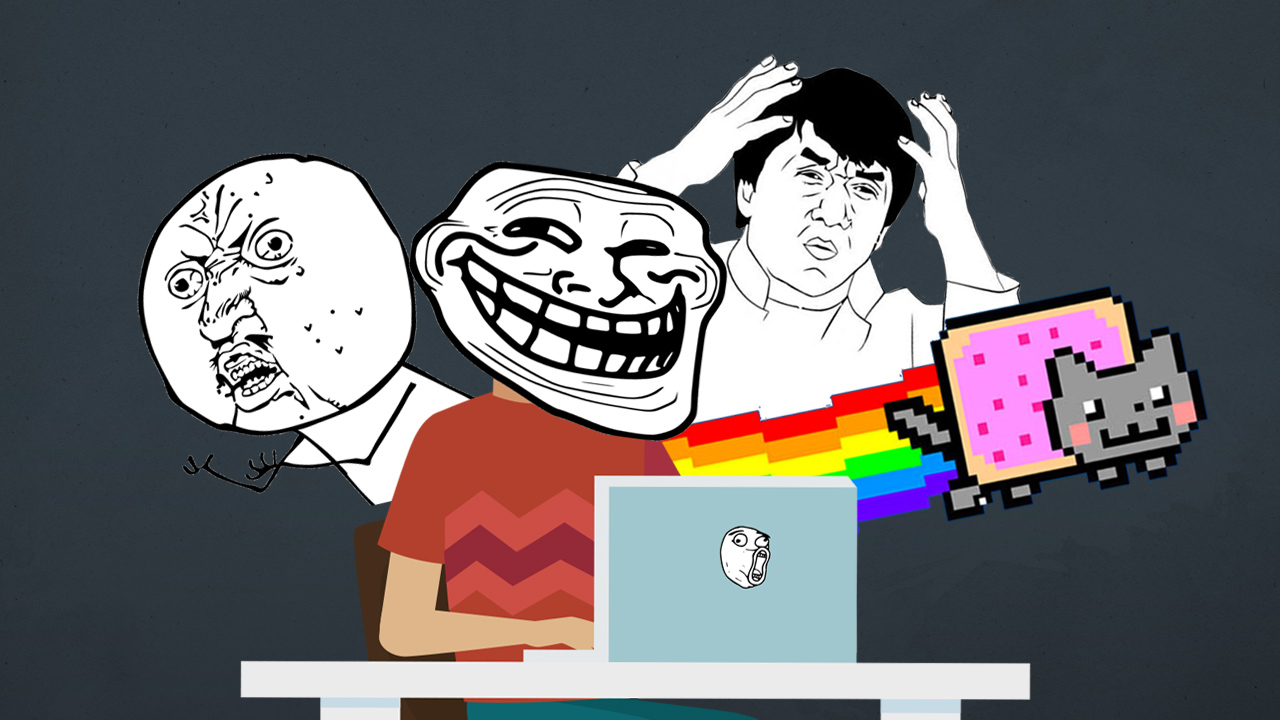 MANILA, Philippines – They are the faceless keyboard warriors who can easily ruin your day with their inane, aggressive, and insulting posts online.

These days, it’s rare to find an online comment section without that one user jumping in with an inappropriate comment, an off-topic remark, or personal attacks that derail the discussion. The comment threads, spiraling out of control, become fodder for mindless entertainment in a kind of internet spectator sport.

Behind the online avatar of the internet troll is a real person who may not act the same way offline. But what motivates them to engage in an act that many others consider a nuisance?

Maria Corinna Escartin, a graduate student in sociology at the University of the Philippines-Diliman, explored this question in her paper, “Rogue Cops Among Rogues: Trolls and Trolling in Social Networking Sites,” published in the Philippine Sociological Review.

“The question for me was always why. Why do people want to troll? What makes it comfortable for them to show aggression?” she told Rappler.

While it seems that trolls just engage in aggressive insults for mischievous fun, Escartin’s research shows that trolls can have two sides: as “rogues” who openly disregard conventional social norms, and ironically, as “cops” who police behavior online.

What defines a troll

Aggression is the common defining feature of an internet troll. Respondents in Escartin’s study describe a troll as a “professional day-ruiner,” one who posts annoying or insulting posts in an aggressive manner.

Some respondents perceive trolls as “individuals who take advantage of an opportunity to criticize by ridiculing a subject,” while some say trolls are those who feel “too privileged” to express insulting remarks. (READ: The 6 trolls you meet online)

Trolls typically fall into a predictable pattern of behavior online: they provoke other users through inflammatory comments, then attack aggressively when called out on it. By resorting to insults and attacks, they effectively hijack the discussion.

While most Filipinos would think twice about insulting someone in real life, the protection provided by the internet makes it easy for online users to dissociate and defy social expectations.

With a faceless crowd plus your own personal anonymity, it’s easier for individuals to break the rules of the prescribed ways of interacting with others.

“Ironically we say people’s identities are more exposed online. But you can have a mask online,” Escartin said. “It’s easy to reset your identity.”

But why break the social rules in the first place? For Escartin’s respondents – who themselves admit to trolling – it’s all about the “rush” and personal amusement they feel when people notice their posts.

In a way, Escartin said, trolling is a performance: trolls thrive on attention, and their behavior aims to get a reaction from other people. And trolling isn’t a particularly difficult performance – to be effective, after all, one just needs to know how to be annoying, obnoxious, and insulting.

That they derive personal satisfaction from causing distress may indicate that trolls are sadists, according to a 2014 study.

In the paper titled “Trolls just want to have fun,” researchers led by Erin E Buckels of the University of Manitoba in Winnipeg found that the correlation between sadism and trolling was “so strong that it might be said that online trolls are prototypical everyday sadists.”

“Both trolls and sadists feel sadistic glee at the distress of others. Sadists just want to have fun…and the internet is their playground!” the researchers wrote.

Whether it’s a politically charged rant on Facebook, or a seemingly mundane anecdote from everyday life, all kinds of posts can be susceptible to a troll attack – if it possesses particular characteristics.

According to Escartin’s respondents, a post is considered “trollable” if it expresses a “stupid” idea or is inappropriate and offensive. Posts that are insensitive or “self-important”, or those that are considered too dramatic, hypocritical, or shallow – like posting publicly about matters that ought to be kept private – are also magnets for trolls.

One particular target of trolls? Anything related to the jejemon subculture.

“Trolls really pounce on the jejemon culture because it provides a very stark difference to how Filipinos dress, write, or speak,” Escartin said.

When asked why they troll, Escartin’s respondents had a common answer: I troll because I’m irritated by this post.

Escartin said that this suggests that the irritation comes from knowing that a particular post doesn’t adhere to social norms. For instance, posts that make fun of murder or rape get trolled, precisely because these don’t adhere to what’s considered socially acceptable standards.

In this way, trolls act as “cops” who police online behavior, Escartin said.

This also explains why many of her respondents are unapologetic about their actions, even if their posts are mean and downright hurtful. They see trolling as giving someone a taste of their own medicine, seeing their role as cops who keep the worse trolls in line.

“In their minds, trolling posts they don’t like was logical to do since it was a way for them to ‘counter-troll’ the trolls or sanction them,” Escartin said.

Positive side to trolling?

By openly flouting conventional norms, trolls exhibit a “rogue” and deviant side. But some users act as “cops” and justify trolling as a productive exercise if they can correct “misguided views.”

“When certain normative boundaries are crossed, respondents felt that condescending or imposing comments should also be trolled. [A comment] is trolled when it imposes one’s idea as if it is the truth and not an opinion anymore, more so when it is a false claim,” Escartin’s paper read.

Escartin explained that trolls consider themselves to be part of the “in” crowd, and by trolling, they want to push an agenda so that others can think, behave, and act like them.

But if they simply want to raise an alternative point of view, why not just lay out the facts in a calm, logical manner? This is where the performative aspect comes into play – negative posts, after all, tend to get more attention.

“Some think trolling is justifiable if it pushes a certain discourse. Because there’s no accountability for them online, and they want their posts to have impact, they resort to negative comments and insults,” Escartin said.

The aggression, profanity, and vitriolic behavior ascribed to internet trolls can also be seen manifested in some of the loudest voices on Philippine social media today: the bloggers supportive of Philippine President Rodrigo Duterte.

Bloggers like RJ Nieto of Thinking Pinoy and Mocha Uson frequently resort to vulgar speech to make their point – never mind if the information they peddle is sometimes fake news. One common line of attack in their posts defending the administration is bringing up the sins of Duterte’s predecessor, diverting the topic to push the discourse or agenda they want to put on the table.

Point out to them the human rights abuses in the administration’s bloody war against drugs, and they counter with reports of innocent mothers, infants, and children killed by rapists high on illegal drugs. Express alarm over the number of alleged drug pushers and users killed by police, and they bring the narrative to the number of policemen killed in the drug war. (READ: Duterte losing 2 policemen daily to drug war? Stats don’t say so)

Escartin does not categorically tag bloggers like Thinking Pinoy as trolls, saying some of their posts aim to engage people and make them think.

But she said these bloggers do bear some similarities to the common definition of a troll.

“Perhaps the aspect that they have similar to trolls is that they make the audience feel uncomfortable with what they express online,” Escartin said.

These bloggers have also targeted and insulted politicians of the opposition. Uson, in particular, has long attacked Vice President Leni Robredo.

One of her recent posts on the controversial killing of 17-year-old Kian delos Santos in the drug war slammed politicians who visited the teenager’s wake, supposedly to play up political favor.

(What an epal politician, doing everything to seize power. Filipinos aren’t stupid now. Punish the erring cops but continue the war against drugs!)

And while others expressed outrage over the killing, Uson and other pro-government bloggers sought to float a different message, asking: where’s the anger and sympathy over the victims of drug addicts?

“Posible bang gumawa ng krimen ang 17 y/o? (Is it possible for a 17-year-old to commit a crime?)” she wrote in one post, accompanied by screenshots of a news story about a pregnant mother and her unborn baby killed by a 16-year-old drug pusher.

While ordinary citizens engaging in trolling may be in it for the amusement, or to express their annoyance, for some pro-Duterte bloggers, their insult- and hate-filled posts have become somewhat of a state-sponsored operation.

The support of these pro-Duterte bloggers has also won for them perks and support from the Presidential Communications Operations Office (PCOO), which now relies on these bloggers to spread propaganda and to act as “crisis managers” when a controversy blows up online.

For instance, these bloggers were the ones who alerted the PCOO about the blunders of the Philippine News Agency. Their alerts also prompted the Palace to release a statement following negative online reaction to Duterte’s threat to bomb Lumad schools for supposedly teaching subversion. (READ: Blogger-propagandists, the new crisis managers)

In several pro-Duterte pages, the same content and messaging seem to be cross-posted – perhaps an attempt to influence the discussions and push for their particular agenda.

While trolling may seem on the surface as just a mischievous act, it’s also a political activity.

“Trolling allows discourses to be put on the table, but which discourses? Trolling is a political activity. Whoever gets to persuade the public, wins,” Escartin said.

While Escartin’s study showed deeper reasons behind what are seemingly just annoying acts, there’s more to study about the Filipino troll. Her study was limited to 15 respondents belonging to the middle class, with relatively high levels of educational attainment. Perhaps a deeper study cutting across different socioeconomic classes can reveal more about what makes the normally reserved Filipino go into attack mode online. – Rappler.com