Get to know PDEA, the ‘sole agency’ now in charge of Duterte’s war on drugs

Oct 12, 2017 6:02 PM PHT
Jodesz Gavilan
Facebook Twitter Copy URL
Copied
President Rodrigo Duterte's dream of a drug-free Philippines now lies solely on the shoulders of the Philippine Drug Enforcement Agency. Are they up to the task? 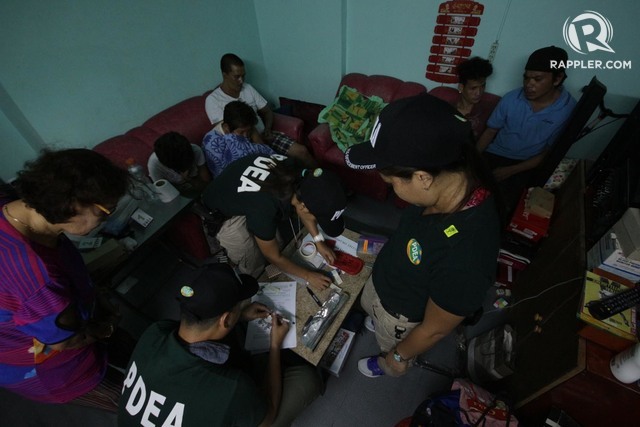 MANILA, Philippines – The Philippine Drug Enforcement Agency (PDEA) is taking centerstage once again as President Rodrigo Duterte named it as the “sole agency” in charge of his campaign against illegal drugs.

Duterte, in a memorandum dated Tuesday, October 10, directed government bodies such as the National Bureau of Investigation (NBI) and the Philippine National Police (PNP), among others, “to leave to the PDEA as sole agency the conduct of all campaigns and operations against all those who, directly or indirectly, and in whatever manner or capacity, are involved in or connected with illegal drugs.”

The dip is believed to be due to the continuous rise of killings in his administration’s violent war on drugs which has, so far, led to at least 3,850 people killed in police operations. At least 2,290 others were killed mostly by vigilantes.

But did you know that PDEA is really the main institution mandated by law to battle illegal drugs in the Philippines?

PDEA was established 14 years ago to implement provisions of the Comprehensive Dangerous Drugs Act of 2002. It is “responsible for the efficient and effective law enforcement of all the provisions on any dangerous drug and/or controlled precursor and essential chemical.”

The agency’s main responsibilities, according to the law, include:

How to be PDEA agents

Since PDEA will now be the sole agency to work on attaining a drug-free Philippines, its agents will now have to work double time. But in 2015, PDEA said it needed more than 500 new agents.

PDEA employs agents to carry out its tasks such as intelligence-gathering, inspections, and eventually arrests. They are referred to as drug enforcement officers (DEOs).

Those who are willing to be DEOs should fall under the minimum requirements. They should be 21 to 35 years old, 5’2” in height for males and 5’ in height for females, a bachelor’s degree holder, and should be eligible for a career service second-level position.

According to PDEA, qualified applicants have to take examinations, neuro-psychiatric tests, medical examinations, and a physical fitness test, together with background investigation and a panel interview.

Once they are recruited, they will undergo a 6-month “comprehensive and regimented drug enforcement officer basic course training” at the PDEA Academy.

While other law enforcement agencies such as the PNP can interfere with drug-related incidents, it is important that they cooperate closely with PDEA.

In fact, the agency’s Plans and Operations Service previously told Rappler that “all operating units are required to coordinate with PDEA prior to the conduct of planned anti-illegal drug operations. A Certificate of Coordination is then issued by PDEA to said Operating Units for such coordination.”

Command Memorandum Circular No. 16, released by the National Police Commission and signed by PNP Chief Director General Ronald dela Rosa on July 1, also spelled out that unit commanders are required to ensure that all anti-illegal drug operations be coordinated with the PDEA “as far as practicable.”

The lack of coordination in the past has got other government offices in trouble.

For example, the Bureau of Customs was slammed during the Senate hearing after it conducted the search that led to the seizure of P6.4-billion worth of shabu without properly coordinating with PDEA. Then director general Isidro Lapeña said that the evidence may “no longer support the case.”

Can PDEA do it on its own?

Battling illegal drugs is a task so daunting that before Duterte, PDEA has consistently coordinated with various law enforcement agencies to carry out its tasks.

The fruits of this close coordination shows that operations by PDEA with other agencies such as the PNP from 2011 to 2015 yielded at least P24.17 billion (P512 million)* worth of dangerous drugs, controlled precursors and essential chemicals (CPEC), and non-drug evidence. (READ: Before Duterte: How did anti-illegal drug operations fare?)

Meanwhile, data from the same period shows that a total of 47,901 drug-related cases were lodged by authorities against various drug personalities. The number increased throughout the 5-year period, with the highest recorded in 2015, when 30,282 cases were filed.

Now, with it being the “sole” agency tasked to take the lead in the war on drugs, can PDEA still do it? For PDEA chief Aaron Aquino, it is clear that they will still need the PNP especially since he has “only more than a thousand agents.”

How will this affect Duterte’s vision of a drug-free nation? – Rappler.com