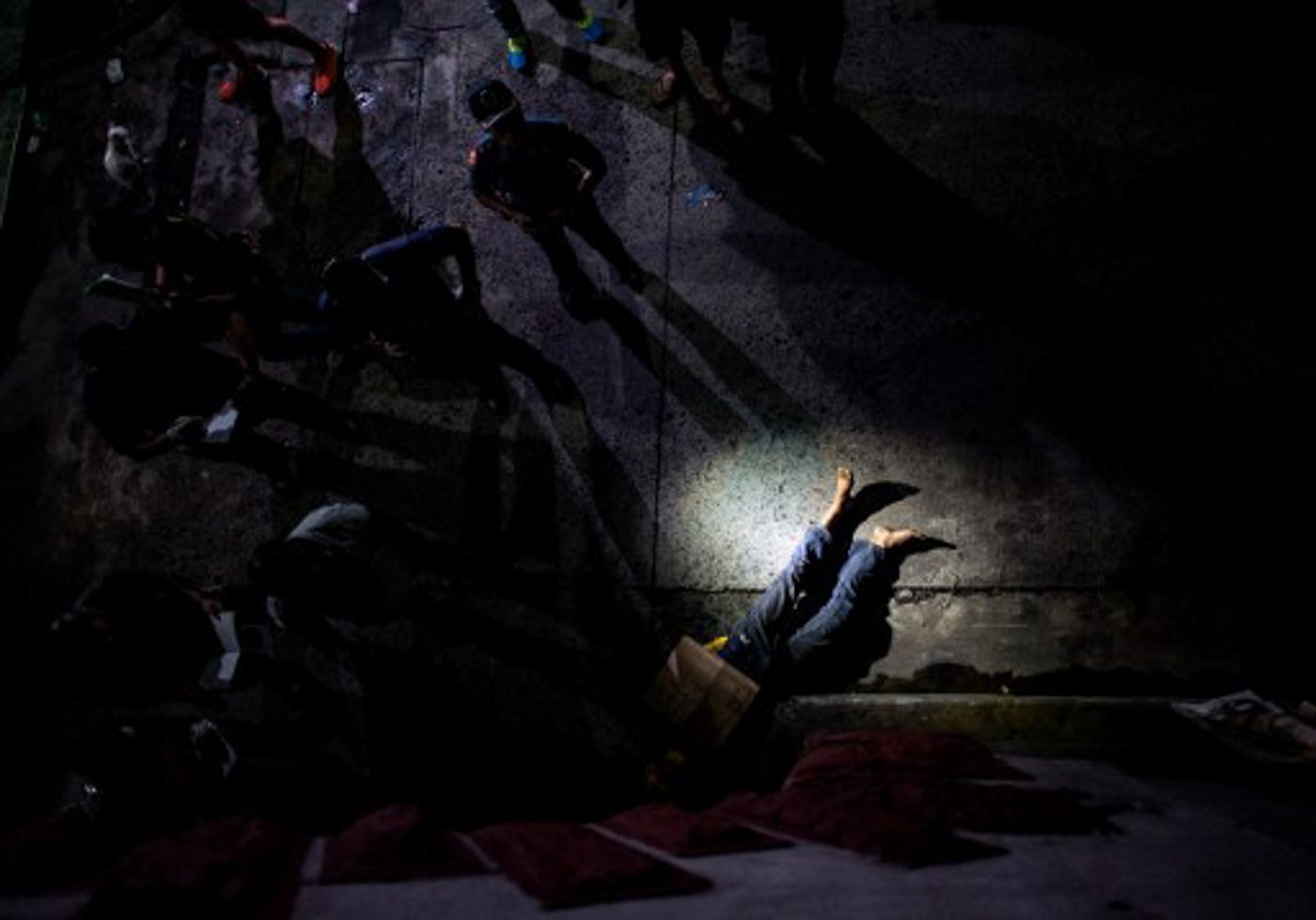 Facebook Twitter Copy URL
Copied
Despite concerns and controversies, 7 in 10 Filipinos are satisfied with the Duterte administration's drug war led by the Philippine National Police

MANILA, Philippines – A majority of Filipinos remain generally satisfied with the Duterte administration’s war on drugs despite some apprehensions about the campaign, according to the results of surveys conducted by the Social Weather Stations (SWS).

On Wednesday, October 11, SWS Deputy Director Vladymir Licudine gave a presentation on public opinion on the war on drugs – a glimpse of how Filipinos feel about the government’s controversial campaign based on nationwide surveys the pollster conducted in September.

Based on the results of the survey conducted from September 23 to 27, 7 in 10 Filipinos are satisfied with the Philippine National Police (PNP)-led war on drugs.

Over the last year, or from September 2016 to September 2017, the net satisfaction rating of drug war decreased by 13 points. In September 2016,  the net rating was at +76, as 84% of Filipinos were satisfied, and 8% each dissatisfied and undecided, with the war on drugs. The government maintained public support for the controversial campaign despite Filipinos’ skepticism about the PNP leading the drug war.

The results of the SWS surveys conducted in September, showed the following:

Considering these concerns, what is behind the sustained majority  support for the war on drugs?

During his presentation on October 11, Licudine said majority public support for the war on drugs has been sustained because it is perceived to deliver on the promise of ending the illegal drug trade and drug addiction.

An SWS survey held in September showed that  7 in 10 Filipinos believe that there is a reduction in drug suspects in their respective localities. 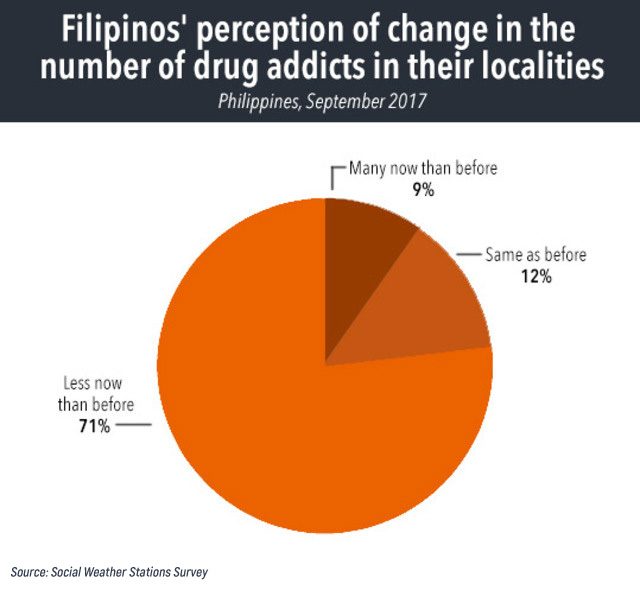 This perception is backed by official data. Based on the government tally, #RealNumbersPH, the drug war has led to the arrest of at least 113,900 drug suspects, and the seizure 2,506 kilograms of shabu or methamphetamine worth P18.84 billion.

Licudine explained that Filipinos “compartmentalize” their satisfaction and concerns, as seen in their sentiments on the war on drugs.

“[Filipinos] don’t think holistically, in my opinion. We can compartmentalize things,” he said.

Based on the September survey results, the biggest drop in public satisfaction in the war on drugs was in Metro Manila – a 16-point drop to +61 from +77 in June.

In between those dates, the deaths in drug operations continued to rise and again dominated the news following the PNP’s “one-time, big-time operations” in Metro Manila and surrounding areas. (READ: Drug raids toll hits 81 in 4 days)

Teenagers were among those killed in the police operations, including 17-year-old  Kian delos Santos, and Carl Arnaiz – cases that triggered outrage and renewed calls to end the police-led drug war, as the findings of state forensic experts indicate that both were executed.

In the next round of surveys in December – unless there’s a change in plan – the PNP would no longer be at the helm of the drug war, as President Rodrigo Duterte had ordered the Philippine Drug Enforcement Agency (PDEA) to take the lead in all drug operations. In his memorandum order, Duterte directed the PNP and other agencies to leave all anti-illegal drug operations to PDEA, as mandated by Republic Act Number 9165 or the Comprehensive Dangerous Drugs Act. Duterte reduced the PNP’s role to maintaining police visibility to deter illegal drug activities.

PDEA can learn from the lessons of the drug war under the PNP. (READ: PDEA chief says PNP ‘still needed’ in drug war)

Licudine said the most important lesson is to keep arrested drug suspects alive.

Licudine’s statement is backed by the SWS finding that for 95% or almost all Filipinos, it is important that drug suspects be captured alive. According to #RealNumbersPH, some 3,900 suspects have been killed in police raids. – Rappler.com