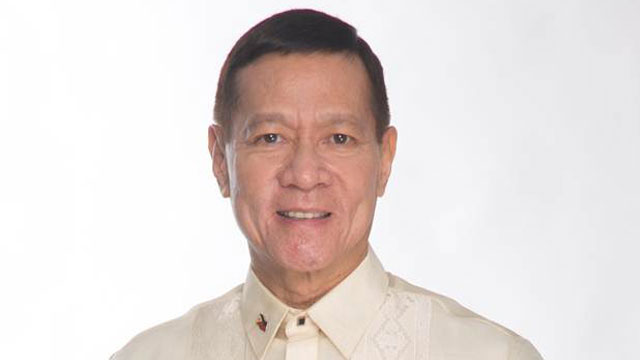 MANILA, Philippines – The Department of Health (DOH) is welcoming a familiar face back as its new chief.

Francisco Duque III is back to his old post as DOH secretary, replacing Paulyn Ubial, whose ad interim appointment was rejected by the Commission on Appointments on October 10.

Duque had previously served as health secretary during the administration of former president Gloria Macapagal-Arroyo.

He finished medicine at the University of Santo Tomas and later took up a masteral degree in pathology at Georgetown University in Washington DC.

Before joining the DOH, Duque was appointed president and CEO of the government-owned Philippine Health Insurance Corporation (Philhealth) from 2001 to 2005. It was during this time that Philhealth got embroiled in controversy for the universal health care program that sought to enroll more indigent beneficiaries. The Greater Medical Access program wants poor people covered by government insurance, but there were questions on whether there were enough government funds to finance the program.

According to a 2004 Newsbreak report, a total of P6 billion will be needed to cover the target 5 million members, but the proposed budget for the Office of the President in 2004 has allocated only P500 million as premium subsidy for indigents.

Critics also questioned the timing of the program, pointing out that the PhilHealth cards distributed to members bore the image of Arroyo and were distributed during the campaign period to entice enrollees to vote for Arroyo.

But Duque downplayed suggestions of any anomaly in the distribution of the health cards, saying the provision of these cards to indigent families was a priority of the Arroyo administration.

Following his stint at Philhealth, Duque was appointed health secretary from June 2005 to January 2010.

During his term at the DOH, the Philippines faced the threat of the H1N1 pandemic. The Philippines sought to contain the spread of the virus in May 2009, with the DOH working with the World Health Organization to formulate and disseminate guidelines in the prevention and control of the virus.

The country’s efforts in containing the deadly virus was praised by members of the Association of Southeast Asian Nations, particularly the preparedness plan and communication strategies implemented by the health department.

After his DOH stint, Duque served as Civil Service Commission (CSC) chairperson under former president Benigno Aquino III from 2010 to 2015.

While at the CSC, the commission developed its Roadmap for Development and Reforms for 2010-2015. The commission was also recognized by the Institute for Solidarity in Asia in partnership with the National Competitiveness Council (NCC), which awarded the Governance Trailblazer seal to the CSC thrice.