TIMELINE: The long road to justice for Maguindanao massacre victims 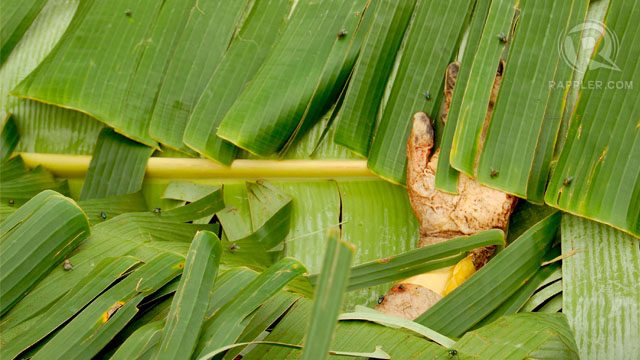 MANILA, Philippines (5th UPDATE) – Saturday, November 23, marks 10 years since 58 people were killed as they were on their way to the provincial capitol in Ampatuan, Maguindanao in 2009.

Out of the total victims, 32 were journalists making it the single deadliest attack against journalists, aside from being the worst case of election-related violence in Philippine history.

Families and advocates have called out the judiciary for the slow pace of the murder trials. Eight years on, however, not one of the 188 individuals officially charged have been convicted. One of the primary suspects, former Maguindanao provincial governor Andal Ampatuan Sr died in July 2015.

In October 2016, President Rodrigo Duterte created the presidential task force on media killings which lists among its priorities the Maguindanao Massacre convictions.

Here’s a timeline that lays out the events from when the massacre occurred to latest updates on the trials. This will be updated as more developments occur.

A total of 58 people are killed in Sitio Masalay, Barangay Salman, Ampatuan, Maguindanao. Most of the victims were part of a convoy to the provincial capitol to file the certificate of candidacy of Esmael Mangudadatu for governor, making it as the worst case of election-related violence in Philippine history.

The incident is considered the single deadliest attack against the media, according to the Committee to Protect Journalists (CPJ), as the victims included 32 journalists.

The powerful Ampatuan clan is suspected to have plotted the attack with the intention of deralling the gubernatorial candidacy of Mangudadatu.

After ordering law enforcers to catch the perpetrators, then president Gloria Macapagal Arroyo places the provinces of Maguindanao, Sultan Kudarat, and Cotabato City under a state of emergency via Proclamation No. 1946 to “prevent and suppress the occurrence of similar other incidents.”

Then Datu Unsay mayor Andal Ampatuan Jr turns himself in to then presidential adviser for Mindanao affairs Jesus Dureza. From General Santos City, he is flown to Manila and detained at the National Bureau of Investigation (NBI).

The Department of Justice files 25 counts of murder against Ampatuan Jr and a batch of “information” against him at the Cotabato City Regional Trial Court (RTC).

Police discover a large arms cache in the mansion of Andal Ampatuan Sr.

Maguindanao is placed under martial law through Proclamation No. 1959. Several more suspects are arrested – including Ampatuan Sr and Zaldy Ampatuan.

The Maguinanao massacre case is transferred to Quezon City as granted by the Supreme Court en banc. On December 15, the case is initially raffled to Judge Luisito Cortez but he refuses to take it on, fearing for the safety of his family and staff. It is eventually re-raffled to Judge Jocelyn Solis-Reyes of Branch 221 of Quezon City RTC in December

An administrative complaint is filed before the National Police Commision (Napolcom) which seeks to dismiss 20 policemen and suspend 11.

The court orders the mass arrest of 196 suspects. It also dismisses the charges of rebellion against the Ampatuan clan days after.

Suwaib“Jessie” Upham, a prosecution witness who claims to have knowledge of the massacre, is killed by unidentified gunmen in Parang, Maguindanao.

Then justice secretary Leila de Lima issues Department Order No. 172 which places new individuals in the prosecution panel. She says this was to prevent the “rift” among those involved from worsening, adding that the original members of the panel “lacked zeal.”

Andal Ampatuan Sr is arraigned and pleads not guilty. Private prosecutor Nena Santos announces that state witness Esmael Enog is killed. During the trial, he testifies that he drove at least 36 armed men in two batches to the site of the killings.

The prosecution files charges in relation to the murder of Reynaldo Momay – the 58th victim.

The Supreme Court reverses its earlier decision to allow live media coverage of the trial. It grants the motion for reconsideration of the Ampatuan camp after Andal Ampatuan Jr, one of the principal accused, argues that showing the proceedings live violated his right to due process.

Zaldy Ampatuan is arraigned and pleads not guilty to the murder charges.

In a resolution, the High Court directs the presiding judge to require remaining witnesses from both the prosecution and defense panels to submit judicial affidavits instead of direct testimonies at least 10 days before the scheduled date of testimony.

Under the new rules, the presiding judge is authorized to issue separate decisions for issues which are “ripe for resolution” and hold separate trials of the accused. A 3rd assisting judge will also be appointed for the trial. (READ: SC issues new guidelines to expedite Ampatuan trial)

The prosecution rests its case against 28 suspects.

The Fortun, Narvasa and Salazar law firm formally informs QC RTC Branch 221 of their withdrawal as counsel of the Ampatuans. In an interview with the Philippine Center for Investigative Journalism (PCIJ), lawyer Sigfrid Fortun cites “potential conflict.”

Then lawyer (and now presidential legal counsel) Salvador Panelo joins Ampatuan Jr’s legal team. A Philippine Star article quotes him as saying that the Ampatuans were just “framed to seize political power.” In 2015, he withdrew due to “personal reasons”.

QC RTC Branch 221 grants the petition for bail of 16 police officers accused, with bail set at P11.6 million for all.

A witness in the Maguindanao massacre case is killed and another wounded in an ambush in Shariff Aguak town. Dennix Sakal, who died from multiple gunshot wounds, and Butch Saudagal were both former employees of Ampatuan Jr, the prime suspect in the case. In the decision, Solis-Reyes rules that the prosecution failed to establish strong evidence that would warrant Sajid’s continued detention while trial is ongoing. His bail is set at P200,000 per murder count – a total of P11.6 million for the 58 counts filed before the court.

He posts bail and is granted temporary freedom two months after, on March 9, 2015.

Solis-Reyes denies the bail plea of Andal Ampatuan Sr, saying that the court found that the evidence of guilt against him “is strong and that there was also evidence that he monitored the execution through “numerous phone and radio calls” and “supposedly also tried to orchestrate the escape of the men in Sitio Amasalay.” Family patriarch Andal Ampatuan Sr passes away after being confined at the National Kidney and Transplant Institute in Quezon City. He is confined for almost two months since complaining of abdominal pains.

The court denies the petition for bail of Zaldy Ampatuan.

Napolcom expels 20 policemen and suspends 11. The 20 policemen are found to have “conspired with Andal Ampatuan Jr and his armed men in carrying out the massacre” while the 11 are suspended for “less grave neglect of duty.”

Chief Justice Maria Lourdes Sereno says the Maguindanao massacre trial may soon be in the homestretch as “proceedings have already reached the hearing on the evidence-in-chief. “

The second batch of the defense’s formal offer of evidence (FOEs), with 45 of the accused involved, is resolved The initial presentation of their defense evidence is set to start on January 19, 2017.

Andal Ampatuan Jr’s bail is denied. It is affirmed in October 2017.

Undersecretary Joel Egco, head of the Presidential Task Force on Media Security, says the court decision on Akmad “Tato” Ampatuan Sr and Anwar Ampatuan Sr can be expected as early as first quarter of 2018. (READ: Convictions for 2 Maguindanao massacre suspects expected in 2018)

“We expect it, of course. Our best guess is probably within the first quarter or second, probably of the next year,” Egco says.

The prosecution had earlier linked the 16 cops to the massacre and said they guarded the checkpoints leading to the crime scene. However, both the CA and QC RTC said the prosecution had insufficient evidence to back this claim.

Judge Jocelyn Solis-Reyes of QC RTC 221 earlier ruled that the testimonies of witnesses pointing to Ampatuan’s participation in a series of supposed meetings to plan the massacre are strong evidence of guilt.

Then presidential spokesperson Harry Roque says President Rodrigo Duterte has ordered the prosecution panel in the Maguindanao massacre case to ensure partial ruling for some of the accused by the end of 2018.

Bureau of Jail Management and Penology Spokesperson Xavier Solda says Ampatuan was able to do this by securing a court order for him to leave detention from 4 pm to 7 pm.

The BJMP adds it has no information on which court allowed Ampatuan to celebrate outside jail or who his daughter is.

Maguindanao 2nd District Representative Zajid “Dong” Mangudadatu says his clan is in “deep pain” over the court decision to allow Ampatuan to leave jail to attend his daughter’s wedding.

“The Ampatuans have taken so much from the families of the 58 victims, we will not let them keep taking from us every time they are out from prison,” he said.

Then presidential spokesperson Harry Roque says he’ll ask President Rodrigo Duterte to meet with the prosecutor panel of the case amid delays in the trial.

The Philippine Star reports that one witness, Thonti Lawani, recanted his testimony against the primary suspects and claims he was pressured to testify.

Ampatuan Jr submits his formal offer of evidence before the QC RTC.

Datu Sajid Islam Ampatuan, one of the principle suspects, is elected as mayor of Shariff Saydona Mustapha in Maguindanao.

Judge Jocelyn Solis-Reyes of QC RTC 221 formally dismisses cases against suspects who died during the trial proper, including Andal Ampatuan Sr who died in 2015.

Zaldy Ampatuan is admitted to a hospital due to alleged heart ailment.

The Supreme Court grants Judge Reyes’ request to extend by 30 days, or until December, the promulgation of judgment.

Quezon City Regional Trial Court Branch 221 finds 28 people, including  including masterminds Datu Andal Jr and Zaldy Ampatuan, guilty of murder, sentencing them to reclusion perpetua or a maximum of 40 years, without parole.

This timeline will be updated as more developments occur.