What has happened to the Maguindanao massacre trial 8 years later? MANILA, Philippines – It’s supposed to be the trial of the century. Yet 8 years later, no convictions have been made in the Maguindanao massacre cases, where 58 people, 32 of whom were journalists, were killed on a hill in Ampatuan, Maguindanao province.

The event, also known as the Ampatuan massacre, is the worst case of election-related violence in the Philippines. In 2009, then-Buluan vice mayor Esmael “Toto” Mangudadatu challenged Andal Ampatuan Jr, a member of the powerful Ampatuan clan, for the position of governor in the 2010 gubernatorial elections.

Mangudadatu’s family, supporters, and members of the media were on their way to the provincial capitol to file his certificate of candidacy when the convoy was attacked.

The Committee to Protect Journalists (CPJ) dubbed the killings as the single most deadly assault on journalists in the world. It has included the Philippines among the list of the most dangerous places for journalists.

Here’s what you need to know, 8 years since the killings.

The defense is now presenting evidence in the trial.

Since the start of proceedings in January 2010, a total of 253 witness have been presented – 190 from the prosecution and 63 from the defense. According to the Presidential Task Force on Media Security, cases of 13 accused have been brought to the court for a decision as of November  2017.

Three administrations have passed, yet none of the accused have been convicted. According to Atty Gilbert Andres of Centerlaw, which represents some of the 58 victims, a point to consider in the lengthy trial of the case is the sheer number of accused involved in the trial.

“We need to understant that there are 197 originally accused. The number of accused times the number of victims: that’s the number of cases being constituted under the Maguindanao massacre trial. If we really want the cases to be finished, we have to present all the pieces of evidence on the prosecution and defense – for all the accused, for all the vicitms,” Andres said.

The Maguindanao massacre cases are also considered complex due to the involvement of state agents. Case proceedings have been plagued by delays, with arraignments for some of the major suspects taking place years after the massacre occurred. 3. What key events have happened in the last year?

A major update in the case is the denial of Datu Unsay Andal Ampatuan Jr’s petition for bail. According to a report from the Inquirer, Judge Jocelyn Solis-Reyes of Quezon City Regional Trial Court Branch 221 denied the bail plea last May as “evidence of guilt against the accused is strong.”

Ampatuan Jr is a major suspect in the case. He is believed to have led the group which stopped Mangudadatu’s convoy, according to previous Newsbreak reports. The decision to deny his bail plea was affirmed in October.

Andres said this a key development in the case as the court’s resolution on bail could be indicative of what might be the decision on Ampatuan Jr’s case. “As private complainants and prosecutors we will have to consult this with the panel, but the possible scenario is this: if the bail is denied, then it means to say that there is strong evidence against the accused, and in fact, the prosecution will just adopt the pieces of evidence presented during bail application in the evidence in chief. So in essence, it will actually be indicative of what it (decision) might be,” he said.

On the other hand, the Court of Appeals in February affirmed Datu Sajid Islam Ampatuan’s bail plea. Sajid Islam was granted the right to bail in January 2015 and was released two months later, after paying P11.6 million for the 58 counts filed before the court. The prosection’s motion for reconsideration was denied in September.

The prosecution will also file a memorandum for Akmad Ampatuan Sr and Anwar Ampatuan Sr later this month. The cases will be submitted for decision afterwards.

4. Last year, the Presidential Task Force on Media Security was formed but has that helped bring forth a convicton?

Not so much. The presidential task force was created to work on cases of killings involving members of the media but little progress has been made on this front. (READ: Task force on media killings to also tackle Maguindanao massacre) 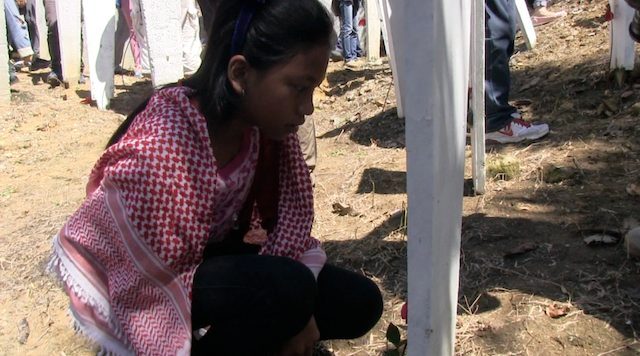 5. How much longer will it take until convictions are made?

That depends on who you ask. Almost a decade since the killings, several promises have been made over 3 administrations to bring the case to speedier resolution.

The presidential task force said convictions for some of the accused can be expected as early as next year, with a resolution well possible within the administration of President Rodrigo Duterte. (READ: Convictions for 2 Maguindanao massacre suspects expected in 2018)

Chief Justice Maria Lourdes Sereno said the trial “may soon be in the homestretch” – but that was in 2016.

Andres said if a case takes an average of about 5 years to conclude in the Philippines, the Maguindanao massacre trial would take about 57,130 years to conclude. “How many years have we been in existence as a republic? Less than that,” Andres added.

However, this is still faster than the average 6.6 years it took to close a case in 2002, according to former Solicitor General and Ombudsman Simeon Marcelo. More than a decade later, the situation has worsened, as it now takes an average of 10.2 years to process cases against government officials. – Rappler.com