How similar are the Sereno and Corona impeachment cases? 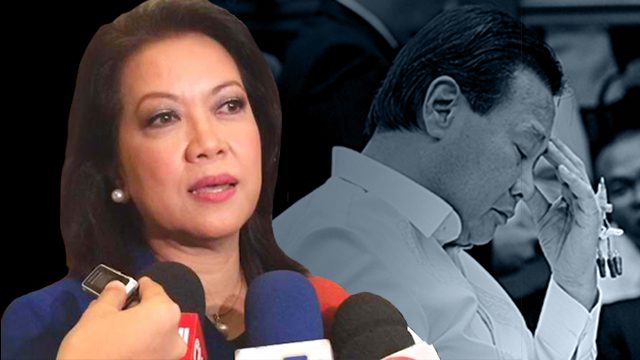 MANILA, Philippines – In 2012, former chief justice Renato Corona was impeached – making him the first in the history of the Supreme Court to be removed from office in that manner.

A little over 5 years later, his successor Chief Justice Maria Lourdes Sereno is facing the same challenge as the House committee on justice hears an impeachment complaint filed by lawyer Larry Gadon.

What are the differences – and similarities – in these two cases thus far? This will be updated as proceedings continue.

The complaint filed by lawyer Larry Gadon against Sereno is being tackled by the House committee on justice.

Unlike the Sereno complaint, which has so far taken two whole days of committee hearings, the complaint against Corona went directly to the Senate which acted as the impeachment court.

According to the Rules of Impeachment, a complaint may be directly endorsed to the Senate if it has been signed by at least 1/3 of the House. The Corona complaint had the support of 188 legislators.

The complaint against Sereno filed by Gadon, meanwhile, was endorsed by only 25 legislators. (READ: CJ Sereno asks lawmakers to choose democracy over partisan interest)

While the House of Representatives has the number to send the complaint to the Senate, House Speaker Pantaleon Alvarez in September 2017 said that he’d rather not take that route to avoid looking like “fools” before the impeachment court. (READ: Alvarez doesn’t want repeat of ‘unfair’ Corona impeachment for Sereno)

It can be remembered that during the impeachment trial of Corona, the House prosecution was heavily criticized for lack of preparation. After all, it was only a little over a month between the day the House impeached Corona and the first day of the historic trial. (READ: The prosecution’s original sin)

A lawyer for Sereno, on November 22, 2017, said that they were “inclined” to have impeachment proceedings “expedited” and brought to the Senate, adding that the rights of the Chief Magistrate “will be protected” there.

“It is our inclination to have the proceedings before the committee expedited if they believe that the complainant has evidence then by all means, prepare the articles of impeachment,” lawyer Alexander Poblador said.

2. Both hit by SALN issue

In the case of Sereno, the complaint filed by Gadon includes in its grounds for impeachment “numerous acts that comprise culpable violation of the Constitution, corruption, other high crimes, and betrayal of public trust.” (LOOK: Why petitioners want Sereno impeached)

The complaint lists supposed instances of delays and falsification of resolutions and temporary restraining orders. It also lists Sereno’s alleged manipulation of the Judicial and Bar Council shortlist for vacancies in the Sandiganbayan and Supreme Court. (READ: How Sereno answered her impeachment complaint)

But the “strongest” argument for impeachment facing Sereno is the allegation of untruthful declaration in her Statement of Assets, Liabilities, and Net Worth (SALN). She has, however, consistently denied these accusations. (READ: Sereno impeachment: Summary of the Chief Justice’s earnings, expenses)

The SALN issue is what connects the Corona and Sereno impeachment cases.

In the impeachment compliant filed by the House of Representatives, complainants cited Corona’s untruthful disclosures in his SALN. He was eventually convicted of culpable violation of the 1987 Constitution and betrayal of public trust after being found guilty by the impeachment court. He was found to have failed to disclose US$2.4 million and P80 million in bank deposits in his SALN. (READ: Decrowned: The fall of Renato Corona)

Other grounds for impeachment against Corona included the dubious nature of his appointment as Chief Justice to the Supreme Court as then president Gloria Macapagal Arroyo was concluding her term as president.

The appointment of Corona was considered a “midnight appointment” – made just a  month before the Aquino administration was to begin. The complaint against Corona also included a betrayal of public trust “through his track record marked by partiality and subservience in cases involving the Arroyo administration.”

3. Both caught the ‘ire’ of the sitting president

Both Sereno and Corona have been publicly called out by presidents.

Then president Benigno Aquino III consistently lashed out against Corona, calling his removal as key to achieving transparency and reforms in the judiciary. (READ: PNoy to Corona: ‘Huwag n’yo na kaming paikutan’)

Corona, however, maintained that Aquino’s campaign for his removal was due to his voting for the distribution of the 6,000-hectare Hacienda Luisita. Aquino, however, had already divested his shares in 2010. (READ: Corona found guilty, removed from office)

Sereno, meanwhile, has been asked various times by President Rodrigo Duterte to resign. The impeachment complaint filed against her is also supported by Duterte, even after he previously said he will not meddle with the process.

In October, he challenged both Sereno and Ombudsman Conchita Carpio-Morales to resign together with him because of the corruption allegations they face.

A month after on November 6, Malacañang called on the Chief Magistrate to step down.

“I call upon Chief Justice Sereno to really consider resigning only to spare the institution from any further damage,” Presidential Spokesperson Harry Roque said. – Rappler.com

This article will be updated as the impeachment proceedings continue.